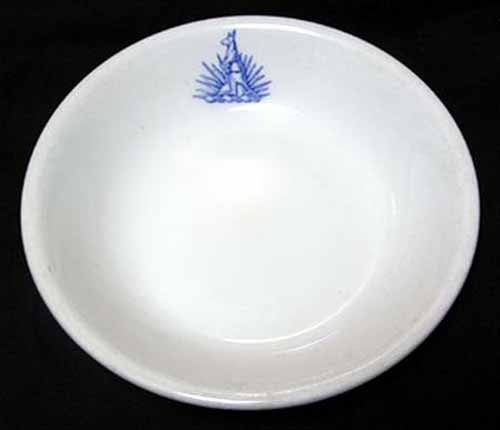 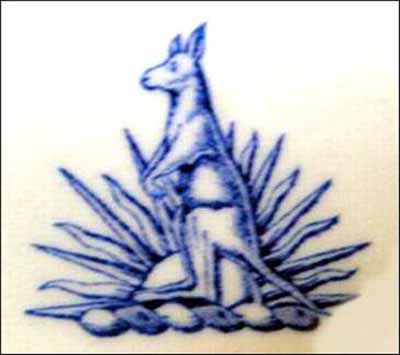 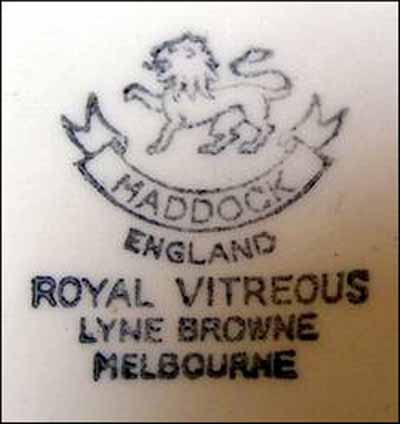 Australia's first bank, the Bank of New South Wales (BNSW) began operations in 1817, and continued operations through 1982, until it merged with the Commercial Bank of Australia to form Westpac (a portmanteau of "Western-Pacific," registered as the Westpac Banking Corporation). Click here for additional Wikipedia information about the BNSW and Westpac.

There are two variations of BNSW wares by John Maddock & Sons: a white body with blue crest only as shown below, and a white body with blue crest and yellow rim band border. The rising sun heraldry image on the crest dates back to 1906, while the kangaroo on the torse likely was chosen because of its Australian symbolism. The Coat of Arms was granted by the College of Heralds, London in 1931.