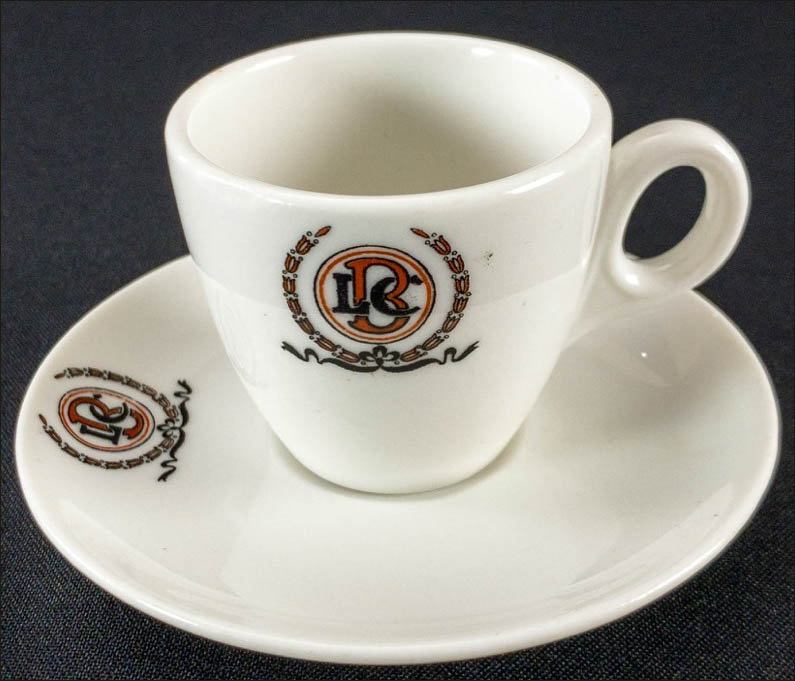 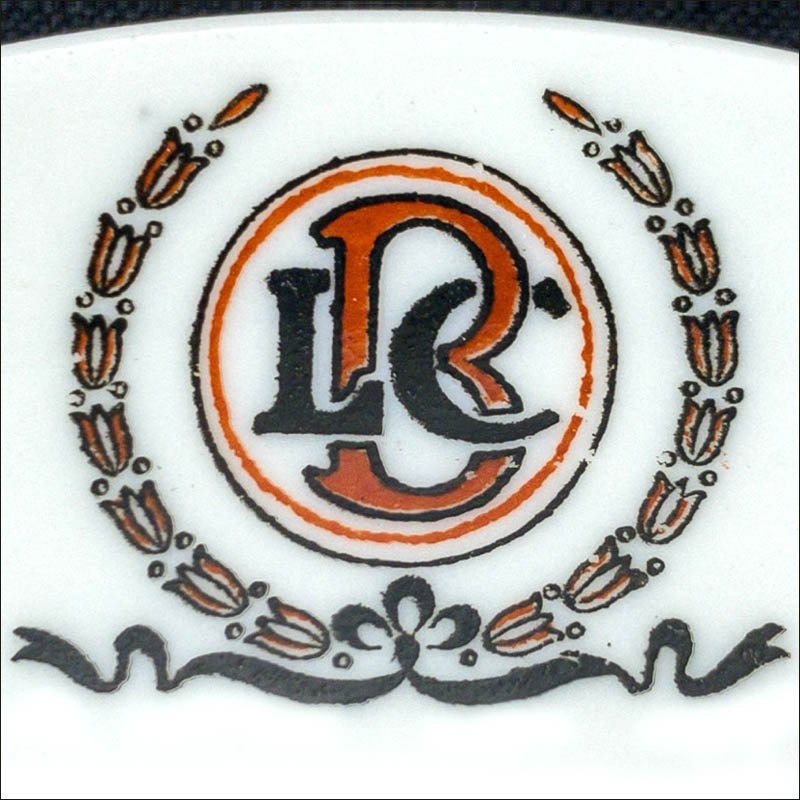 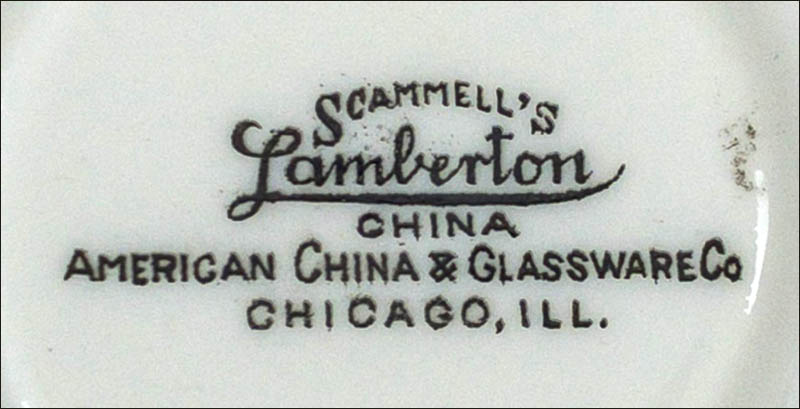 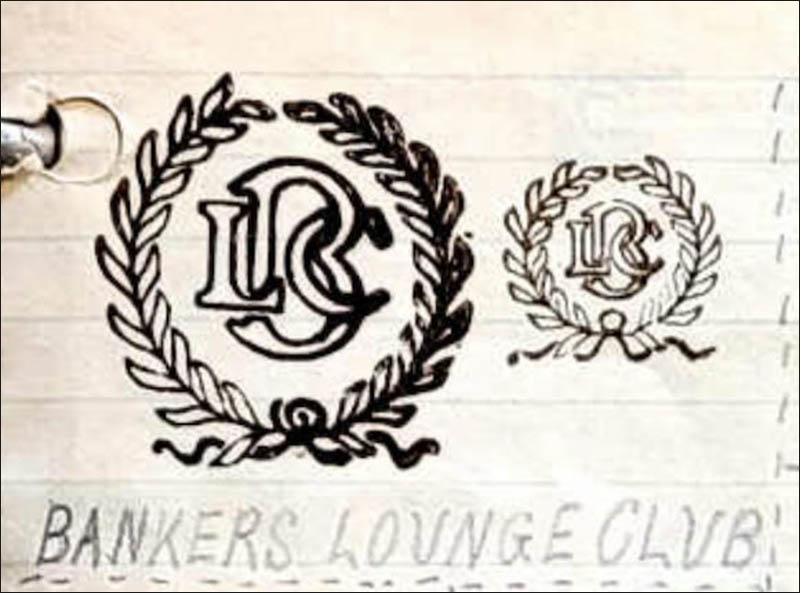 Drawing by Larry Paul from his files. 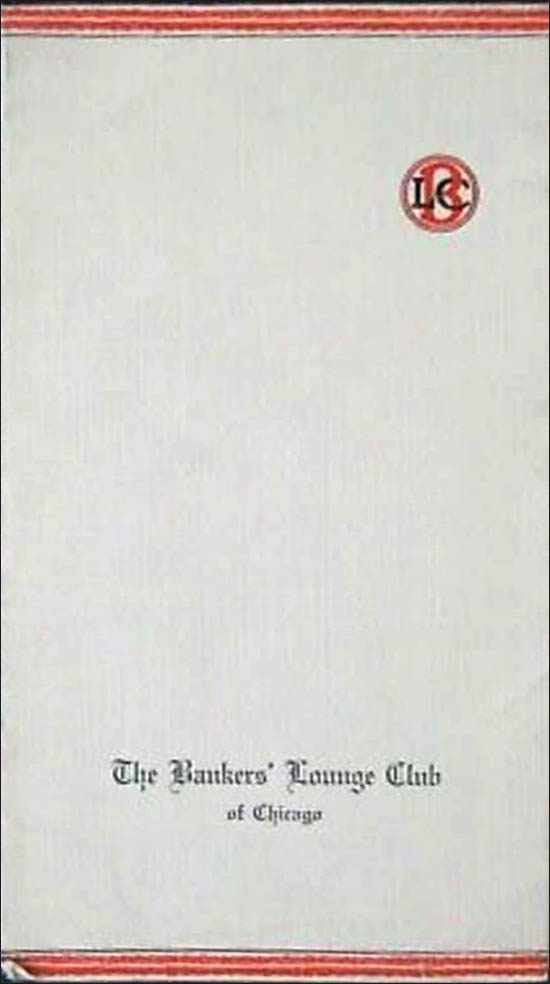 According to Larry Paul, "this china was only ordered once and Scammell ended up with a stack of logo decals that were never used."

Lamberton white body china with the club's logo placed on the cup's side and the saucer's border. The logo is a larger letter "B" in an orange/red with the smaller letter "L" in black placed to the left and slightly overlapping the "B," and the smaller letter "C" also in black piercing the center of the letter "B."  These three letters are encircled in two concentric circles of fine lines – the outer line circle in black and the inner line circle in the orange/red of the letter "B." All of these elements are partially encircled in a flower or leaf  design in a slightly lighter orange/red border, with a black ribbon and bow beneath.