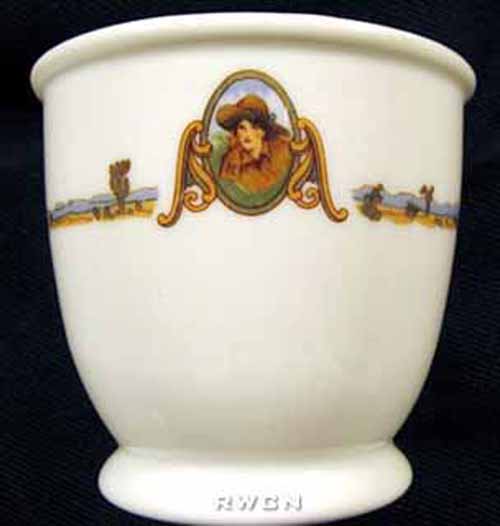 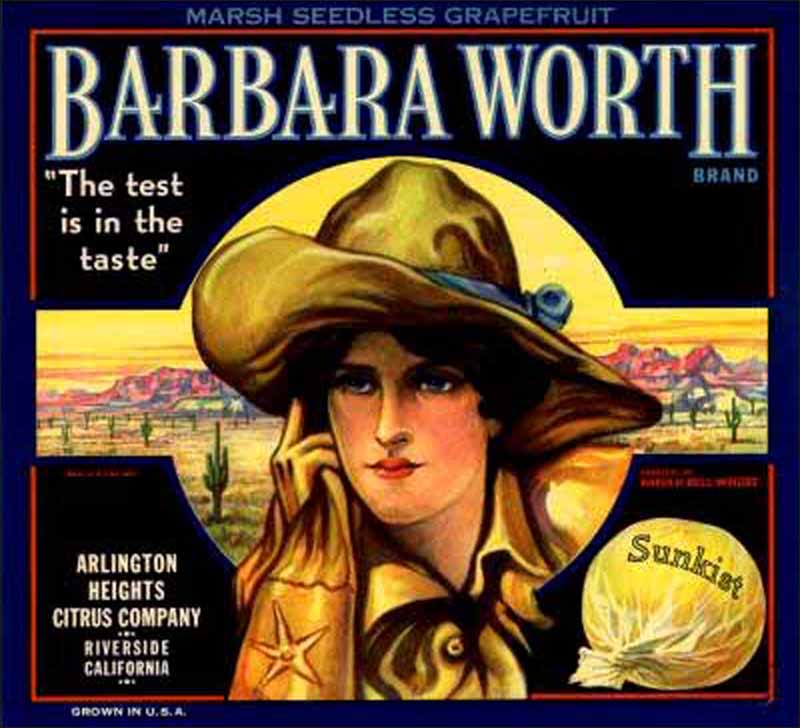 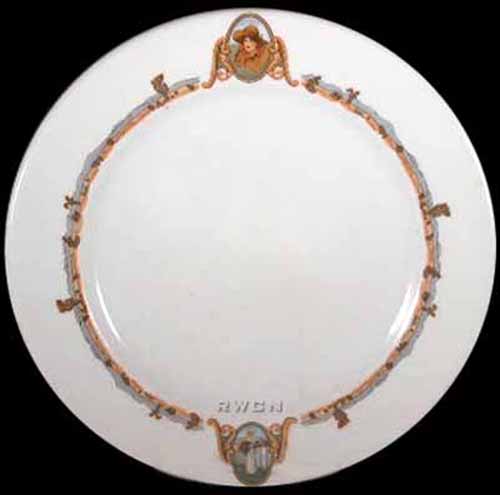 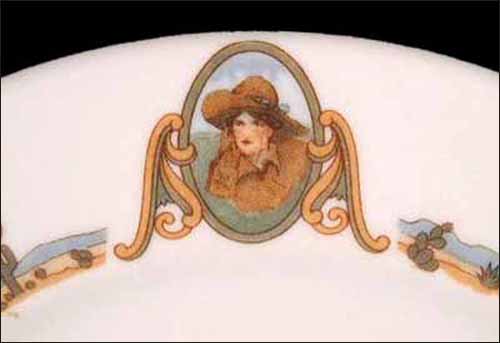 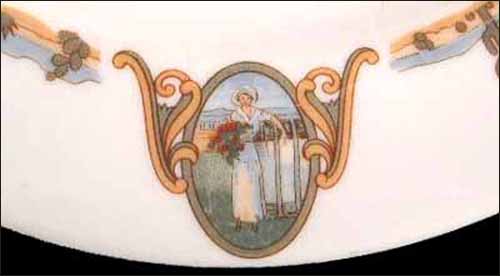 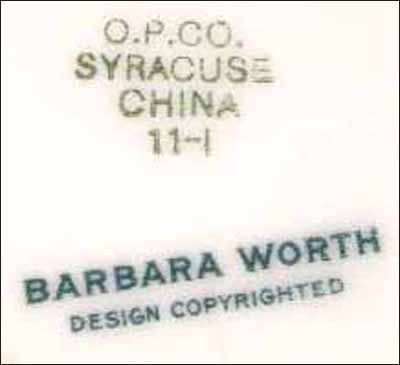 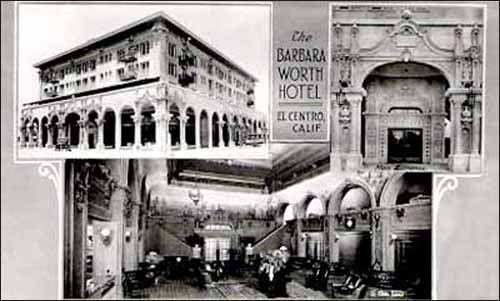 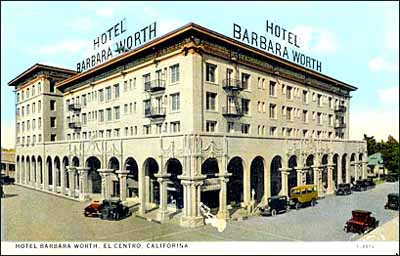 Notes: An entire industry seems to have arisen based on Harold Bell Wright's book, "The Winning of Barbara Worth." Not only was the hotel built, but a silent film based on the book was made at the hotel in 1926. And as seen below, there was a series of fruit box labels made based on the fictional heroine Barbara Worth.

In 1915, the hotel opened at Seventh and Main Streets, El Centro, CA and was in business until it burned in 1962. Typical of many hotels of this era, the Barbara Worth was advertised as fireproof and constructed of solid, reinforced concrete.

Harold Bell Wright and his family posed for the murals painted on the lobby walls, and he participated in social events there.

White body with mountain and cactus border; topmarked with a portrait illustration of the fictional heroine Barbara Worth.