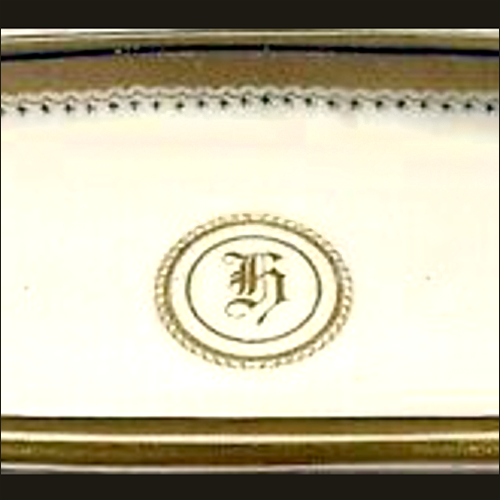 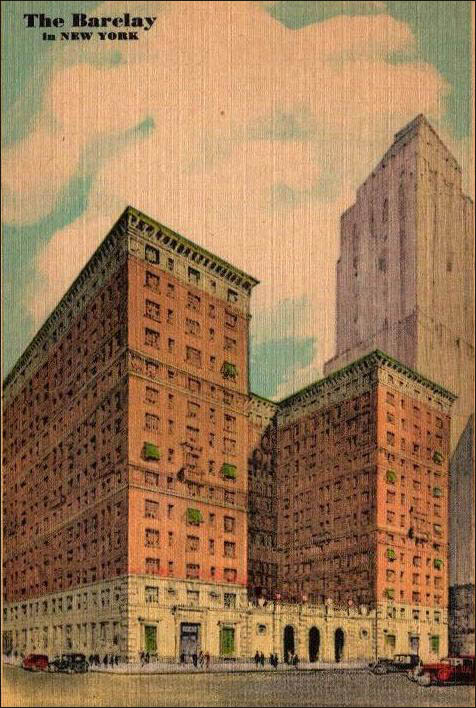 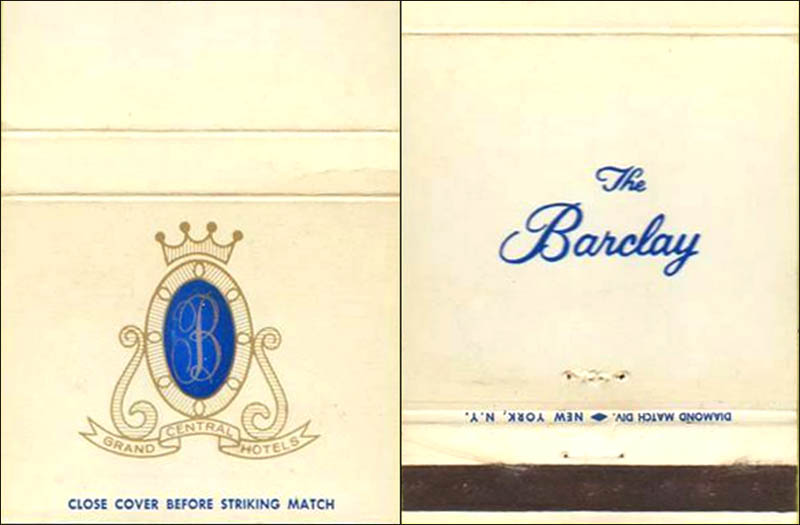 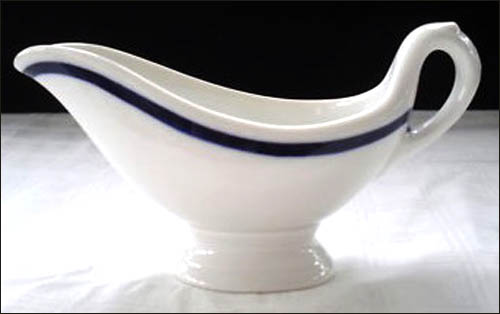 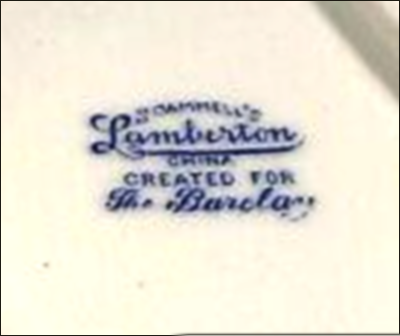 Notes: The 14-story, 840-room Barclay was the last of the four hotels built over the New York Central Railroad tracks leading into Grand Central Terminal. All of these hotels had underground passages that guest could use to walk to, and from, the terminal. The Barclay opened November 4, 1926, with a regal dinner-dance for Manhattan high society.  It was intended to mimic the quiet retreat of a great private home, with no convention hall or rental ballroom. It contained the largest number of residential units of these four hotels, with annual rentals ranging from $1,200 to $5,500.

By 1970, The Barclay was operated as one of the Lowes Corporation hotels. In July 1978, it became an Inter-Continental chain hotel. It is now known as the Intercontinental Barclay with 703 rooms.

Scammell created the Lamberton China service originally used in The Barclay. It is crested with an upper case, Old English-style "B" within a multi ringed circle.  The border is composed of a cobalt blue rim line flanked by coin gold pin lines. Below that is a wide coin gold lattice band, then a scallop line, with blue fleur de lis attached. Near the coin gold verge pin line there is a band of alternating blue and gold bellflowers. This china is backstamped "Created for The Barclay," with the style of "Scammell's Lamberton China" mark that was used during the mid 1920s.

The Scammell service plate used with this set is crested with the hotel's thistle logo, within an oval, in the center of the well. These service plates were also made by Buffalo Pottery. See The Barclay Hotel 2 for photographs of the service plate.

Scammell made another service that contains a single cobalt blue band, shown above. This pattern has the same backstamp as the one used on the more elaborate china service.