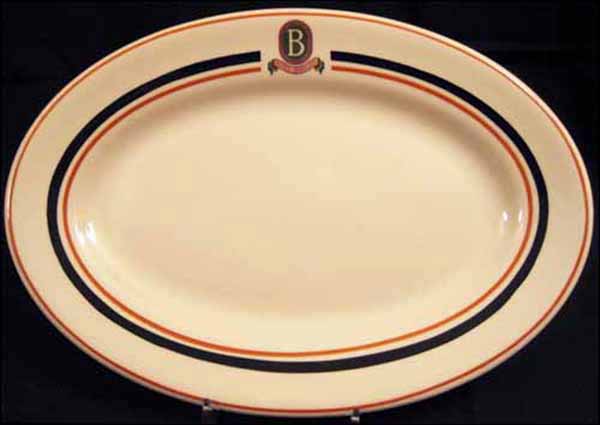 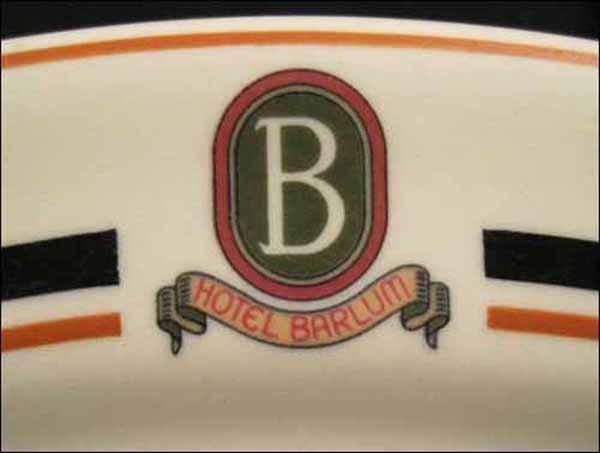 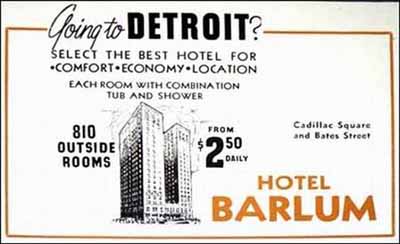 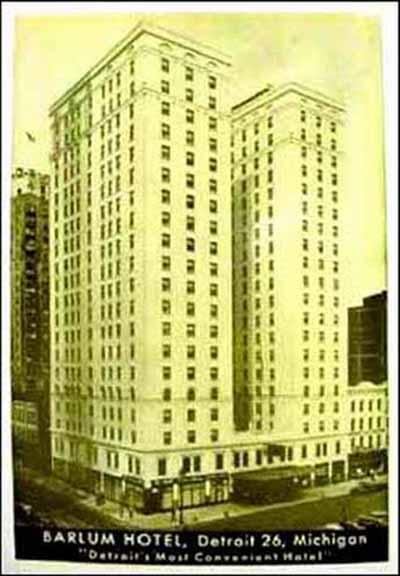 Notes: The 21-story, 800-room Barlum Hotel was located at 111 Cadillac Square in Detroit, Michigan. It was built in 1926 by John H. Barlum, owner of Barlum Steamship Co. and president of Detroit Street Railways, along with his two brothers. Unfortunately, the Great Depression was not good to John for he lost his hotel and the 40-story Barlum Tower (now the Cadillac Tower) next door.

Two different hotel groups controlled the hotel unsuccessfully and the City of Detroit took it for back taxes in 1941. In 1942, the hotel was sold to Henry Keywell for $540,000. The hotel was refurbished with furniture and draperies from the Stevens Hotel, Chicago and reopened in May 1943.

In 1958 it was remodeled again and named The Henrose. The hotel was purchased yet again in 1966 and converted to apartments and reopened April 1967. It is now (2020) the New Cadillac Square Apartments.

Ivory body with burnt orange lines and black band on rim, broken by logo of concentric ovals of maroon and green with the letter B and a banner with the name Hotel Barlum.