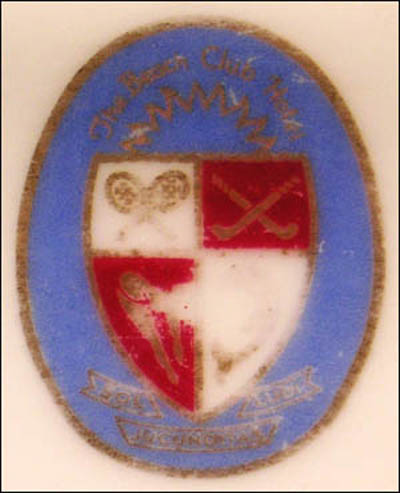 Notes: The Beach Club Hotel, originally located at 851 1st St., N. Naples, Florida, opened in the 1930s with about 70 rooms. Built in 1929 by Allen Joslin, husband to Lois, the heiress of the Jergens hand lotion fortune, The Beach Club was the first building at the site of The Naples Beach Hotel & Golf Club in operation today.

According to the hotel's website, retired toy manufacturer, Henry B. Watkins Sr. from Ohio, purchased The Beach Club with its golf course in 1946 and developed the resort as demand grew over the decades. The 9-story Watkins Wing, which opened January 1, 1972, brought the total count up to 360 rooms. Mr. Watkins Sr. died in 1989 at the age of 91. The Naples Beach Hotel & Golf Club resort continues operations today under the management of son, Henry B. Watkins, Jr.