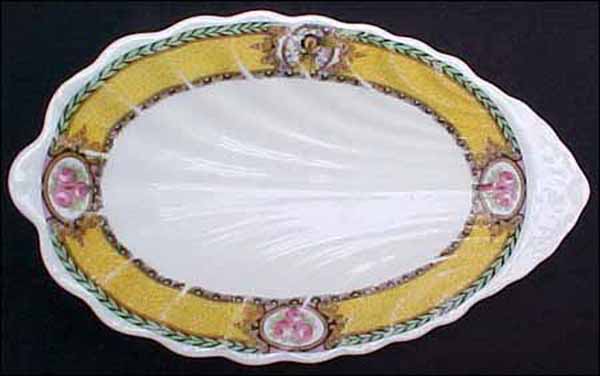 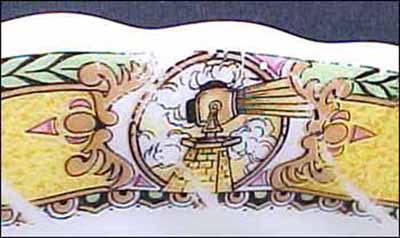 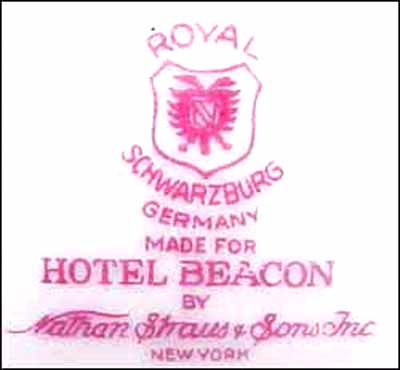 Notes: Located on the former site of the St. Helene Apartments at Broadway & 75th Street in New York City, the original 24-story, 500-room, Hotel Beacon opened in 1929. Not found in the 1968 Hotel Red Book, but the hotel was renovated in 1999 with 220 rooms. Click here for the hotel website.

White body with a multi-colored green, golden yellow, brown, black and pink border, featuring cameo rosettes and a topmark of a searchlight (or beacon) shining a bright beam of light from a pillar top.