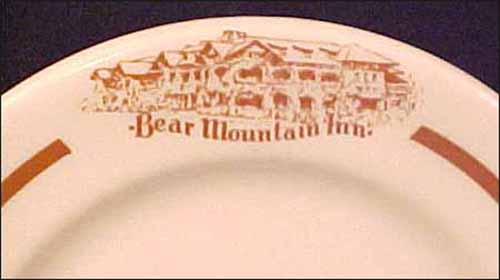 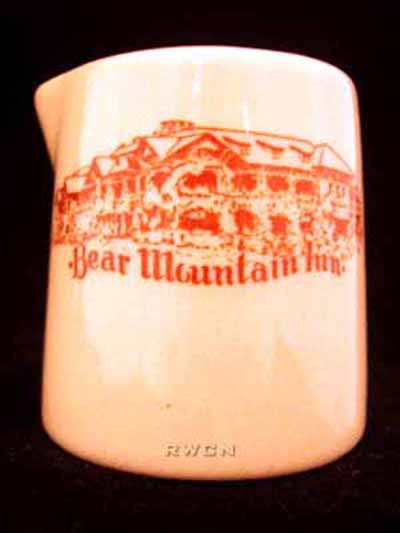 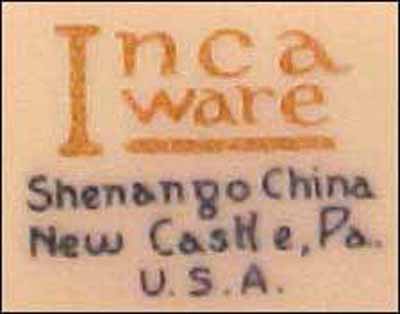 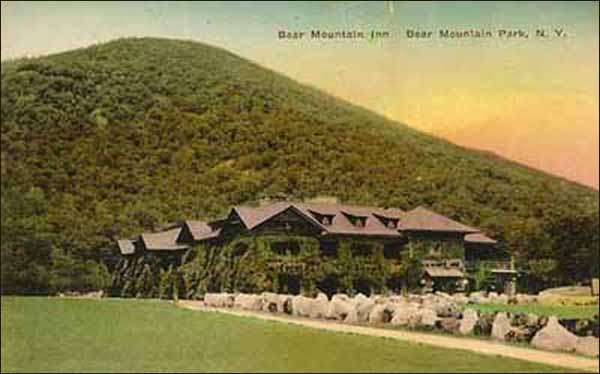 Notes: What started out as a bus terminal and shelter for the 5,000 acre Bear Mountain State Park in Bear Mountain, NY, by 1929, was a 150-room, 2-story inn that was constructed by people from the Palisades Park Commission (that ran the park) using stone, wood (mostly chestnut & birch), and hand-wrought iron to create a beautiful hand-crafted retreat on the west side of Hessian Lake. In 1980, there was a $2 million renovation to the restaurants, and in 1990, a general renovation.

By 2000, the inn cut back its rooms to 61 and increased their conference and meeting rooms to 27,000 square feet. The inn later was renamed the Bear Mountain Inn and Conference Center. It consists of the Main Inn, the Stone Lodges, and Overlook Lodges on both sides of Hessian lake.