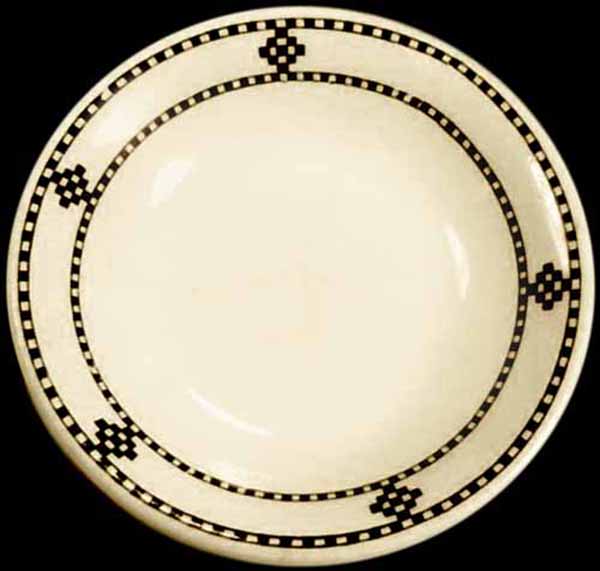 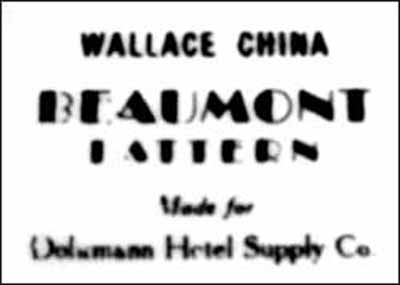 Note: Dohrmann Hotel Supply was based in San Francisco, Calif., and was incorporated circa 1904.

The bowl has two concentric circles on the rim made up of a black and white checkerboard pattern, with checkerboard motifs spaced at intervals between the circles.