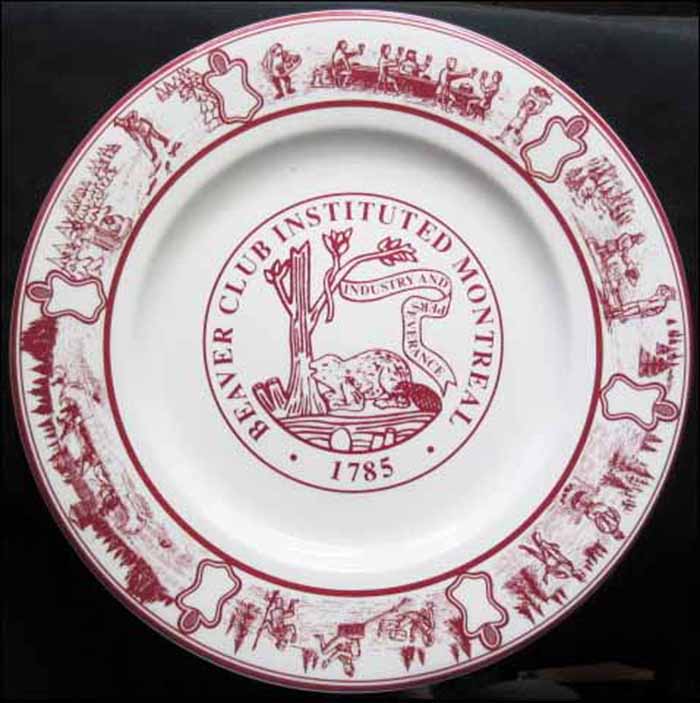 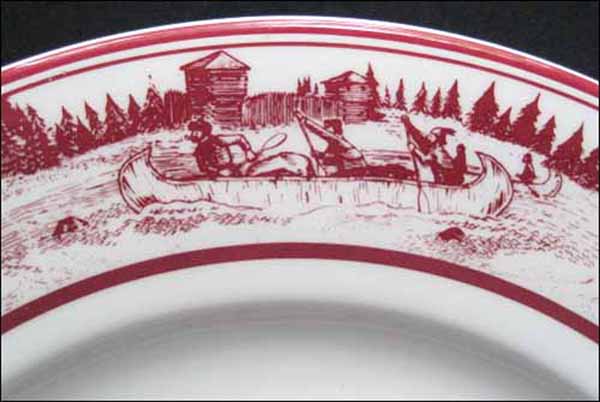 Notes: This service plate was used at The Beaver Club restaurant, located in the Fairmont-The Queen Elizabeth Hotel, 900 Rene Levesque Blvd. West, Montreal, Quebec, Canada. For more than 50 years, this restaurant served gourmet meals to the wealthy and famous, including Fidel Castro, the Dalai Lama, and Queen Elizabeth II, until it closed in March 2014.

Considered the oldest gastronomic club in Canada, The Beaver Club was founded in 1875 as a gentleman's dining club for predominantly English-speaking men who had gained control of the fur trade of Montreal. According to the club's rules, the object of their meeting was 'to bring together, at stated periods during the winter season, a set of men highly respectable in society, who had passed their best days in a savage country and had encountered the difficulties and dangers incident to a pursuit of the fur trade of Canada." (Source: Wikipedia)