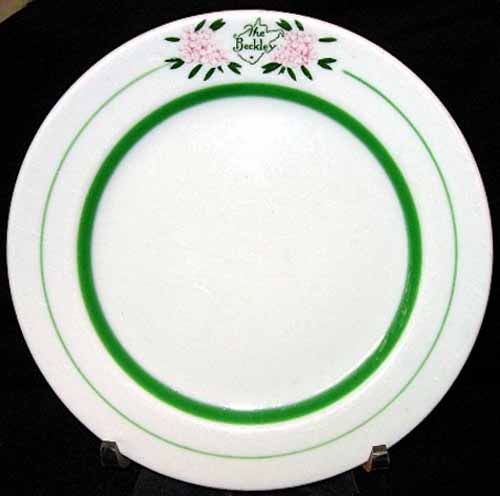 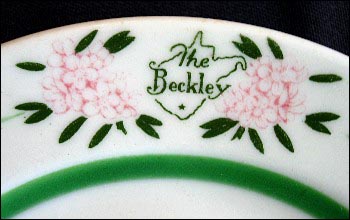 Notes: The Beckley Hotel, located at the corner of Main and North Kanawha Streets in Beckley, W.V., had its grand opening March 1, 1916. Twenty-five rooms were available but by 1925 it expanded to 100 rooms. By the 1940s it was known as Beckley's largest and finest hotel and was called the New Beckley Hotel. It closed its doors circa 1981 and is now called Executive Manor, a senior citizen apartment complex.

White body, green outline of West Virginia with a star indicating the location of Beckley. Pink rhododendron blossoms, the state flower, are on either side with green accent lines.

For additional info:
History of Beckley and Raleigh County