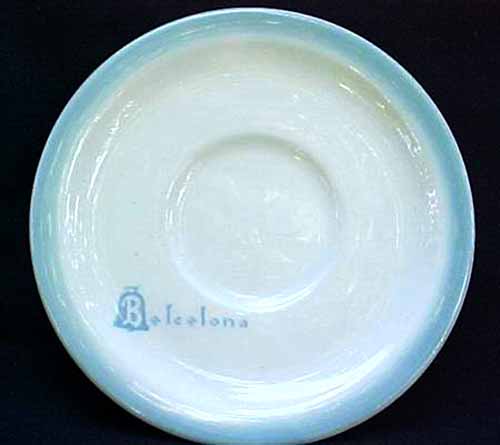 Notes: More than 60 years ago, Ernest Kouwen-Hoven erected the first building on what is now the Florida Air Academy campus. It was a magnificent Spanish Mediterranean-style mansion, complete with authentic Art Deco interior. He used the mansion as his home for only one year, before selling it in 1926 to A.S. Widrig, who added extra rooms to it and renamed the property "The Lincoln Hotel."

In 1957, The Lincoln Hotel was sold to August J. Rimer, the original owner of the Green Bay Packers. He renamed that hotel "The Belcelona." Rimer sold The Belcelona Hotel in 1961 to Jonathan Dwight, an educator and aviation enthusiast from New Jersey. Several months later, with his wife Emmy Dwight, he founded Florida Air Academy, a military-style college preparatory school for young men. The school went coed in 2005.

White body and blue-gray airbrushed rim with "Belcelona" logo in the same color.