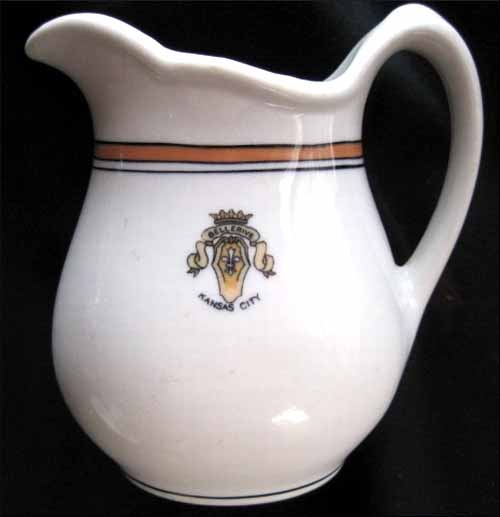 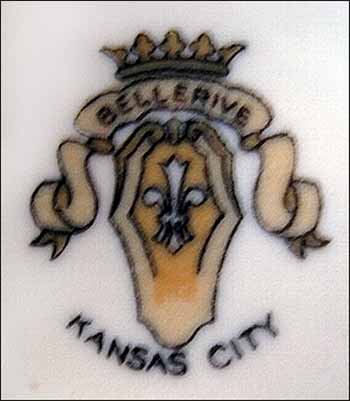 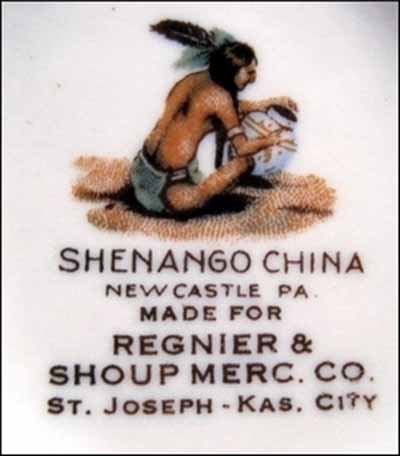 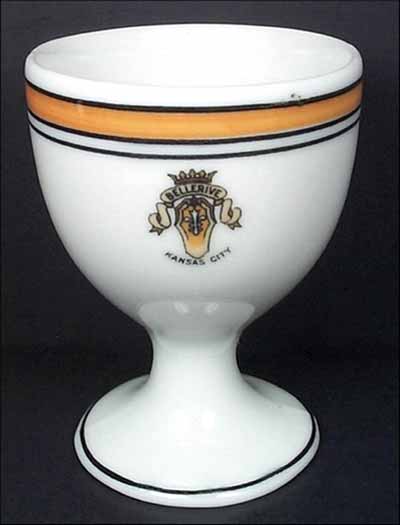 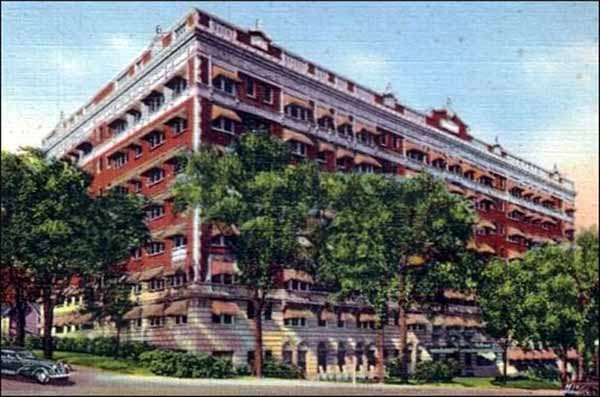 Notes: The Bellerive Hotel is located at 214 East Armour Boulevard, in Kansas City, Missouri. It was designed by Preston Bradshaw, and constructed in 1922 of brick, terra cotta and limestone. When the Bellerive opened its doors in 1923, the eight-story, 200-room hotel was the largest luxury apartment hotel in Kansas City.

It was the home of the Casbah Room, the Zephyr Room, and the Cafe Boulevard. By the 1970s, the hotel was in decline and was placed on the National Register of Historic Places on February 28, 1980. By the 1990s, the Bellerive Hotel was a 140-unit apartment building.

White body with alternating black line, orange band, double black line border. Topmarked with the Bellerive Hotel crest logo, featuring a five point crown above a ribbon with the word Bellerive and a shield with the words "Kansas City" beneath.