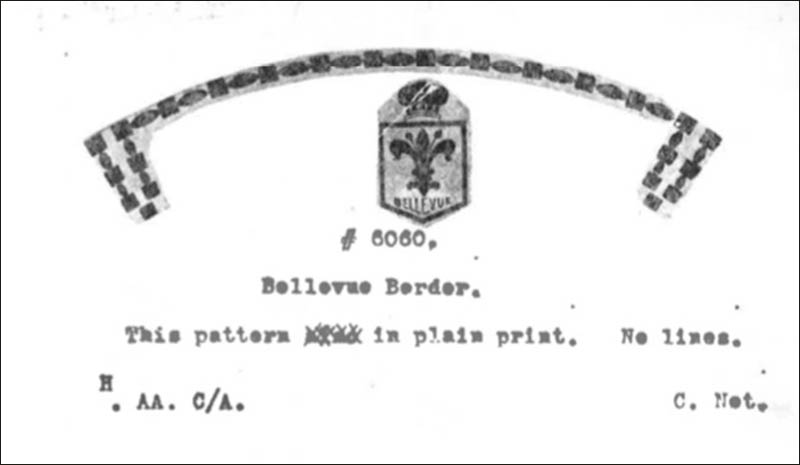 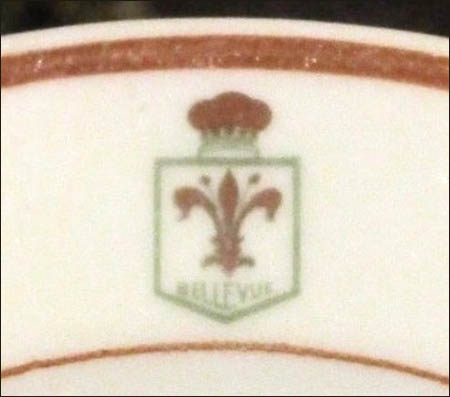 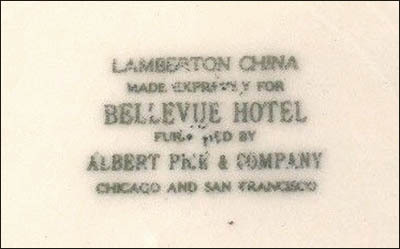 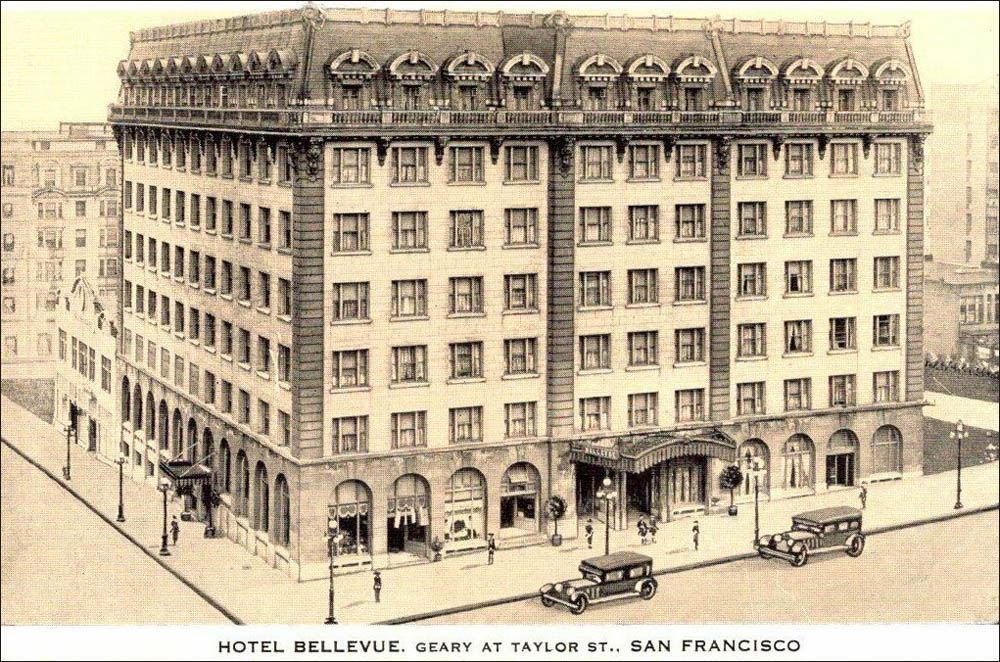 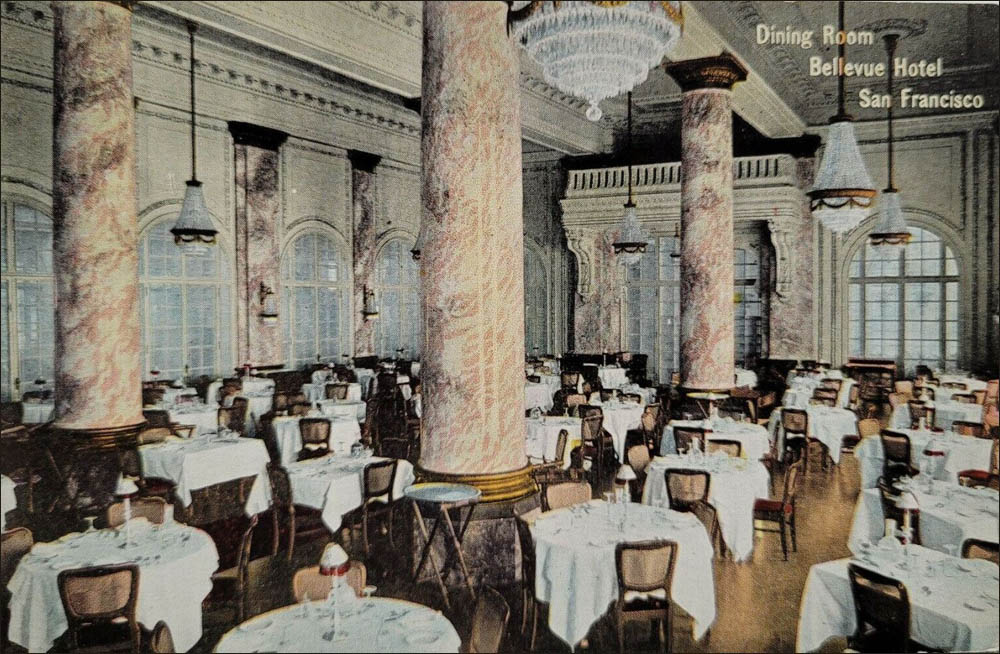 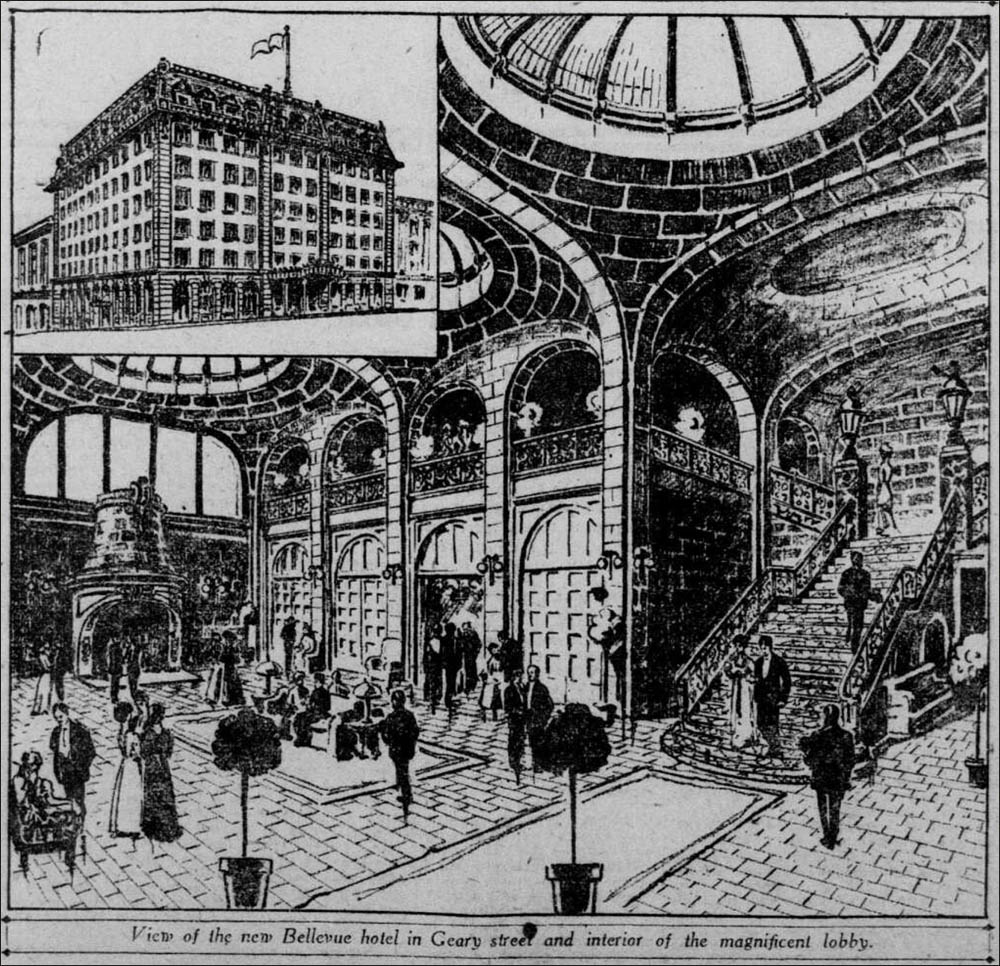 Notes: The seven-story, 300-room with bath, Bellevue Hotel at 505 Geary Street, San Francisco, California opened in August 1910. In June 1995, the hotel was renamed Hotel Monaco. Following a major facelift in 2018 it reopened as The Marker, operated by Joie de Vivre Hotels. The dining room has been operating as Tratto since 2016.

Maddock Pottery made at least two crested patterns for the Bellevue.  One pattern has the hotel's shield with fluer de lis crest in brick red and green below a border of green squares and lozenge shapes. This decal border was created for the Bellevue and is shown in the Maddock pattern sample book as "#6060 Bellevue Border". The other known pattern has the same decal shield crest, with a brick red rim line and a verge pin line. This china is back stamped for the hotel and was supplied by Albert Pick & Co. Some pieces contain "Chicago and San Francisco" indicating that they were made during, or after, 1913, when the San Francisco Pick location opened.