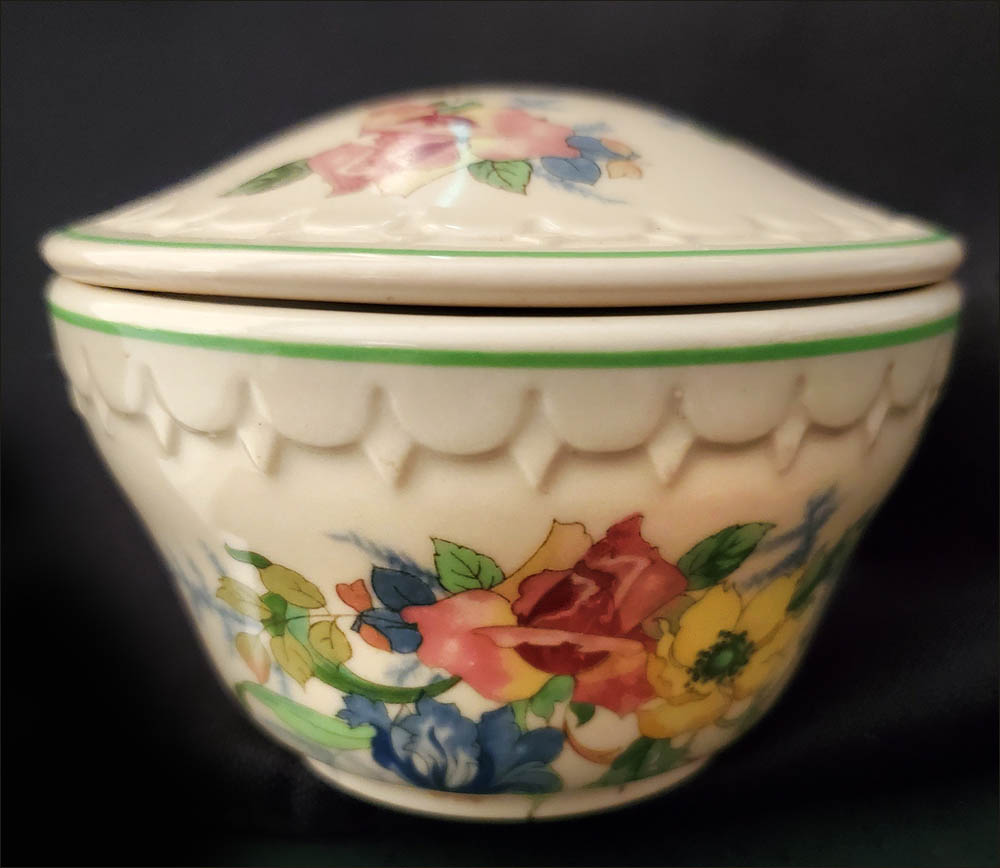 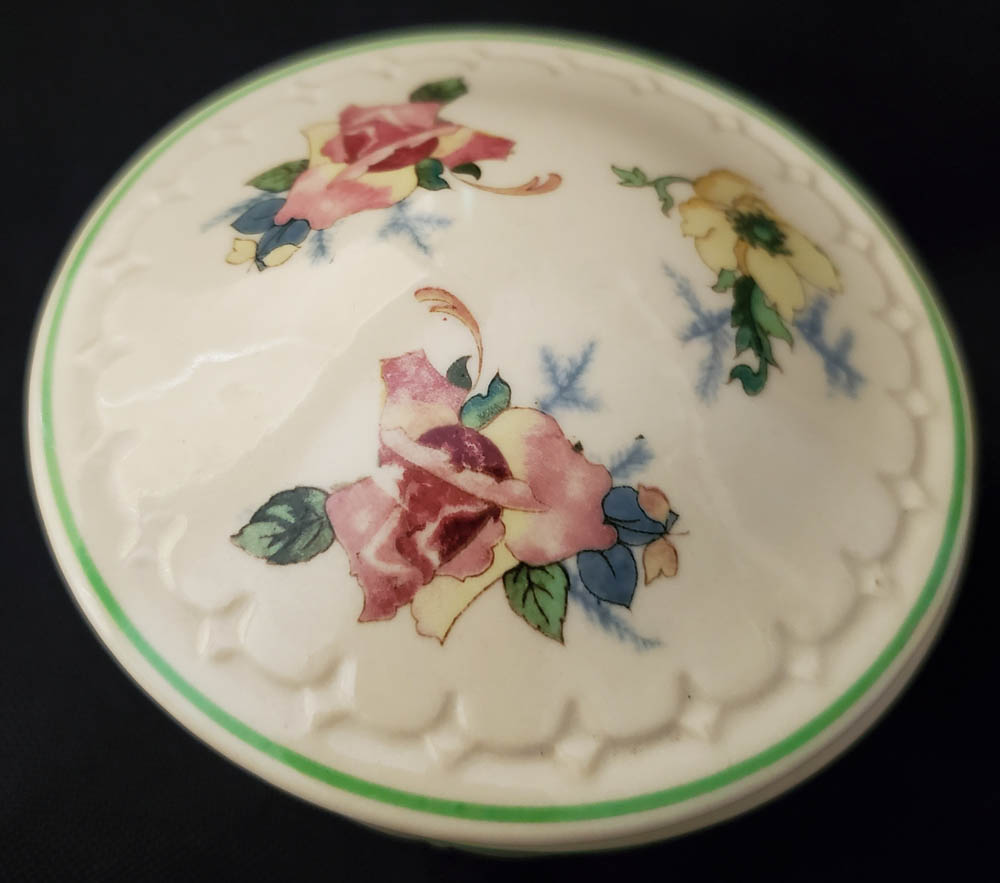 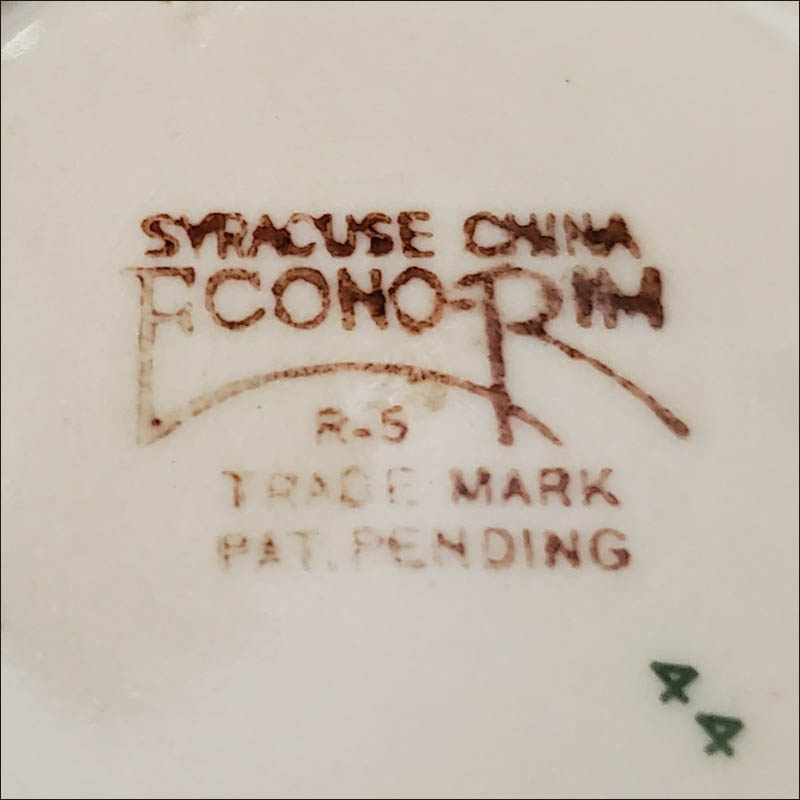 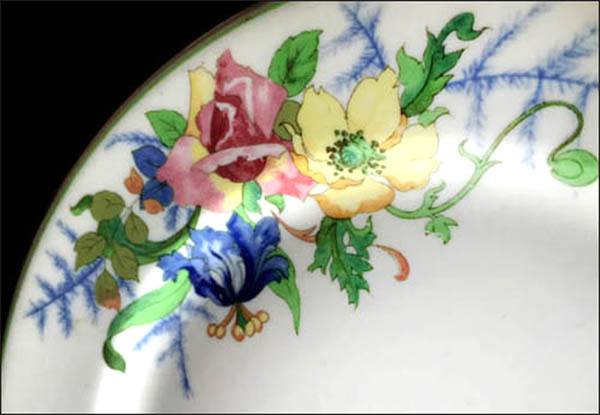 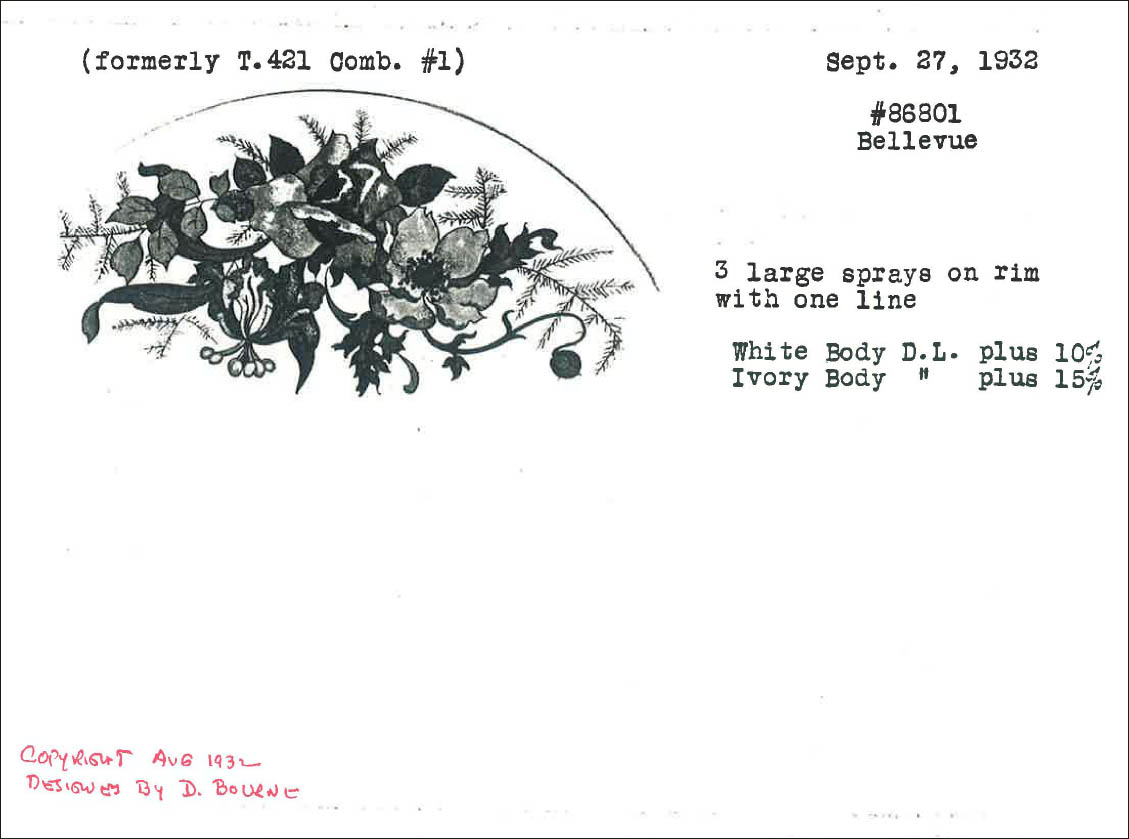 Notes: Thanks to information provided by Bill Calnan, we know the Bellevue pattern was "designed by Douglas Bourne in 1932, about the same time that Guy Cowan was designing the Econo-Rim shape" shown on this covered bouillon.

Bellevue is shown in a binder (shown above) of Syracuse patterns with a date of Sept. 27, 1932, and available on either a white or ivory body.

Flowers are depicted in groupings and individually in reds and pinks and yellow and blue with a single bright green line or stripe running around the rim. Some of the flowers appear to be roses and poppies.