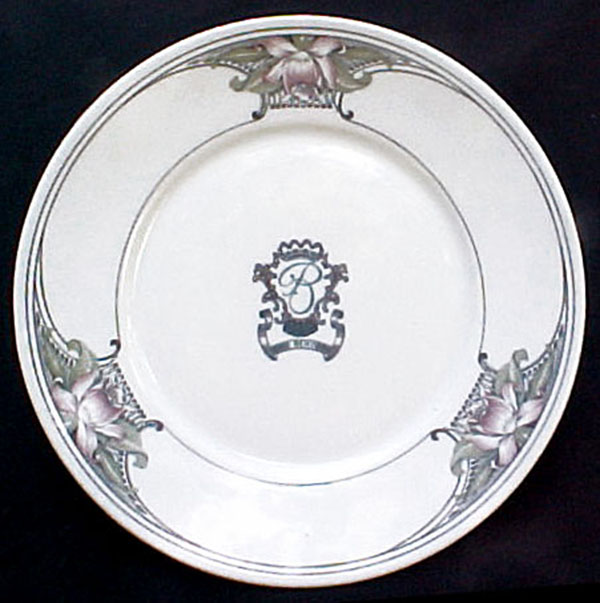 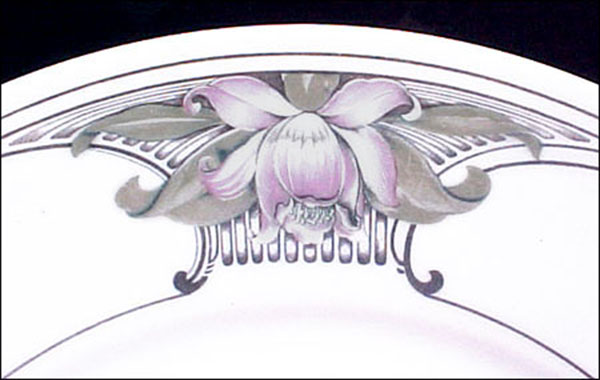 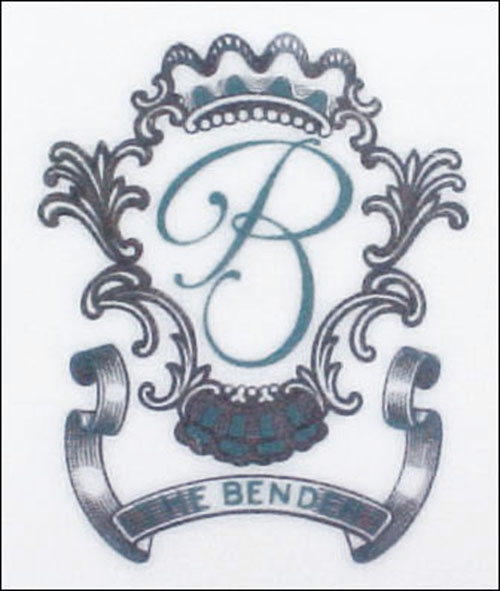 Notes: Located on Main and Walker Streets in Houston, Texas, this ten-story, 300-room hotel opened in 1911 and boasted the South's only electric grill. Not listed in 1933 HRB, but later became the San Jacinto Building, which was demolished by March 2004.

White plate with Art Nouveau-style border treatment of swirls and flowers in shades of black, gray and pink. Center shield in gray and teal features a script B in the center and a banner reading The Bender below.