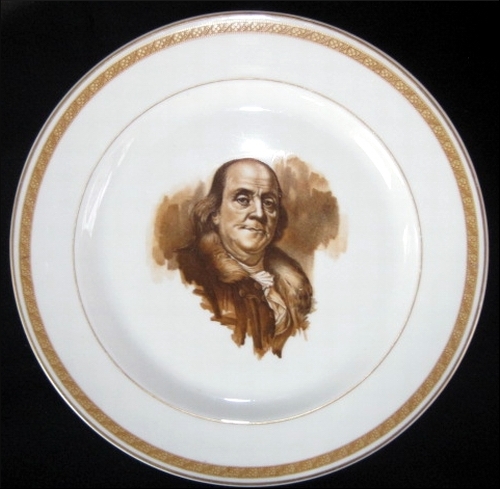 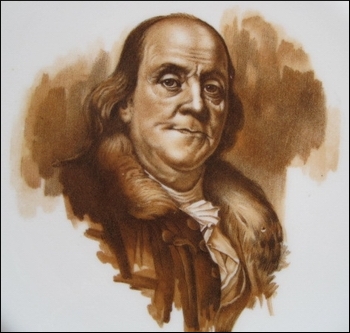 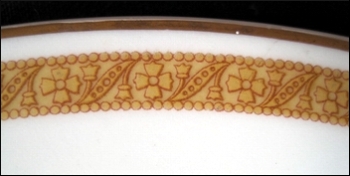 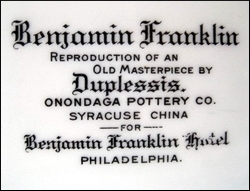 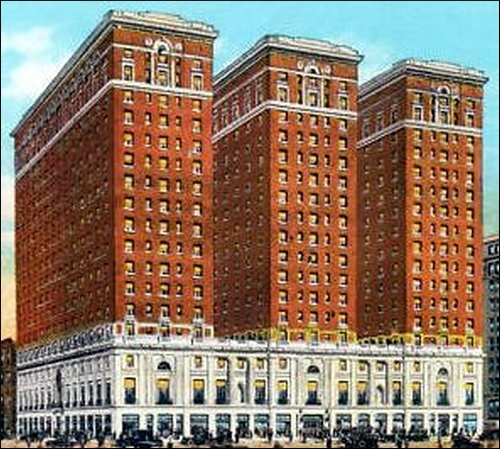 The hotel was "Philadelphia's social center for the finest in food, entertainment and dancing" and home of the Garden Terrace supper room, Coral Cafe, the Kite and Key cocktail lounge, and a Ballroom that could accommodate 1,800.

In the mid-1980s the hotel was renovated and reopened as the Benjamin Franklin House, consisting of 412 apartments. It was known as The Franklin Residences in 2011.

White body service plate with coin gold line and wide floral band on the rim with another coin gold line on the verge. The well of the plate has a reproduction image of Benjamin Franklin by Duplessis.