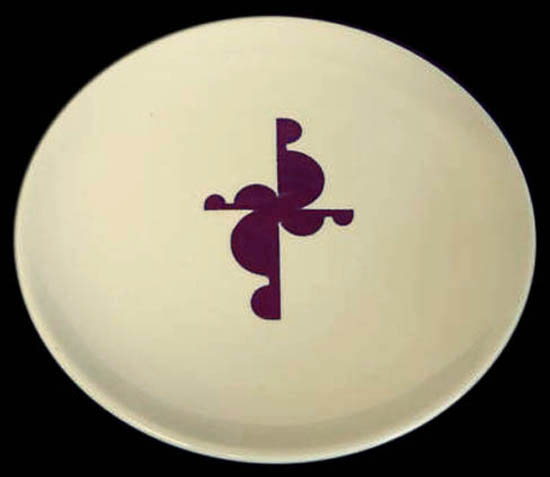 Notes: The Berkshire Hotel, located at 19 E. 52nd Street in New York City, was home to the 150-seat Elbow Room designed by Norman Bel-Geddes. Opening in April 1938 at a cost of $200,000, the Elbow Room was considered one of the most elegant and exclusive private clubs of New York, yet it was a financial flop. Less than a year after its opening, the Elbow Room was remodeled under new management and reopened as the Barberry Room. The Barberry Room operated successfully into the late 1960s and was frequented by theatrical and television people, many from CBS headquarters just across the street on Madison Avenue.

Artist Salvador Dali dined at the Barberry in March 1960 and took offense at a William-Adolphe Bouguereau painting in the dining room depicting a satyr surrounded by nymphs. Dali reportedly considered Bouguereau's nymphs to be bad art and struck a deal with the hotel to trade his own painting of nymphs for the Bouguereau. Dali returned to the dining room days later and, as well-heeled diners watched and dodged paint, created an abstract impression of nymphs. He used a rubber cap on his head to apply the paint to a seven-foot canvas. The Barberry Room displayed Dali's nymphs for a time, but by 1979 it had been relegated to a linen closet. In 2015, Christie's auctioned the Salvador Dali's large seven-foot canvas created for the Barberry Room for $365,000.

This ID is based on a matchbook showing the same design as in the center of the well, which is composed of four deep rust or burgundy "B" silhouettes – two large and two small and forming a cross shape. This coupe shape was used for the 10 ½" and smaller plates. The service plate, not shown, had a full rim of solid color that matched the center motif.