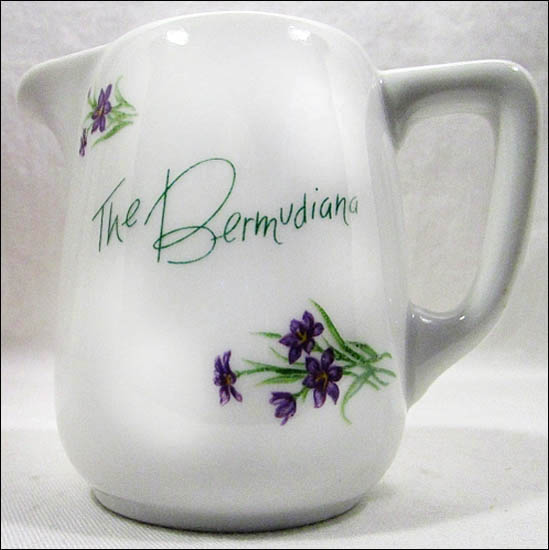 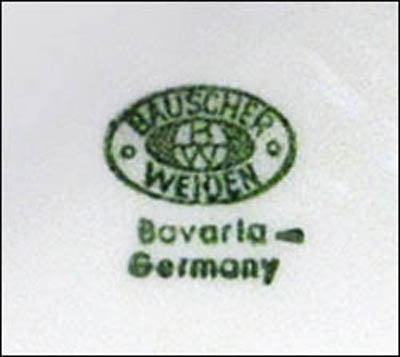 Notes: The original Bermudiana Hotel was built in 1924 overlooking Hamilton Harbor by the Furness-Withy Shipping Line. The Bermuda Trade Developement Board advertised the hotel as "fire-proof." Those words would come back to haunt them in 1958.

As early as 1955, the Trade Board was after the then owner, British Industrialst Sir Harold Wehrner, to do something about the "faded opulence." He didn't, and in 1958 the hotel burned to the ground. The Board wanted him to rebuild in the style of Bermuda Architecture, but he opted for a 237-room "steel and glass" building.

White body with purple flowers and green grass like leaves placed in groupings. Topmarked with The Bermudiana in blue green.

Photos and ID contributed by lady*bird