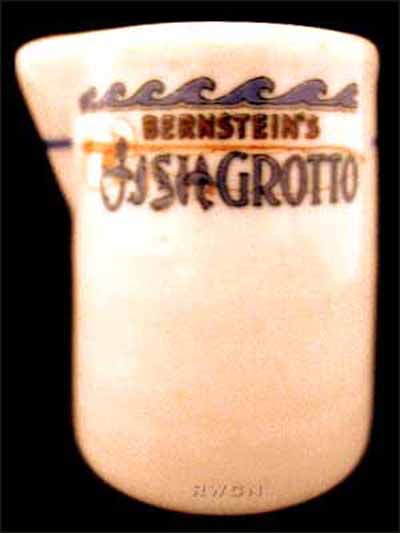 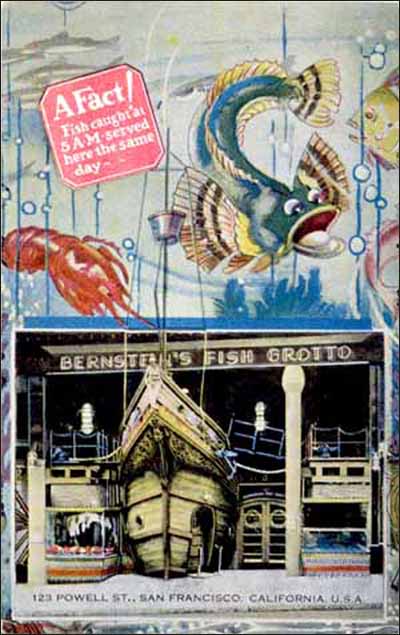 Notes: Opened by Maurice Bernstein (1886-1932) in 1907, Bernstein's Fish Grotto was known for its unique entrance, a ship's bow jutting into the sidewalk. It was intended to be a reproduction of Christopher Columbus' ship Niña. Inside the restaurant, the marine theme continued with seven dining rooms styled to look like ship's cabins: the Fisherman's Cave, the Pilot Room, the Sun Deck, the Main Salon, the Cabin Nooks, the Upper Deck and the Porthole Counter. The sister restaurant in Los Angeles, was also known for its Coo-Coo Clams from Coo-Coo Cove.

Located at 123 Powell Street, near the end of the cable car line, the Grotto was a popular tourist attraction for many years until it closed in 1981.

Click here to view a photo of the exterior ship's bow with mermaid featured in Art and Architecture.