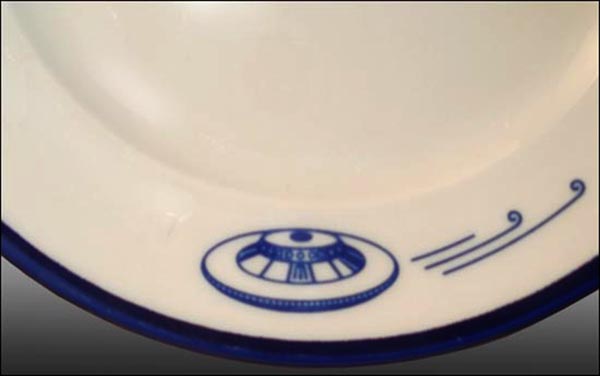 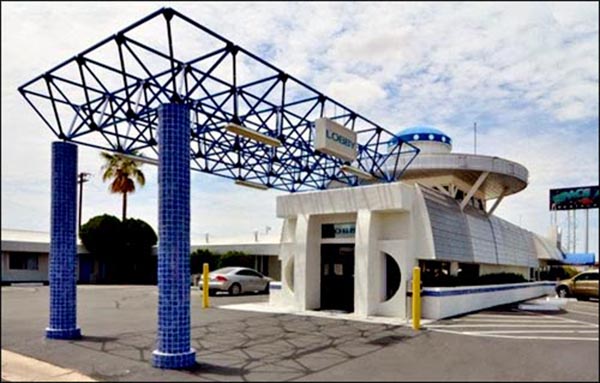 Notes: This pattern is used in the Space Age Outer Limits Restaurant of the Best Western Space Age Lodge, located in Gila Bend, Arizona. The entire motel is decked out in an alien or outer space motif, as evidenced by the photo above that shows the theme in the architecture. Photos online document this china in use, and the same logo is even used for room numbers.

The plate has a navy blue band and several alien space ships – also in deep blue – located around the rim.