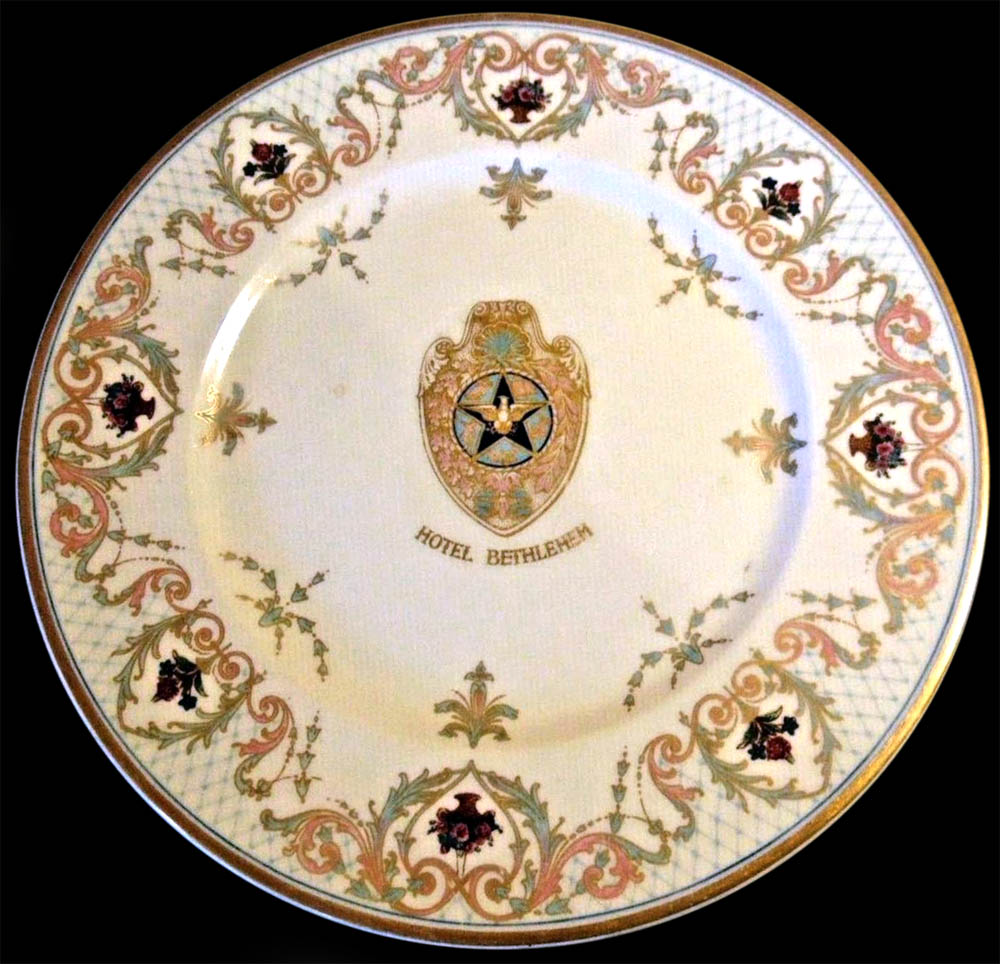 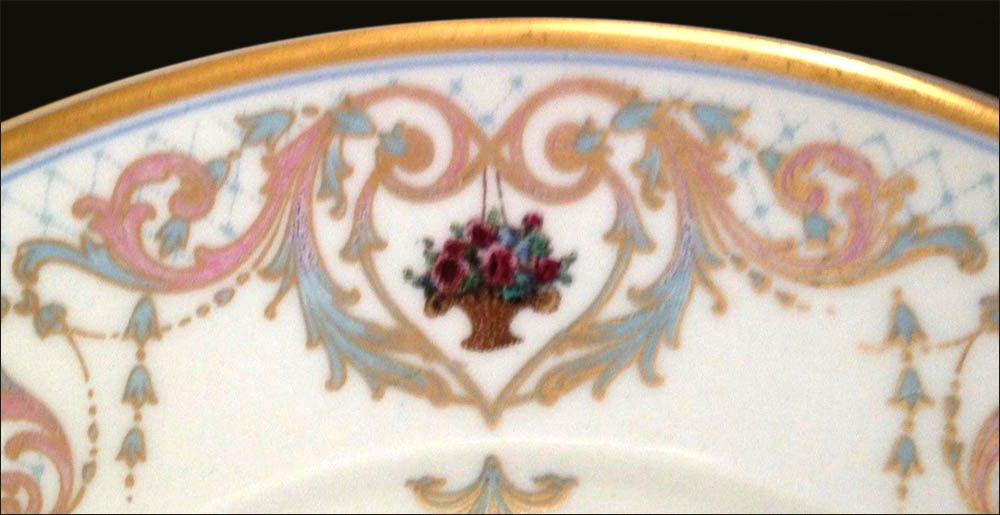 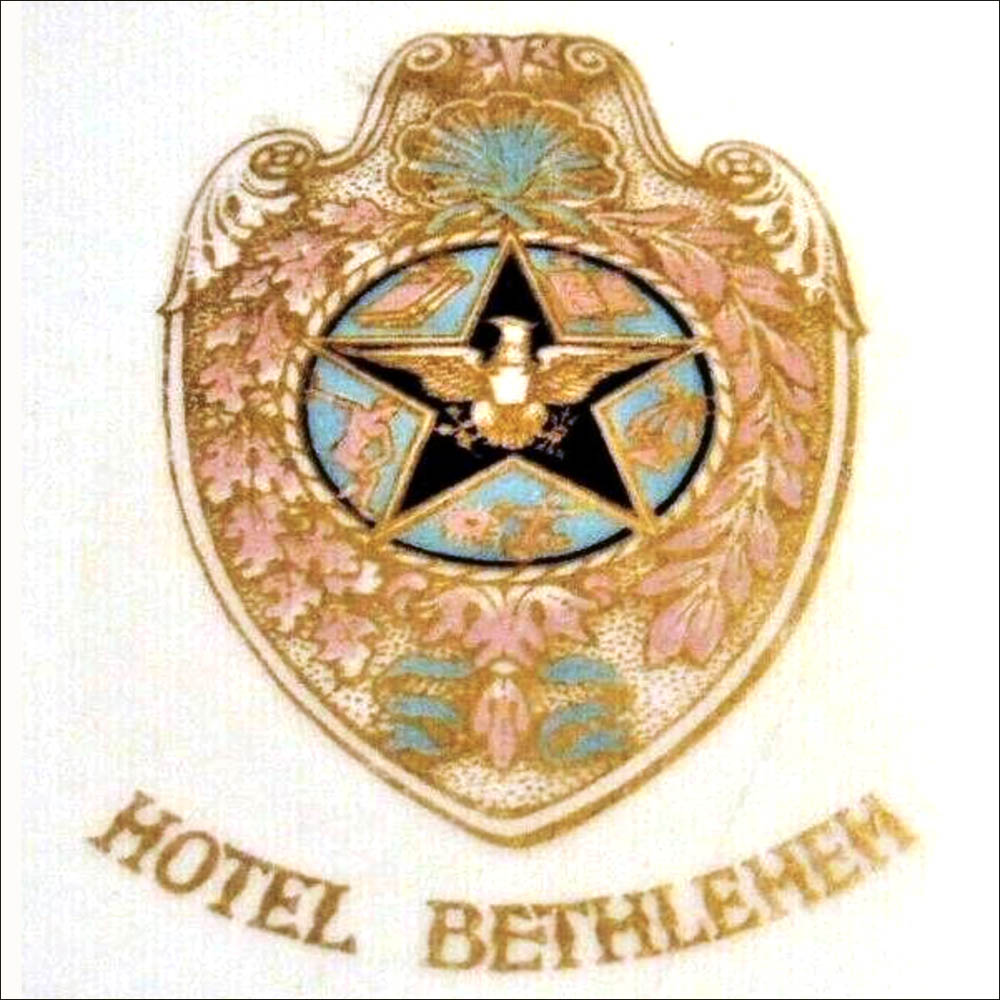 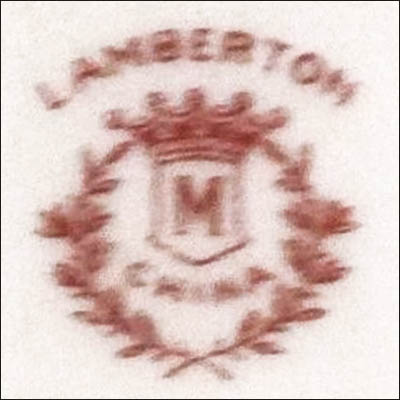 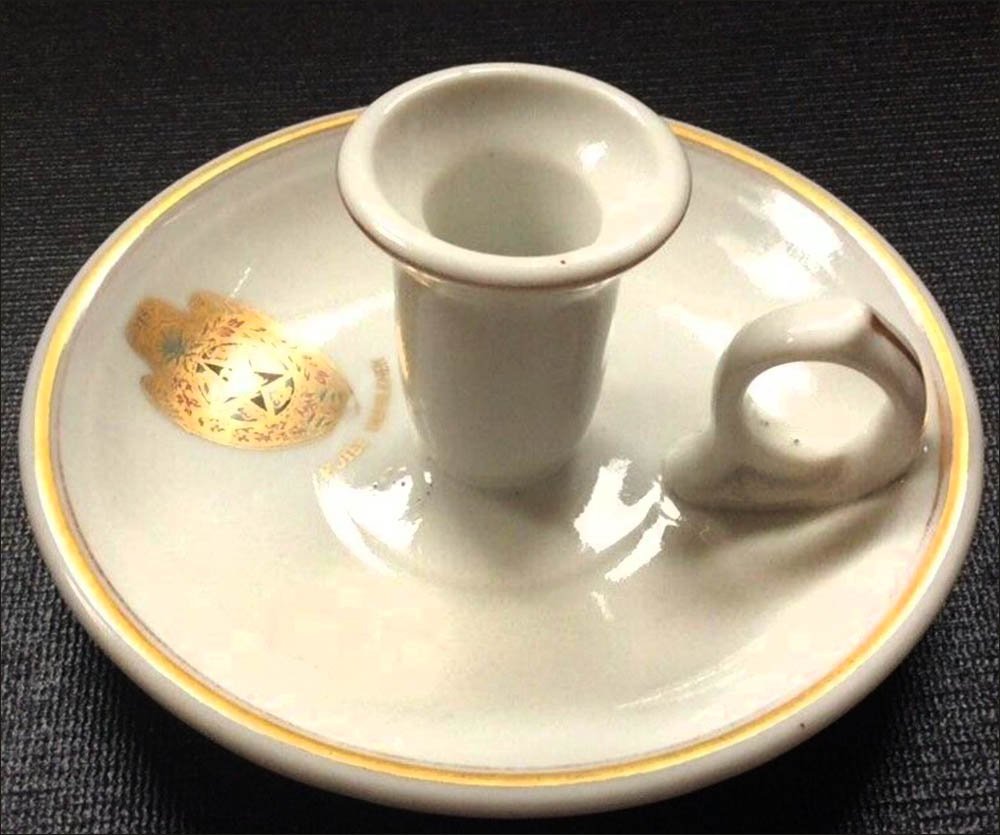 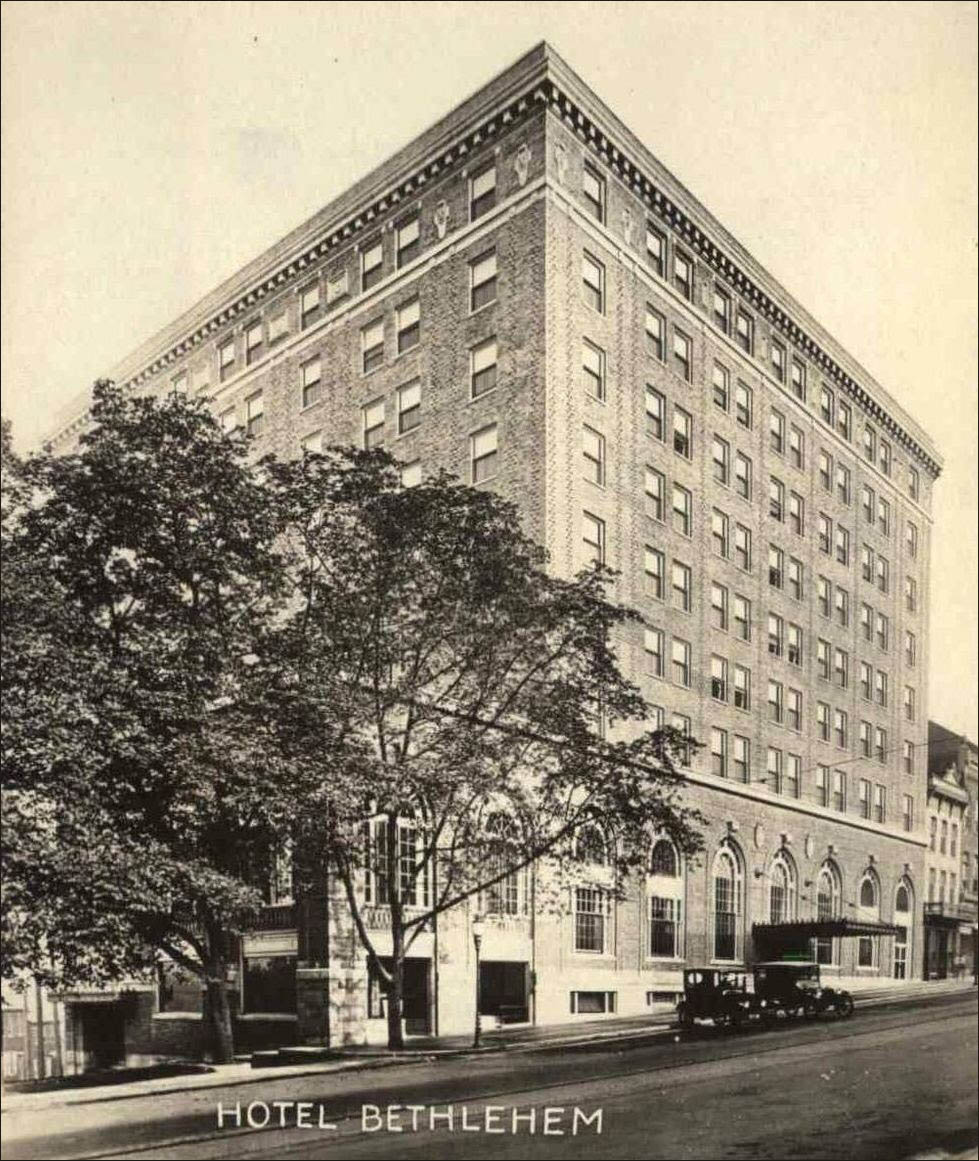 Notes: Charles M. Schwab, president of the Bethlehem Steel Co., was the motivating force behind the erection of the Hotel Bethlehem because he wanted the city to have a grand hotel that would impress the many important visitors to his company. The nine-story, 200-room hotel opened May 20, 1922. Albert Pick & Co. furnished the hotel and commissioned Maddock Pottery to create the Lamberton china service.

The service plates contain a multi color decal shield crest in the center of the well that is similar to the shields above the hotel's front entrance. The pink and blue acanthus scroll border with hanging baskets of flowers is a decal border that the Lamberton Works used for at least four other hotels. A smaller version of the shield crest was used on the hotel's bedroom china.

In 1936, American Hotels Corp took over management of the Hotel Bethlehem. At that time the remaining pieces of the original Lamberton china were probably replaced with American Hotels china pattern.

As of 2021, Hotel Bethlehem is a part of Historic Hotels of America.