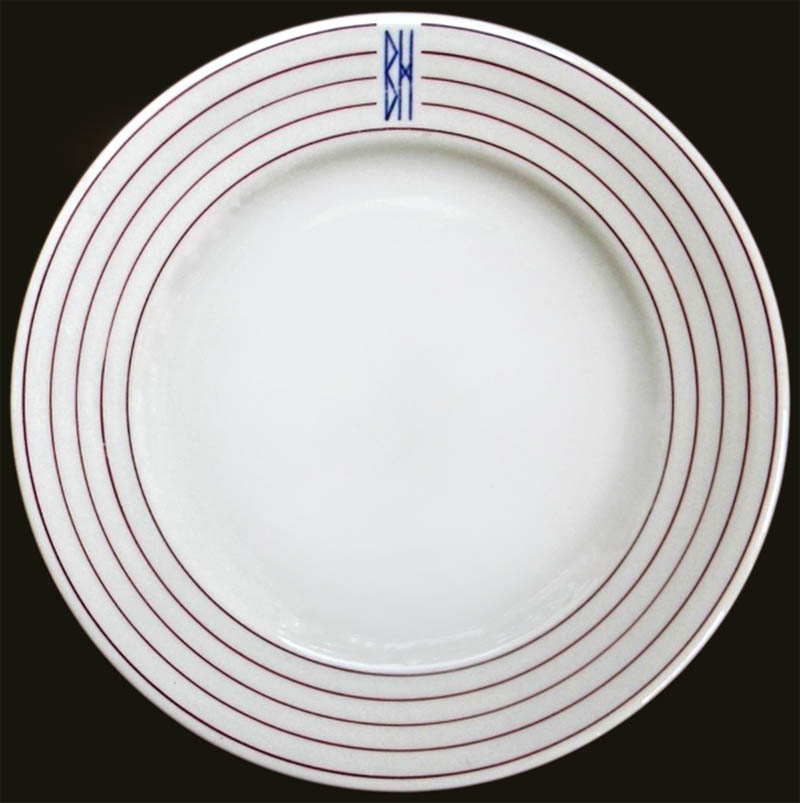 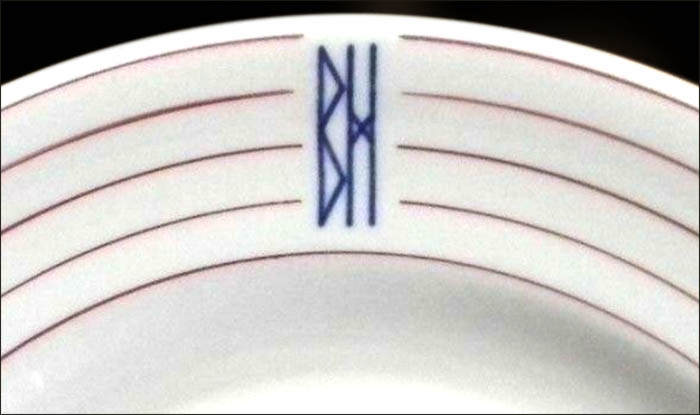 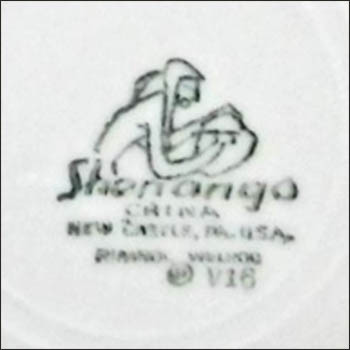 Notes: According to the Wikipedia,  The Beverly Hills Supper Club was located just outside Cincinnati, and "booked its entertainers from Las Vegas, Nashville, Hollywood, New York, and other show-business hubs. The site had been a popular nightspot and illegal gambling house as early as 1926."

The Kentucky Historical Society gives both the definitive ID for this pattern on its website and an interesting history of this restaurant and casino that was located in Southgate, Kentucky, and is remembered for its association with organized crime and its tragic 1977 fire:

"The Beverly Hills Supper Club fire occurred on the night of May 28, 1977, during the Memorial Day holiday weekend.

"In the 1930s, Northern Kentucky was, as local historian Robert Webster put it, a 'magnet for crime and corruption.' Home to some thirty-five illegal gambling casinos, Northern Kentucky and its City of Newport, nicknamed "Sin City" and "Little Mexico," were long under the influence of a local mob syndicate. In this context, a classy restaurant and casino called the Beverly Hills Supper Club was founded in the nearby town of Southgate and soon became one of the region's most popular nightclubs.

"With hundreds of thousands of dollars being gambled nightly, by the 1940s 'the Beverly' as locals called it regularly welcomed national celebrities like Frank Sinatra, Liberace, and Dean Martin. The late 1950s and early 1960s brought hardship though with the election of Sheriff George W. Ratterman and the formation of a local reform group called the Committee of 500. As Ratterman and likeminded citizens set out to clean up Campbell County, the Beverly and other Northern Kentucky nightclubs and casinos suddenly lost the mob protection that their gambling operations had enjoyed. Without the added casino revenue, the Beverly Hills Supper Club could not sustain itself. The original club closed its doors in 1961 as a result.

"Nearly a decade later, things were looking up for the property. The club was purchased and reopened in 1969 by a new owner. This venture lasted a mere two months, but soon after the Beverly Hills Supper Club was sold to another entrepreneur: Richard Shilling. Recognizing the property's potential, Shilling devoted more than three million dollars to building renovations. The new club featured multiple banquet, dining, and show rooms such as the Viennese and Empire Rooms, in addition to a hall of mirrors, walls lined with oil paintings, ceilings with crystal European chandeliers, floors of red carpet, and a grand spiral staircase. Many of these initial renovations were ruined when a destructive fire broke out in June 1970. Shilling managed to rebuild and lavishly refurbish the Beverly. An instant success, the Beverly Hills Supper Club again became the most popular club in town, hosting everything from banquets and receptions to proms and anniversaries.

"On Saturday, May 28, 1977, the Beverly's design and its extreme popularity proved fatal. That night, between 2,000 and 2,800 people crammed into the building for a variety of events. Around 9 pm, a waitress informed an 18-year-old busboy named Walter Bailey that there was a fire in the Zebra Room. Bailey, who was working in the Cabaret Room that evening, got on the stage and told the audience that there was a fire and everyone needed to exit the building.

"Shortly after Walter Bailey's announcement, the room began to fill with smoke and the electricity went out. The doorways quickly became congested and eventually impassable. Some five hundred emergency response personnel from across the Greater Cincinnati region, club staff, and volunteers responded to the fire. The fire and fumes ultimately claimed the lives of at least 165 patrons, making it the third worst nightclub fire in US history to date.

"After the fire, several investigations were conducted into the cause of the fire and the large loss of life. An investigation by the Cincinnati Enquirer cited a number of issues that contributed to the tragedy. Some of the issues were a lack of firewalls, overcrowding, inadequate emergency exits, and extreme safety code violations."

According to a WCPO.com news story dated Aug. 16, 2021, plans are under way to build a mixed-use residential community on the club's site.

The white plate has five concentric circles in red pinlines on its border, broken by a stylized navy blue monogram of BH.