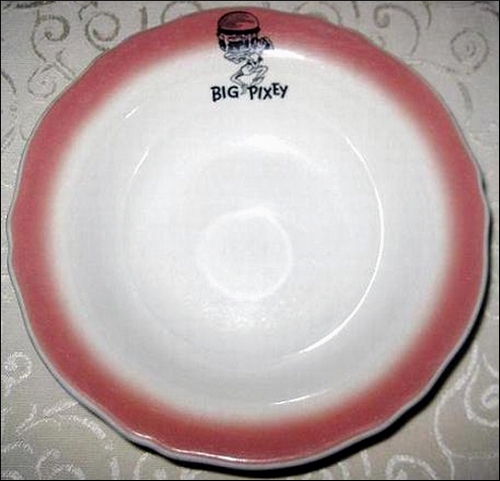 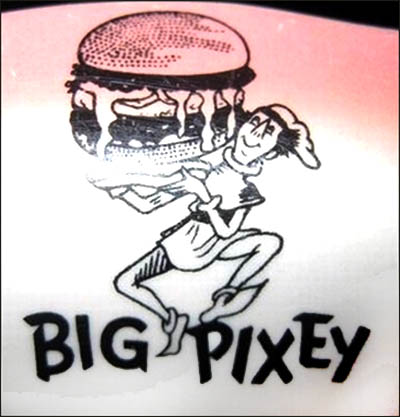 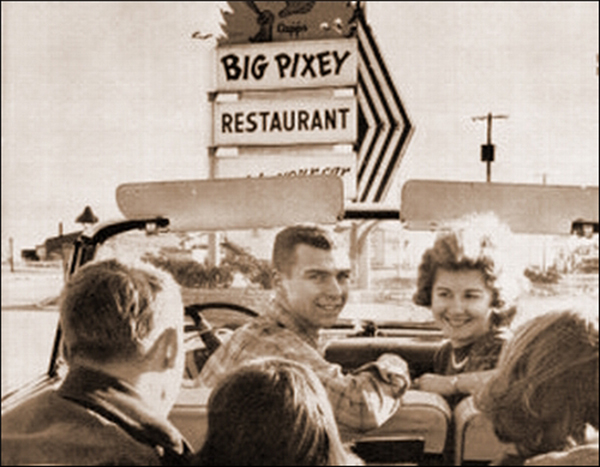 Notes: In the mid-1950s, there were three Big Pixey Restaurant locations in Pennsylvania: Montgomeryville, Upper Gwynedd and Collegeville. Carhops delivered your order on roller skates at these drive-in restaurants in the day. The chain was sold in the 1970s, and the former Big Pixey location at 3969 Ridge Pike in Collegeville later became Speck's.

White bodied 6 1/2" bowl with scalloped edge and pink airbrushed border; topmarked Big Pixey with the logo of a Pixey carrying a giant hamburger.

ID and photos contributed by emeraldblossom