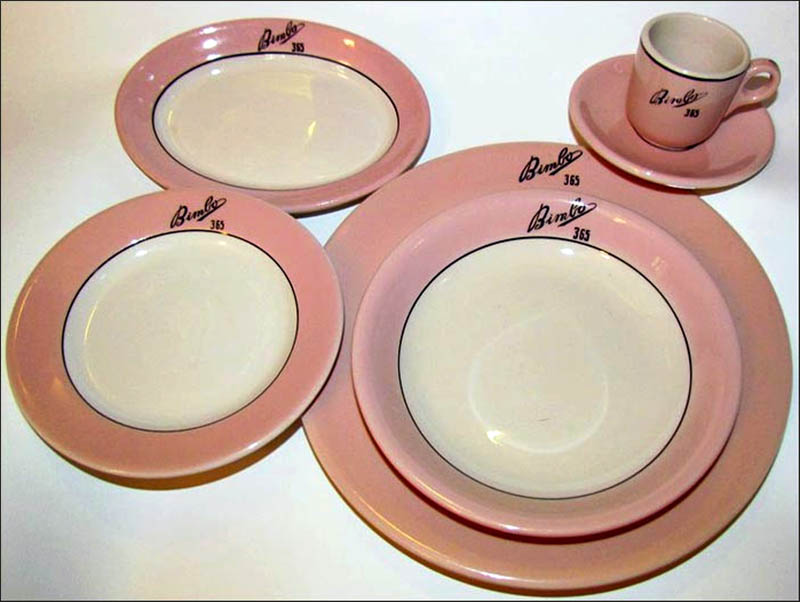 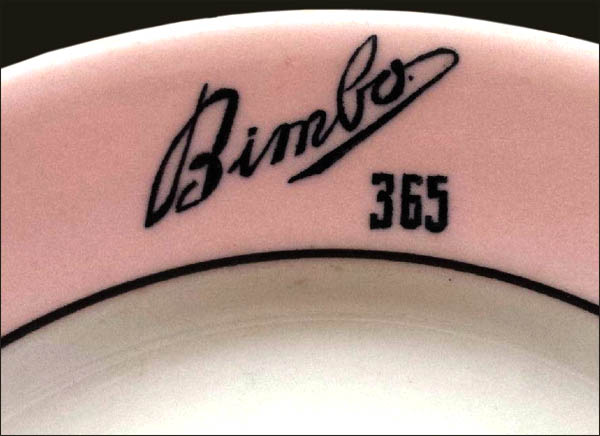 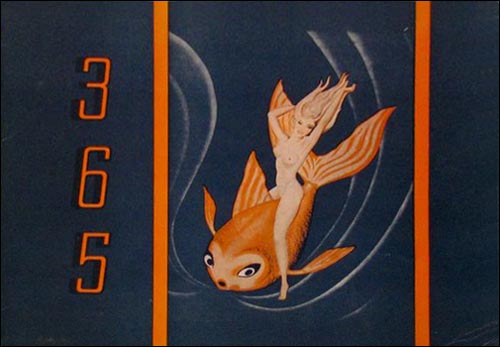 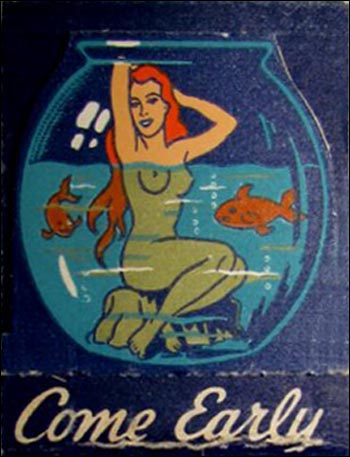 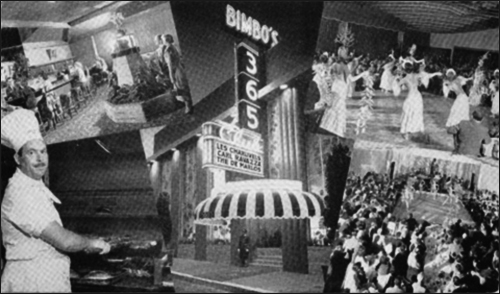 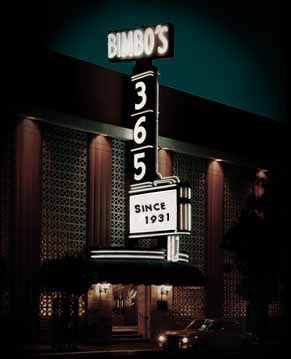 
Notes: According to the Bimbo's website "Agostino Giuntoli left Tuscany, Italy, in 1922 at the age of 19 and sailed to America. He spent five years working his way to San Francisco and found a job as janitor at the famed Palace Hotel. From there he became a cook at a nearby establishment where his boss, Monk Young, was unable to pronounce his name and dubbed him 'Bimbo,' the Italian word for boy. The name stuck for good.

In 1931, he and Young, now his partner, opened the 365 Club at 365 Market St. San Francisco was weary of the Depression, needed some fun, and the 365 Club was there to provide it. The club was crowded with celebrities and stars from across America who were there to see and be seen. On stage, lines of long-stemmed chorus girls kicked high to the music, one of whom was Rita Cansino. Later, we would all know her as Rita Hayworth. Gin was served in coffee cups while everybody puzzled over the optical illusion provided by Dolfina, The Girl in the Fishbowl: She appeared to swim nude in the fish tank behind the bar … you can still find her there today."

Sterling inlay style, pink on white, black script lettering and accent line. The pieces shown above have backstamps ranging from 1951 to 1977.