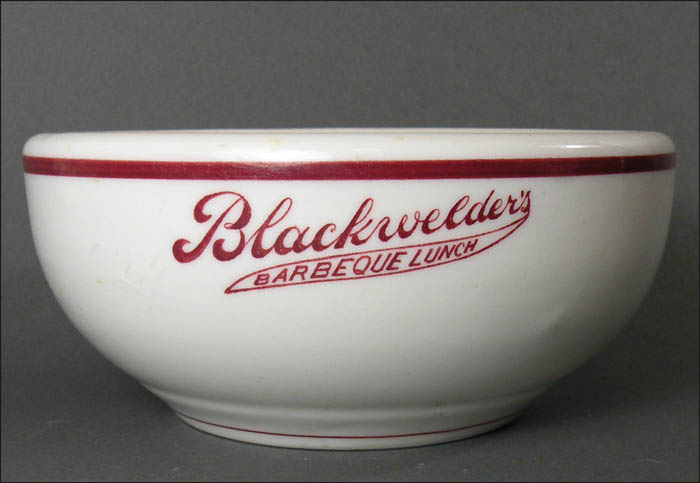 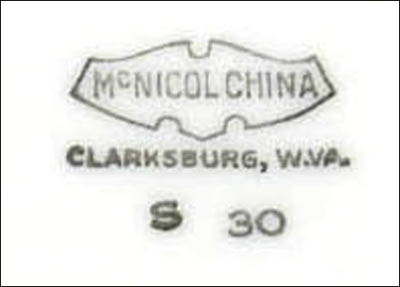 Notes: From the book "Bob Garner's Guide to North Carolina Barbecue," it appears that as early as 1918 John Blackwelder added a barbecue pit to his taxi stand in Salisbury, N.C., and other members of the family owned other locations of Blackwelder's restaurants during the Depression and on through the 1960s.

There were restaurants across North Carolina's Piedmont, including (in addition to Salisbury): Statesville, Jamestown, High Point and Raleigh. The business also operated barbecue food trucks in other locations.

A barbecue lunch in North Carolina still includes either Lexington (or Piedmont) style pork shoulder with a vinegar-based red sauce or the Eastern style whole-hog pork with a vinegar and pepper-based sauce (no tomato sauce or ketchup, not ever!). Ribs are also commonly served, too. Side dishes include coleslaw, potato salad, baked beans and fruit cobblers. Blackwelder's most likely served the Lexington-style pork with red sauce.

The bowl has a dark red line along the rim and Blackwelder's in the same dark red color and script font with Barbeque Lunch in initial caps and a sans serif font with a swirl below.