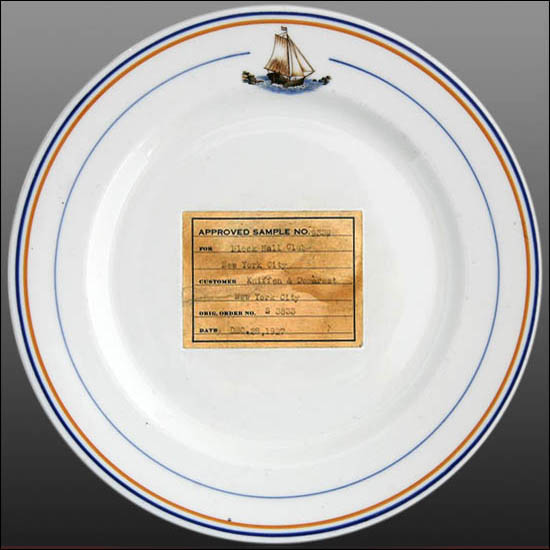 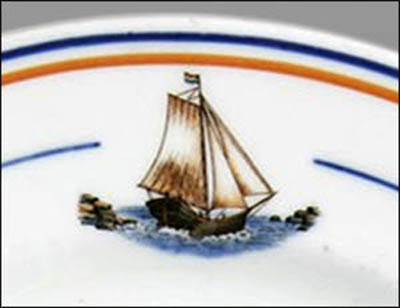 Notes: From the Daytonian in Manhattan blog, the newly formed Block Hall Club purchased the property at 21-23 S. Williams St., in New York City, on Dec. 20, 1926. This club was composed of businessmen in the marine insurance and banking business. It was named for Dutch explorer Adriaen Block, who had occupied the site prior to his death in 1627.

A seven-story Tudor-style club house for use as a private social, luncheon and athletic club was erected on the site in 1927. By the time it opened, there were more than 100 members.

The Great Depression that began in October 1929 wiped out the fortunes of many of the club's members. Because the club could not pay off its $360,000 mortgage, the Corn Exchange Bank foreclosed in 1932. The club reorganized as the Block Hall Luncheon Club and leased the space from the bank. In 1945 the building was sold and a new restaurant opened in the former club dining room.

Crested with a decal illustration of a sailboat in brown, blue and black. Black and orange red rim lines. Blue mid-rim line, flanking crest. This was Syracuse's order #3833, approved for production on Dec. 28, 1927, according to the label on the sample plate, whose image was provided courtesy of Fishs Eddy.