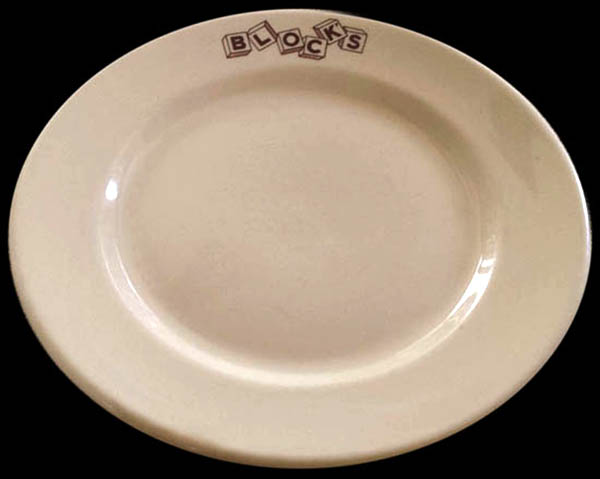 Notes: Block's Restaurant was located at 112-116 East Cermak (also known as 22nd Street) in Chicago. In addition to routine cuisine, in 1934 and 1935 it also hosted charity Thanksgiving dinners, serving up to 2,000 guests who had been nominated by local churches and aid societies. The current location is now a modern office building.

Tan Glo Tan body with brown decoration at top of the plate that looks like children's blocks; the lettering is the name of the restaurant: BLOCK'S.