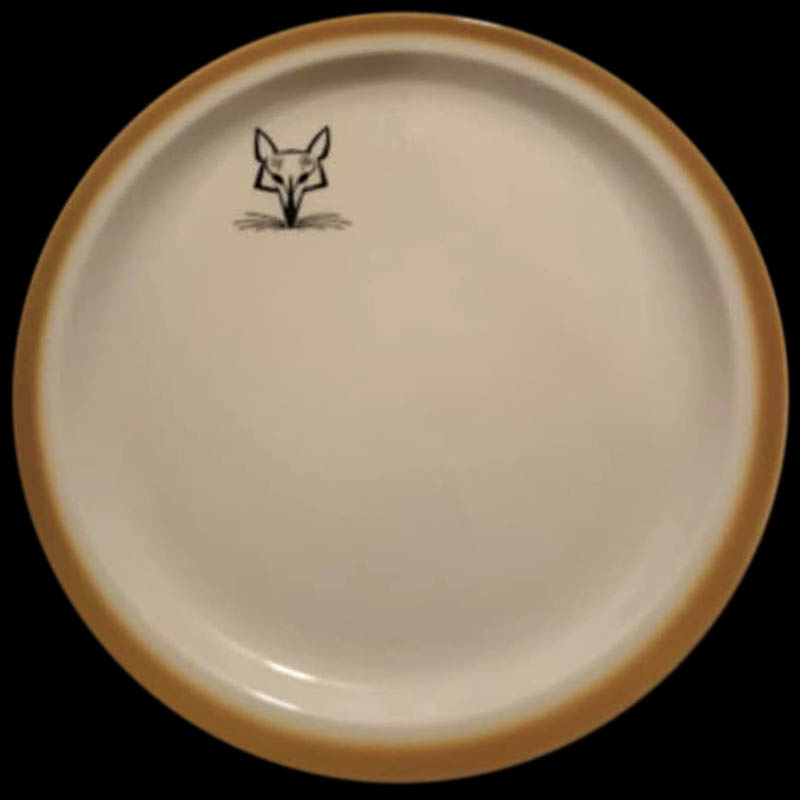 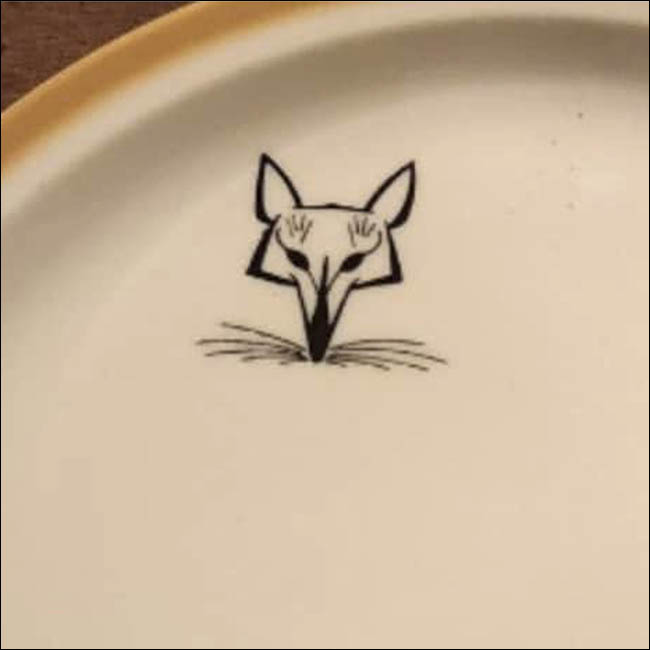 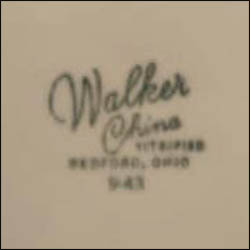 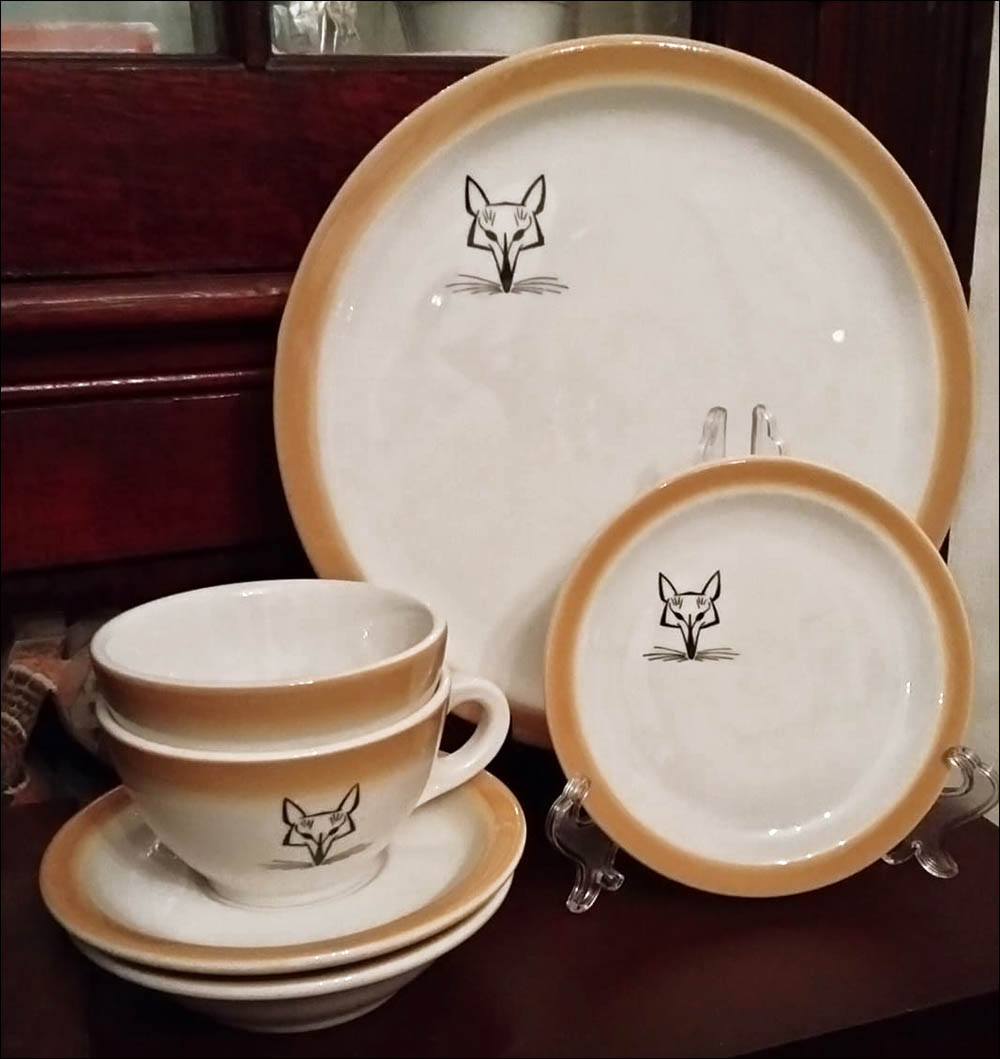 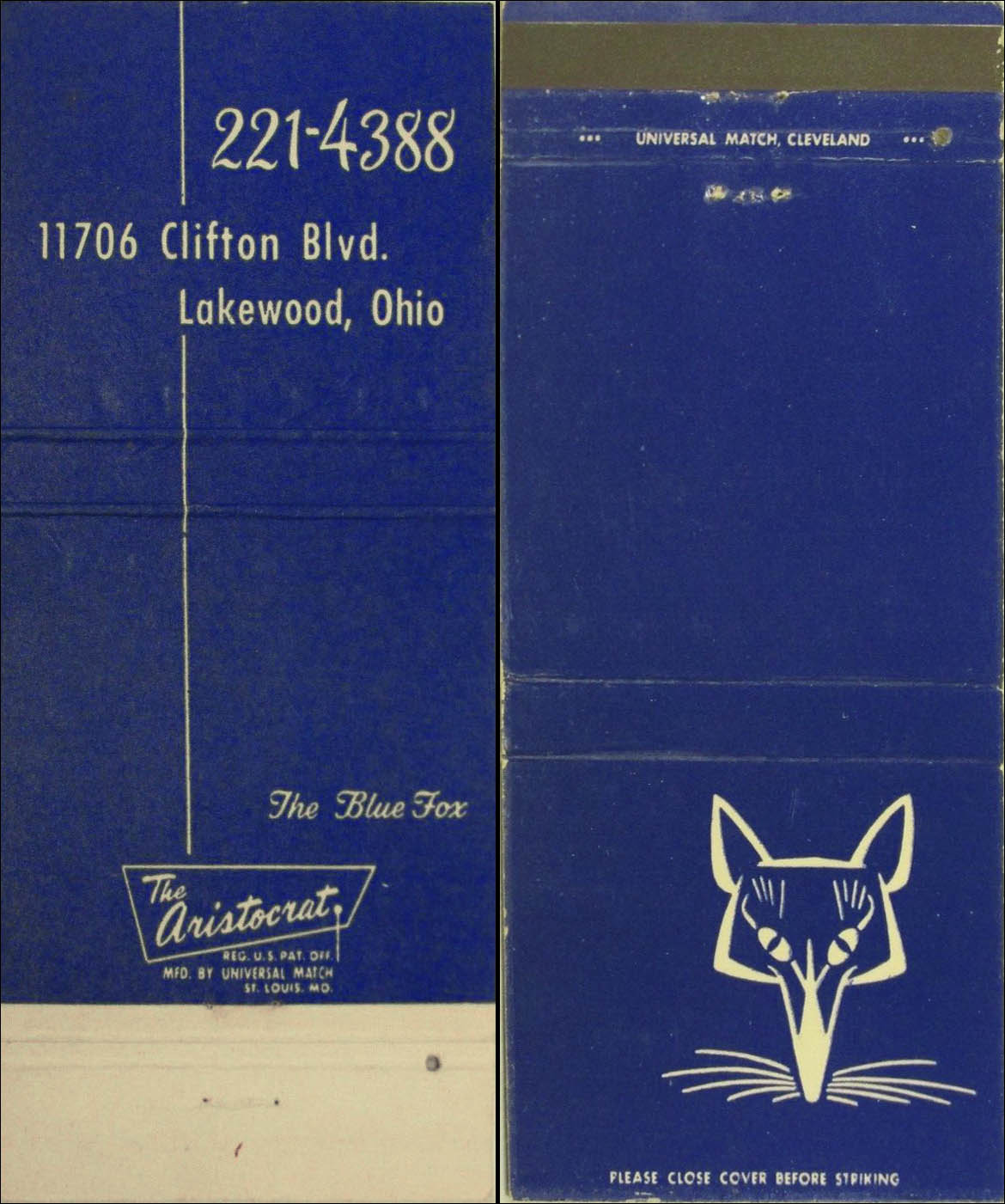 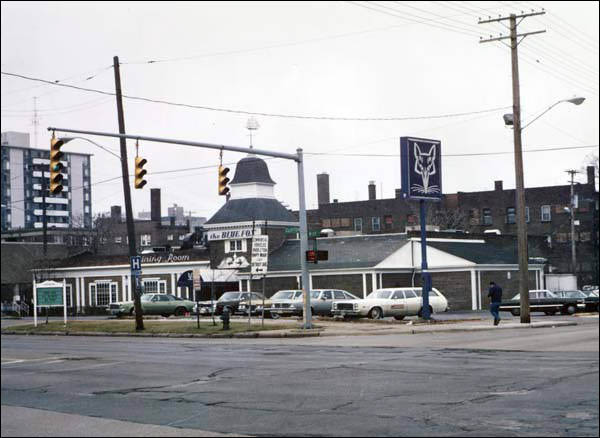 Notes: Located at 11706 Clifton Blvd. on the corner of West 117th Street in Lakewood, Ohio, the Blue Fox restaurant was once one of the finest restaurants in the area. It was owned by three siblings – Vera, Bruno, and Eddie Berardinelli. It has been described as having "exquisite food and exciting clientele." A writer reminiscing about lost restaurants in the area said of the Blue Fox, "The bar was full of bookies, mobsters, call girls, politicians, local celebrities, etc.  Always an illegal card game going on upstairs."

From what is known, the Blue Fox operated from at least the early 1940s until it was closed by an FBI raid in January of 1984. Marty Rini, the bartender, was arrested for book making along with Joe Spaganlo, a Cleveland mafia figure who picked up money for the mob. In the 1970s and 80s, Rini served bar for politicians, judges, professional athletes, celebrities and even priests at the Blue Fox restaurant.

After the FBI raid, the Blue Fox never reopened and the building today (2023) is a CVS drugstore.

White body plate with a narrow rim that has an airbrushed yellow-gold band on the outer edge of the rim. In the well of the plate at the 11 o'clock position is a black stylized line drawing of a fox's head with a long-pointed mussel and oversized whiskers.

Source:
Cleveland.com – article about the FBI raid at the Blue Fox