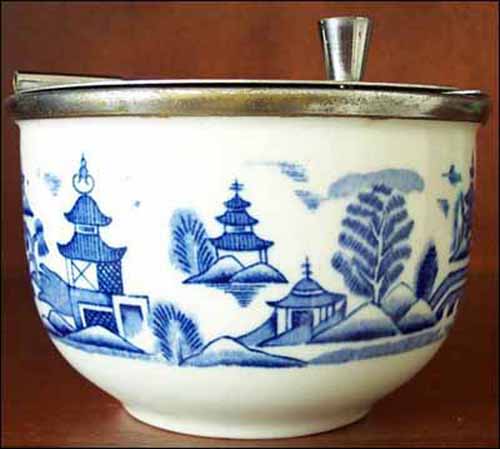 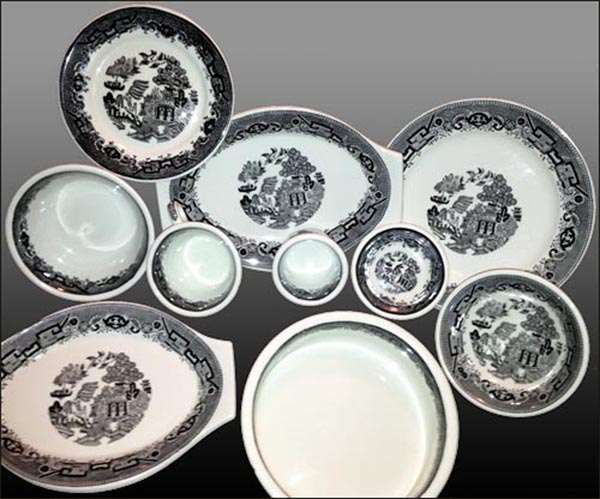 Notes: The traditional willow design, found in cobalt blue as well as pink as well as several other colors, always features a large beautiful Chinese home with a willow tree, small bridge with 3 figures, the teahouse at the foot of the bridge, a small Chinese boat and of the famous love birds above the willow tree. The romantic lore of the design could have added to its popularity over the years.

There is some discrepancy as to who actually designed the pattern first. Some say Thomas Turner introduced the famous design around 1780. The original copper plate for his design was engraved by Thomas Minton and is still preserved at Coalport China. Others say the willow design was the creation of Josiah Spode, a derivation of an original Chinese pattern called Mandarin. Spode developed his willow pattern sometime around 1790.

The pattern can be found as household china as well as restaurant ware by such manufacturers as Buffalo, Carr, McNicol, Bailey-Walker and Shenango. The Jackson China version was made in blue, red, pink, green and black (as shown above).