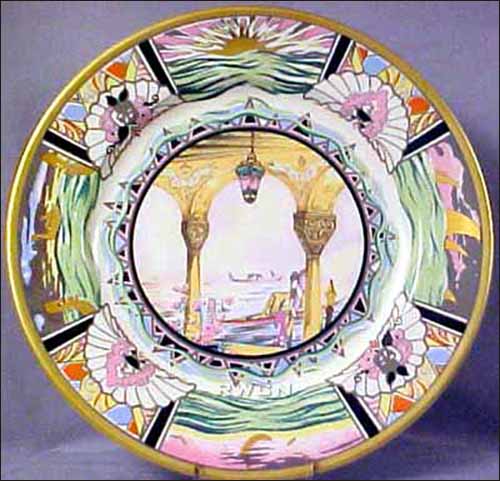 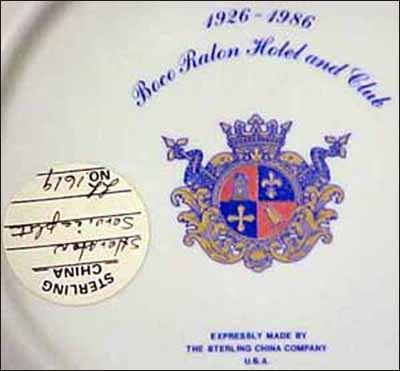 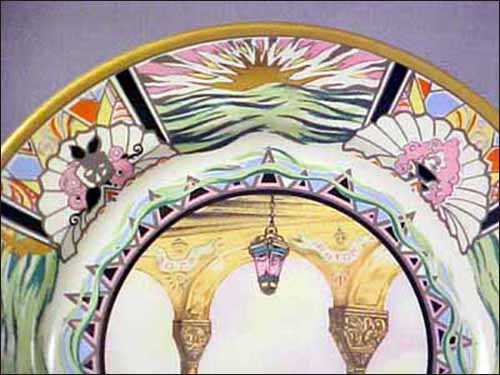 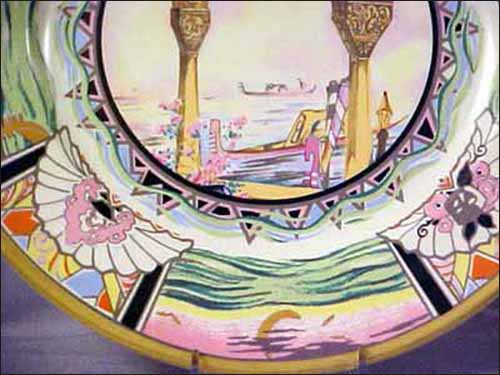 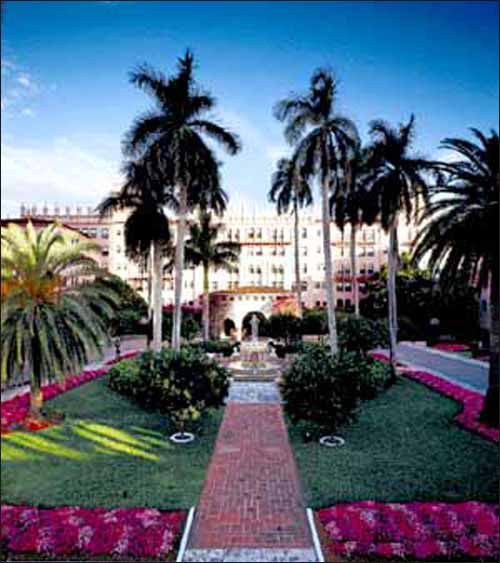 Notes: Modeled after a Spanish castle, the 100-room private club was founded as "The Cloister Inn" and opened on February 6, 1926. In 1930, after $8 million of renovations, The Cloister Inn reopened as the exclusive Boca Raton Hotel & Club, one of the world's foremost "gentlemen's clubs."

It was used by the U.S. Army in WWII. First advertised in the 1945 Hotel Red Book as: "Formerly a private club, now open to a discerning clientele."

This 60th Anniversary service plate for the Boca Raton Resort and Club was produced by Sterling China in 1986.