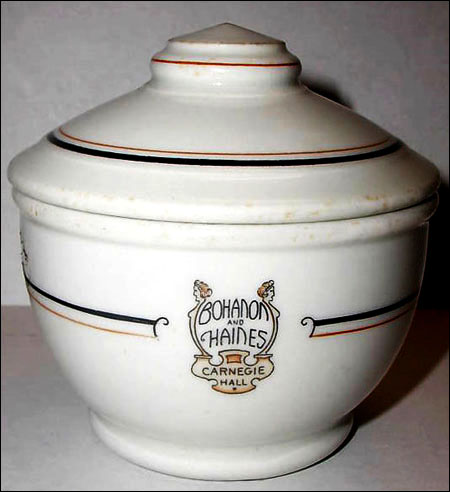 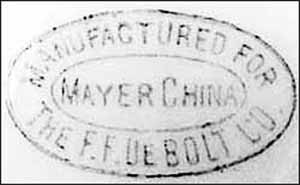 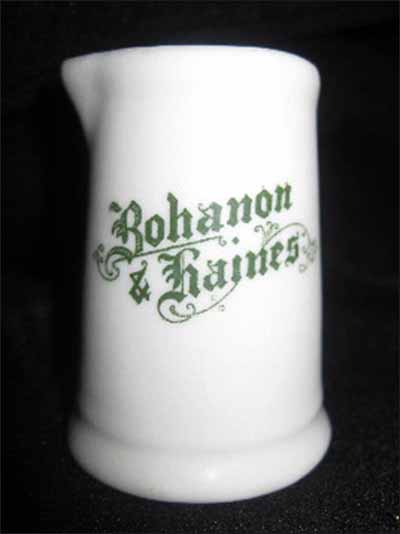 It is believed that the creamer, shown above, was used at the Colonial Arcade location. The arcade, located at 530 Euclid Ave., was built in 1898 with a Georgian revival interior and was designed by a noted Cleveland architect, George H. Smith.

Carnegie Hall — with no relation to New York City's Carnegie Hall — was built in 1924 as "a modern and commercial building," according to a 1947 newspaper article that marked its purchase that year by a group of Chicago investors who renamed it the Huron Building. Faced in red brick and located at 1220 Huron Road, the building today (2020) is a multi-tenant office building.

The shield containing the words Bohanon and Haines is a line drawing with the profile of two women looking to the left and right. Below are the words Carnegie Hall. There are two lines or stripes of varying widths in black and rust with the familiar curlicue ornamentation that is associated with 1920s graphic design. Supplied by F.F. DeBolt Co.