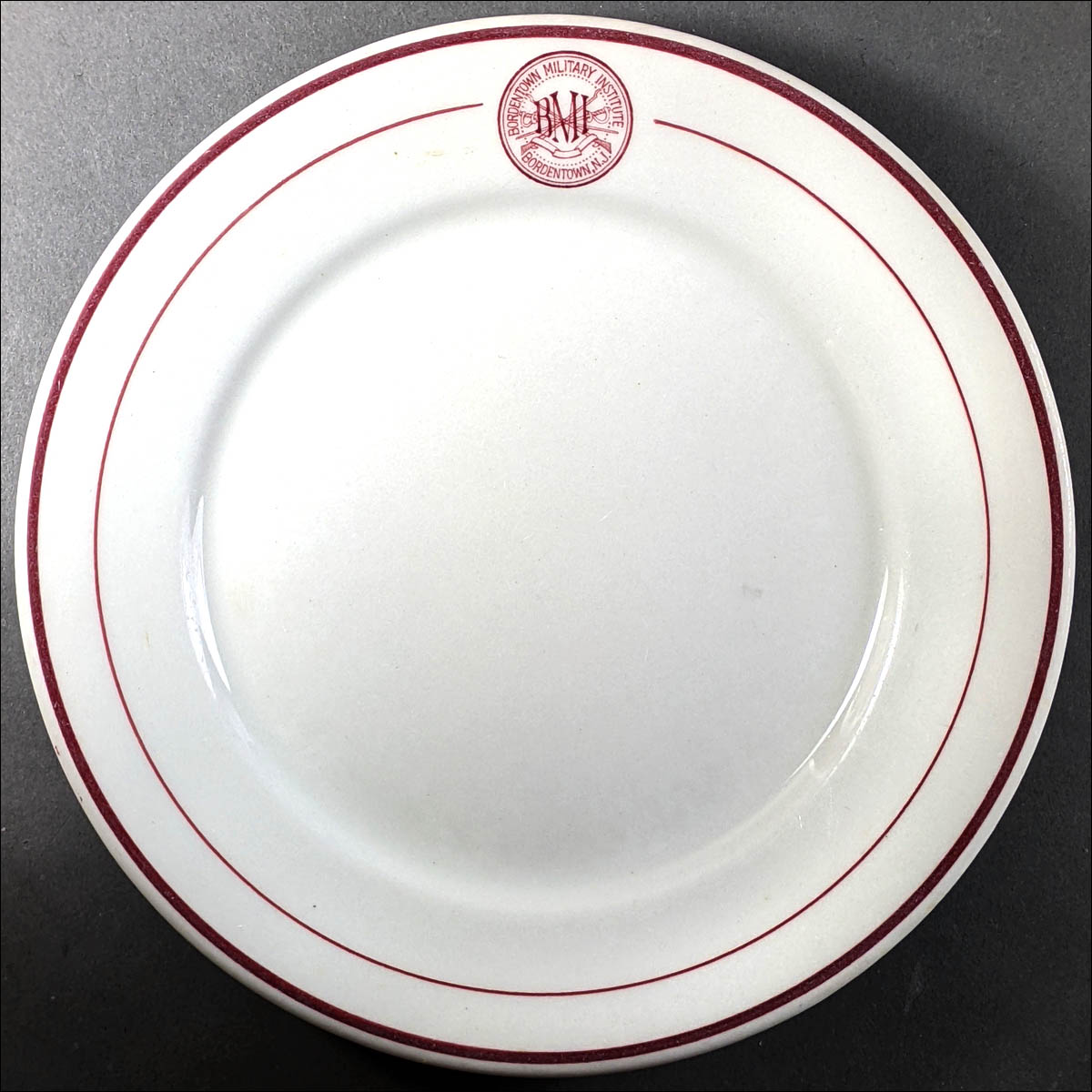 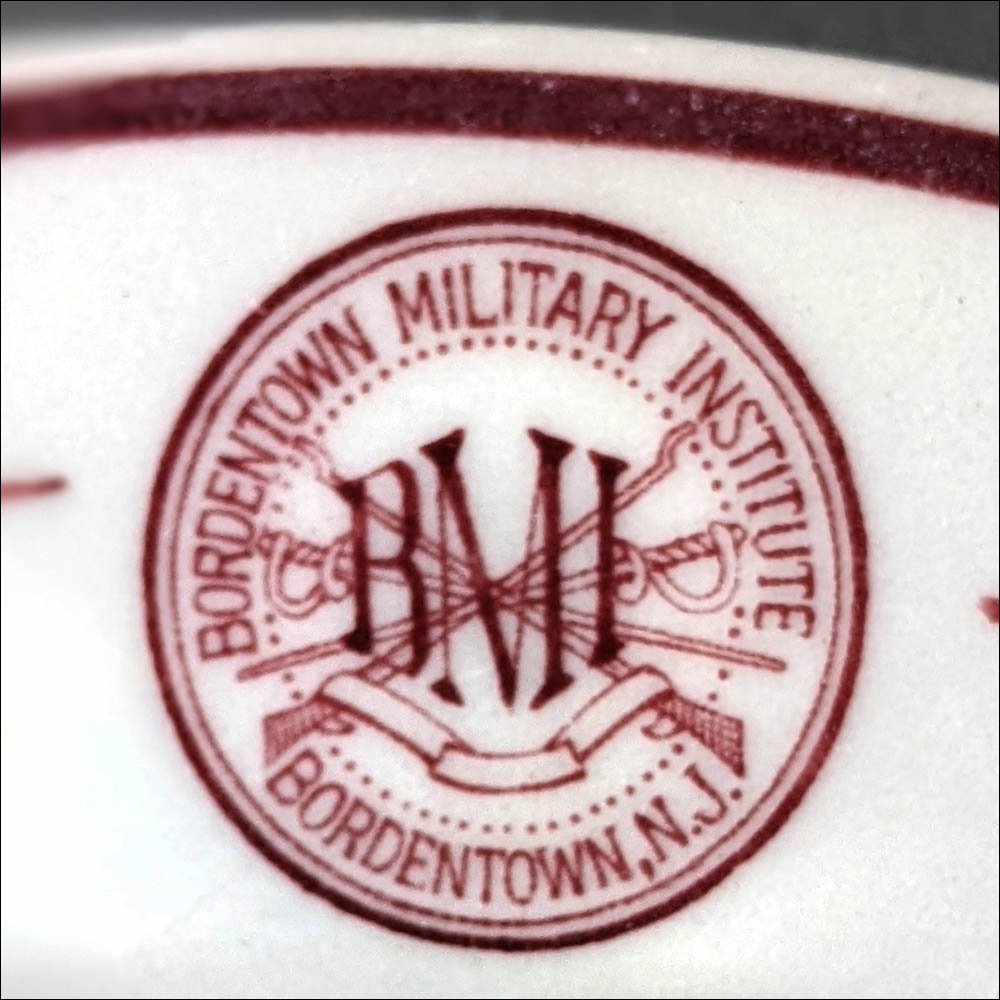 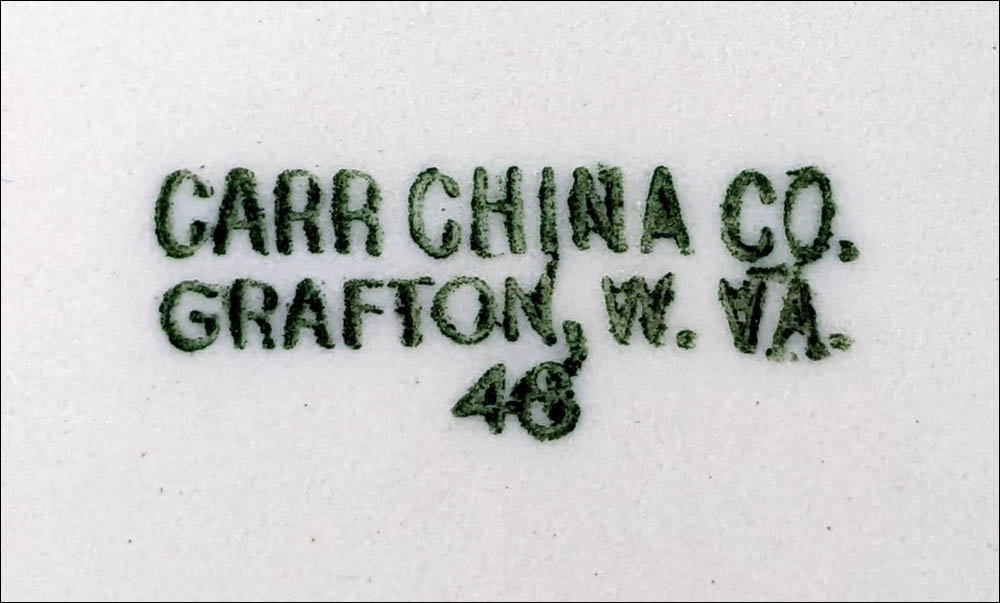 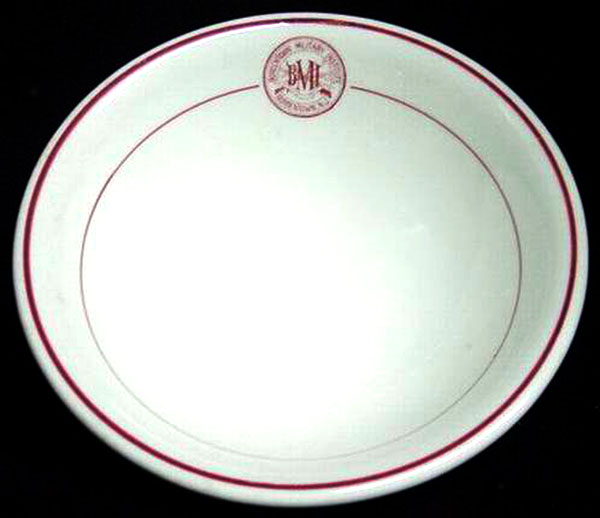 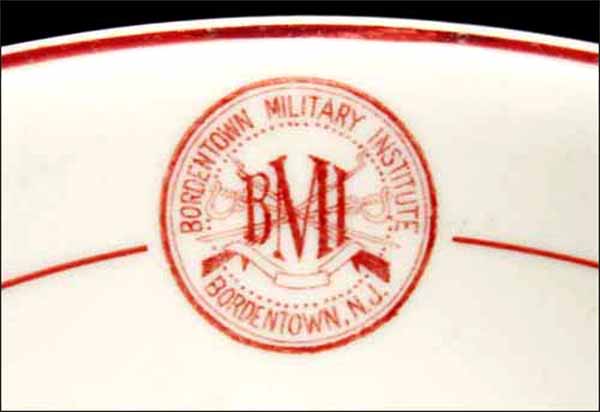 Notes: From the Wikipedia: "The institute [located in Bordentown, N.J.] was created in 1881, when Reverend William Bowen purchased the Spring Villa Female Seminary building and reopened it as the Bordentown Military Institute. In 1972, it was merged with the Lenox School in Lenox, Massachusetts. The combined entity was shut down the following year as the Vietnam War reduced the popularity of a military education."

More info can be found on the BMI alumni website: http://www.bmicadets.org/

The plate has a wide burgundy red line on the rim and a narrow line in the middle of the rim interrupted by the school's circular logo, also in burgundy red, with the central monogram of BMI, behind it crossed swords and crossed rifles, and inside the double lines of the outside of the circle, Bordentown Military Institute at the top and Bordentown, N.J., at the bottom