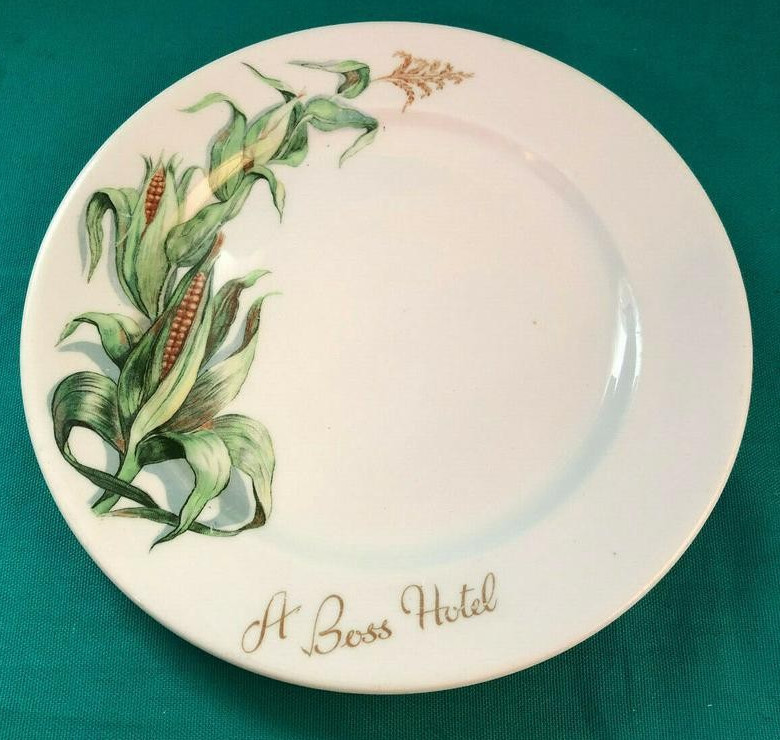 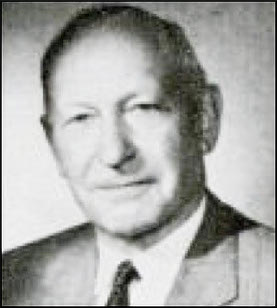 
Notes: Edwin A. Boss owned the Algona Hotel in Algona, Iowa before he served in World War I. Upon his return he started building a chain of hotels. "He predicated it upon the geographical knowledge that Iowa's county seats, linked by railroads, could provide him voluminous business when he applied his practical experience. By 1931 the chain numbered eighteen hotels, only a few of them leased, and included thirty-eight at its height."

In 1959, Edwin A. Boss was president of the American Hotel Association. Boss, 86, died of cancer in Des Moines on November 15, according to the Oelwein Daily Register dated November 17, 1977.

Boss Hotels had a presence in eight states, including the Clearwater Beach Hotel in Clearwater, Florida; Pere Marquette Hotel in Peoria, Illinois; Pathfinder in Fremont, Nebraska and numerous hotels in Iowa.

Trenton China white body, green and yellow corn stalk on the left, Boss Hotel in golden yellow on the verge at the bottom.