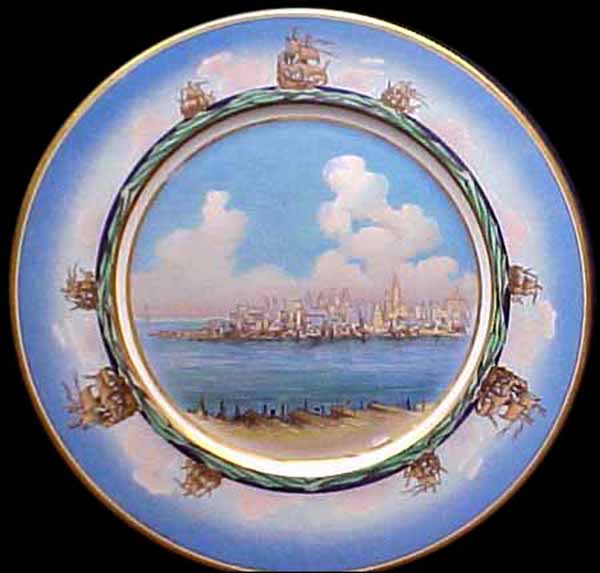 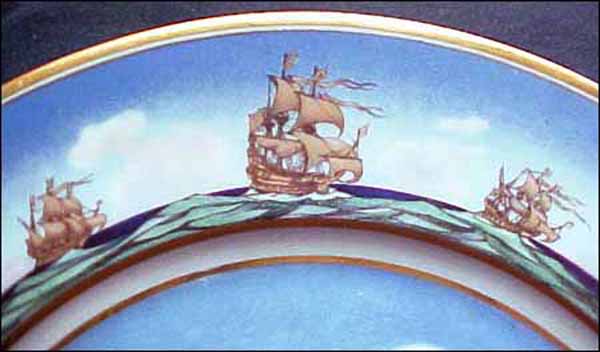 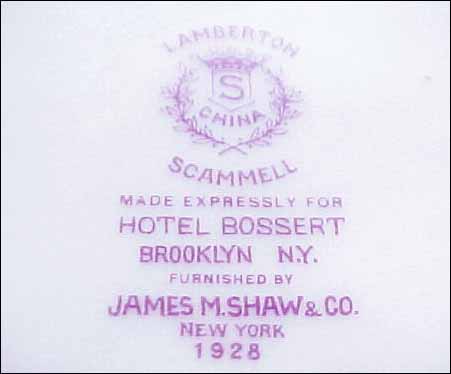 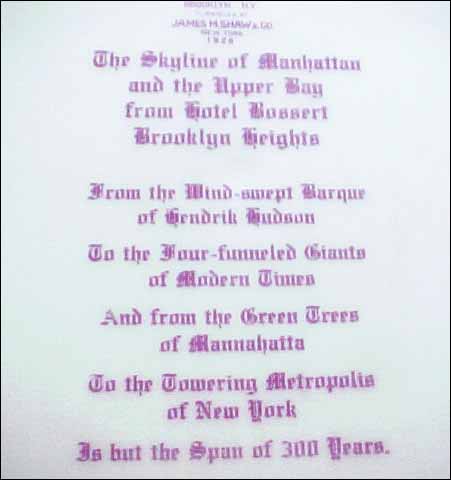 
Notes: Built in 1909 by Louis Bossert at 98 Montague Street in Brooklyn, New York, the 14-story, 400-room building was designed as an apartment hotel. With its glorious views of New York and its harbor, the hotel was known for its Marine Roof restaurant: a two-story, ship-like restaurant on the roof of the hotel.

Once known as the Waldorf-Astoria of Brooklyn, by the time the Dodgers beat the Yankees in the 1955 Subway World Series, the hotel was starting to show its age.

In 1983, part of the building was leased by the Watchtower Bible & Tract Society of New York. The Society bought the building in 1988 and began a complete restoration of this once-grand hotel. In late January 2008, the Society announced it would sell the building, and it remains on the market as of January 2011.

Lamberton body with coin gold bands on the rim and verge. Sky-blue rim treatment with pink and white clouds, ships, and waves. The entire well of the service plate is filled with the skyline of New York, the harbor and wharfs on the Brooklyn side jutting into the East River. The backstamp lettering on the plate is a light purple.