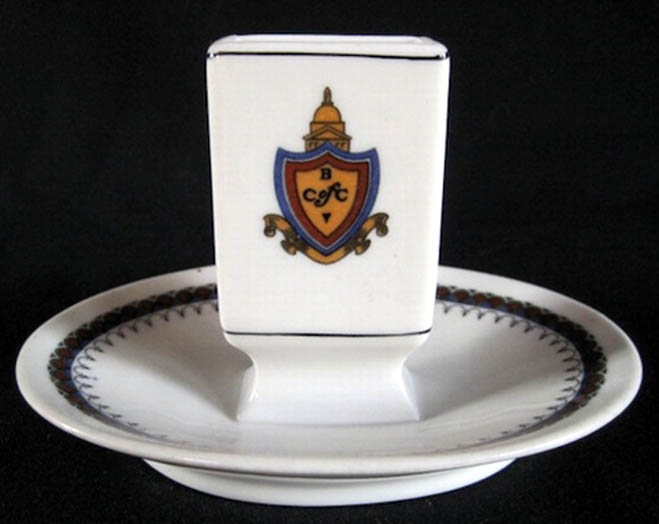 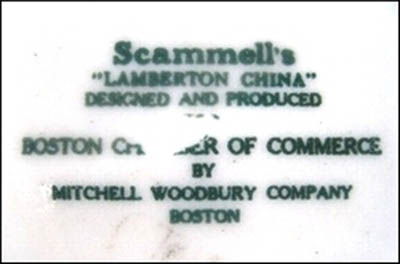 Notes: In June 1909, a merger of two major business groups created the modern day Boston Chamber of Commerce, which is a broad-based association representing 1,500 businesses of all sizes from virtually every industry and profession in the Boston area and is now located at 265 Franklin Street in Boston.

By the early 1920s, the Boston Chamber of Commerce had outgrown its quarters in the 1893 Grainery Exchange Building on India Street. (One source reports they left there in 1902, but if so, where they relocated is unknown.)

In the early 1920s, construction began on a new headquarters at 80 Federal Street in Boston. This 14-story building was completed in 1923. When it opened it contained two dining facilities, both operated by 80 Federal Street. Restaurants, Inc. The main dining room was located on the top floor. A cafeteria was in the basement, below the main lobby.

White body match holder. Deep red and blue band of half circles on rim. Black line on top and bottom of chimney. Logo with dome of State House on crest. Deep blue and red inside with BC of C on deep orange.

For more info:
Boston Chamber of Commerce 2 by Scammell