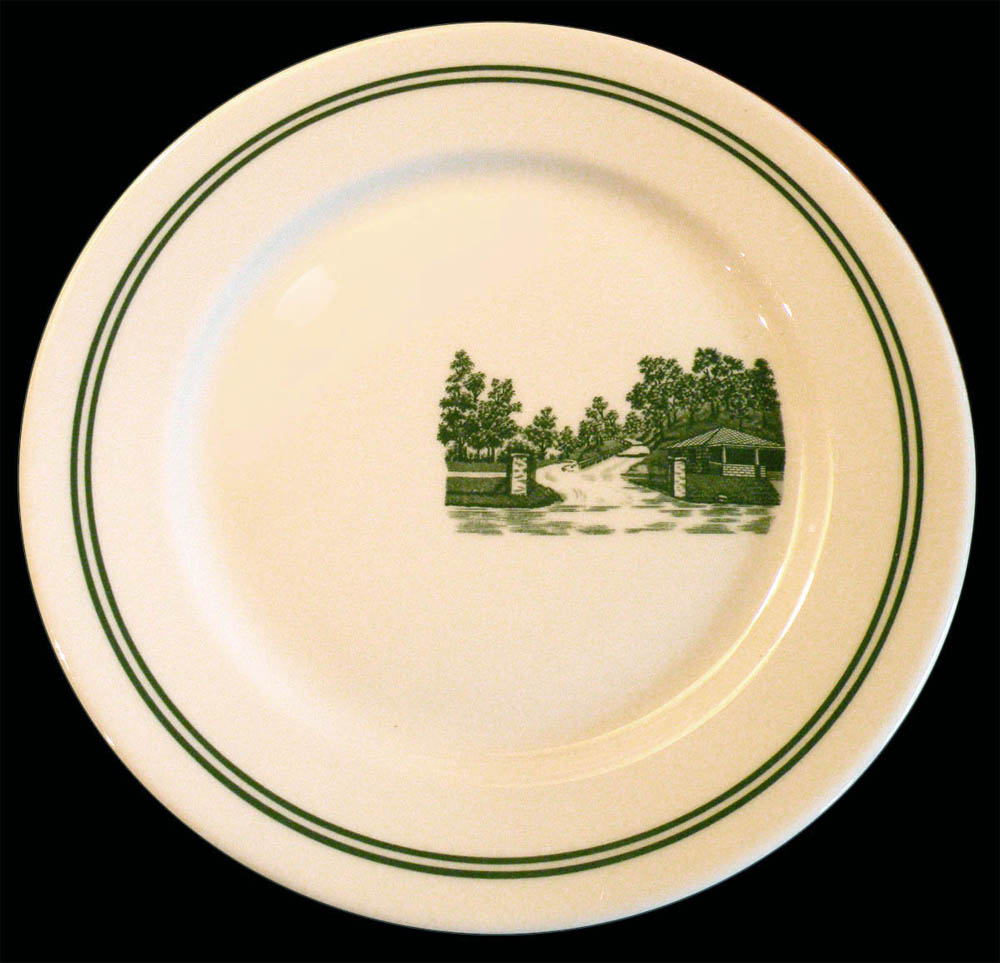 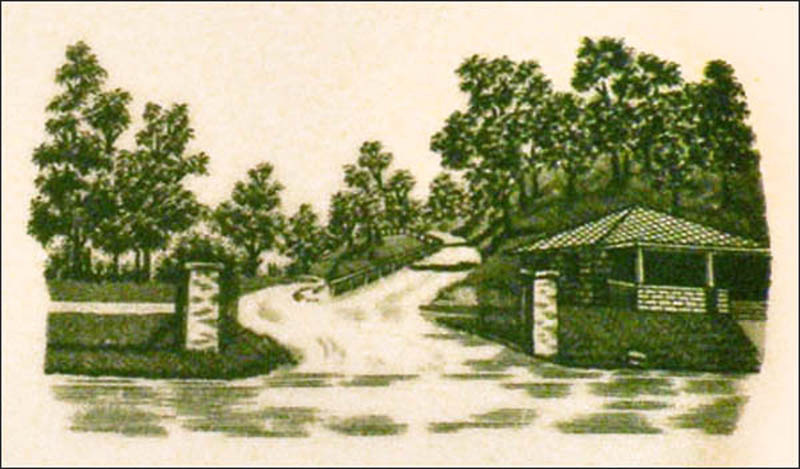 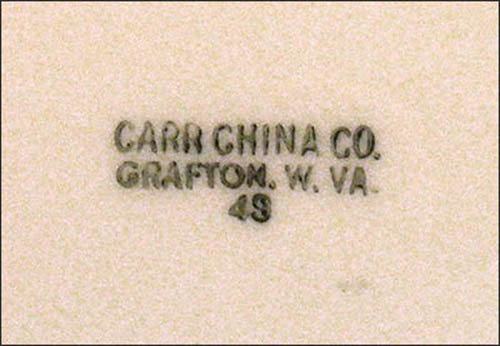 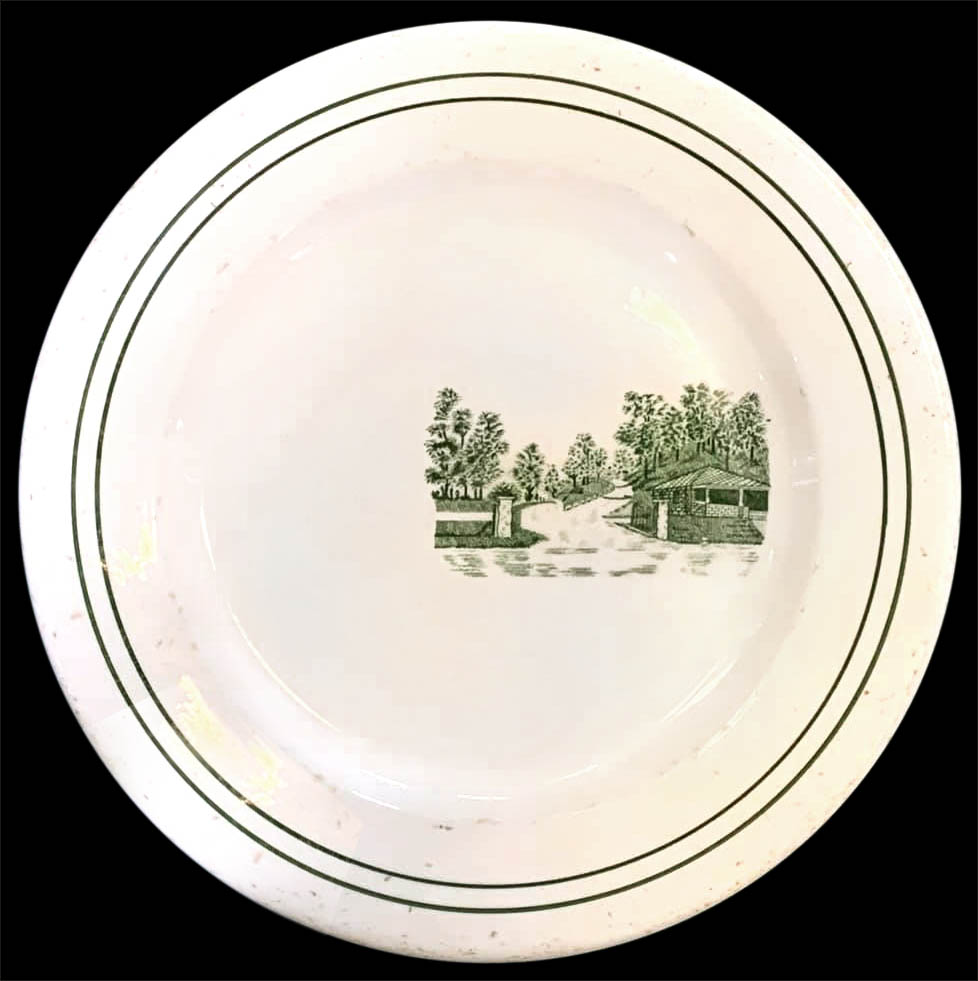 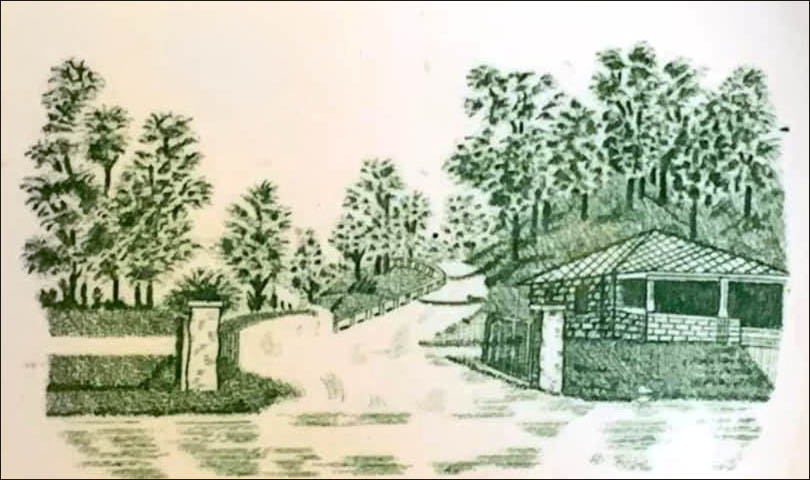 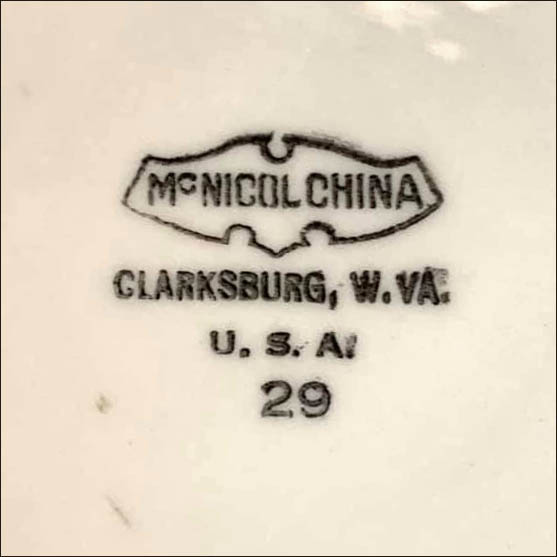 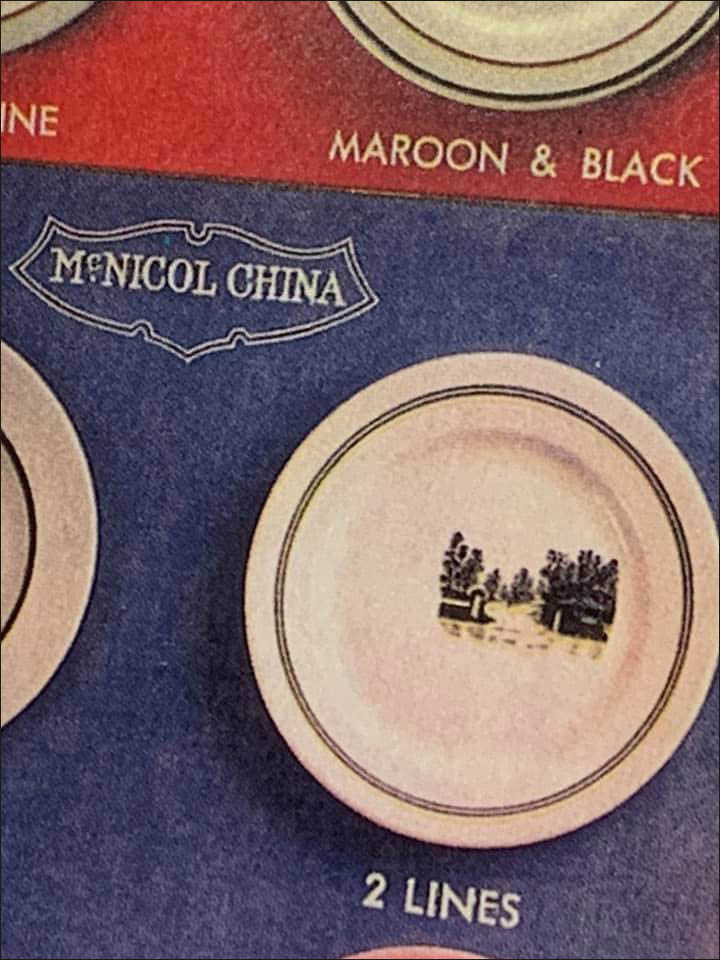 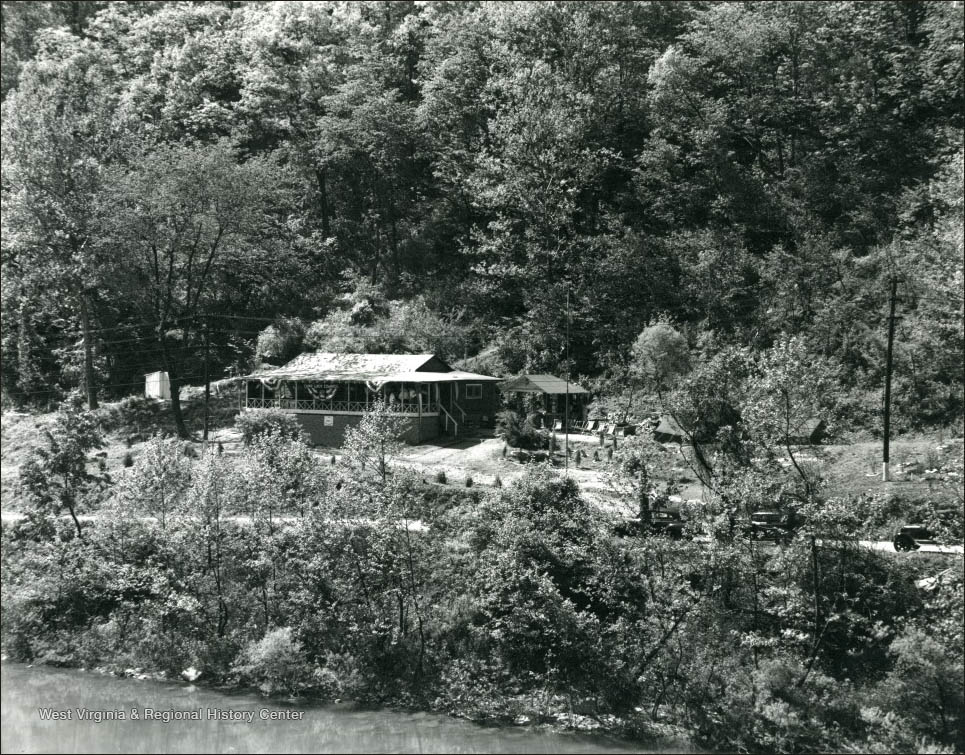 Photograph of the Camp 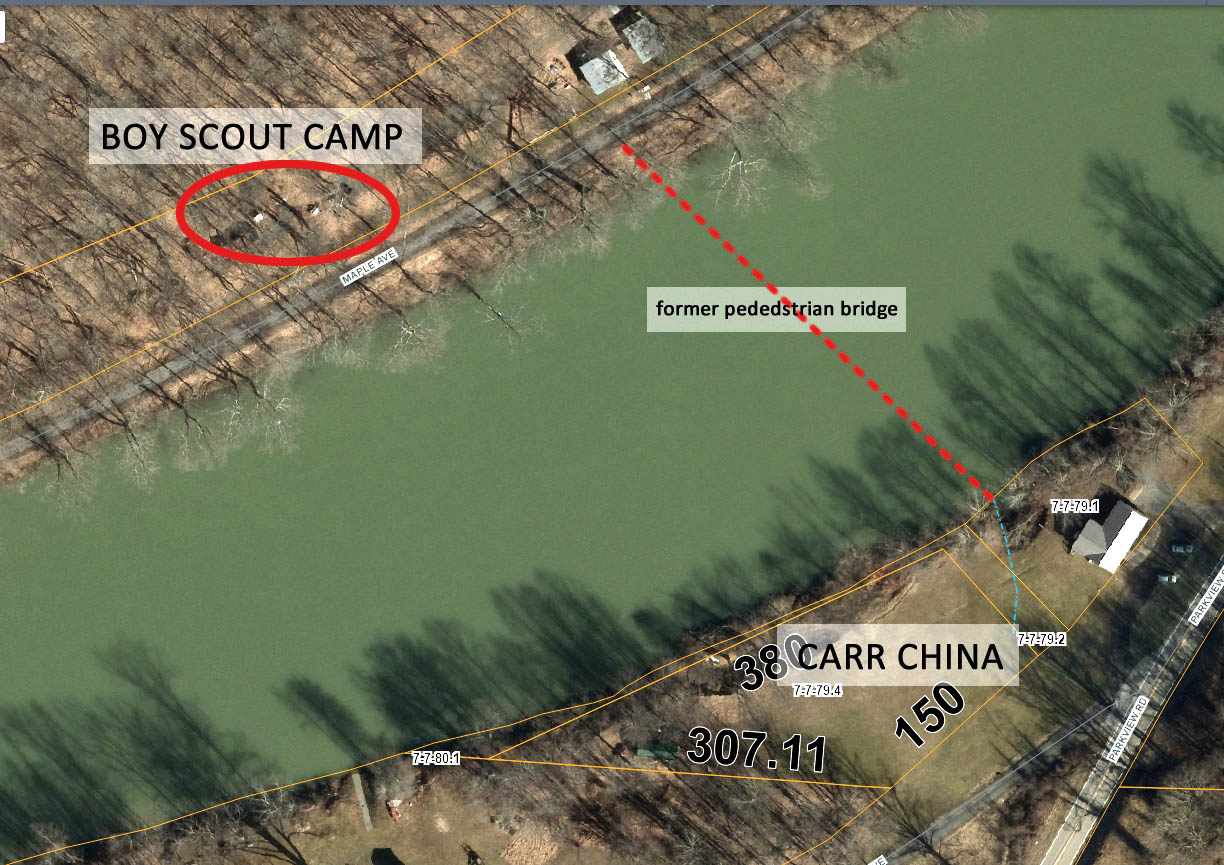 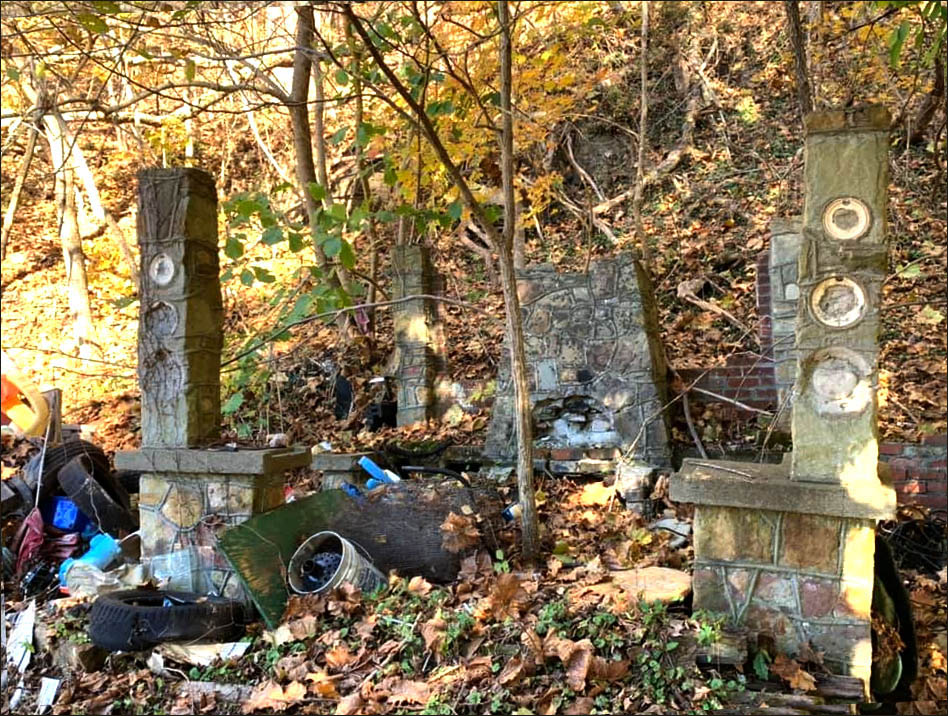 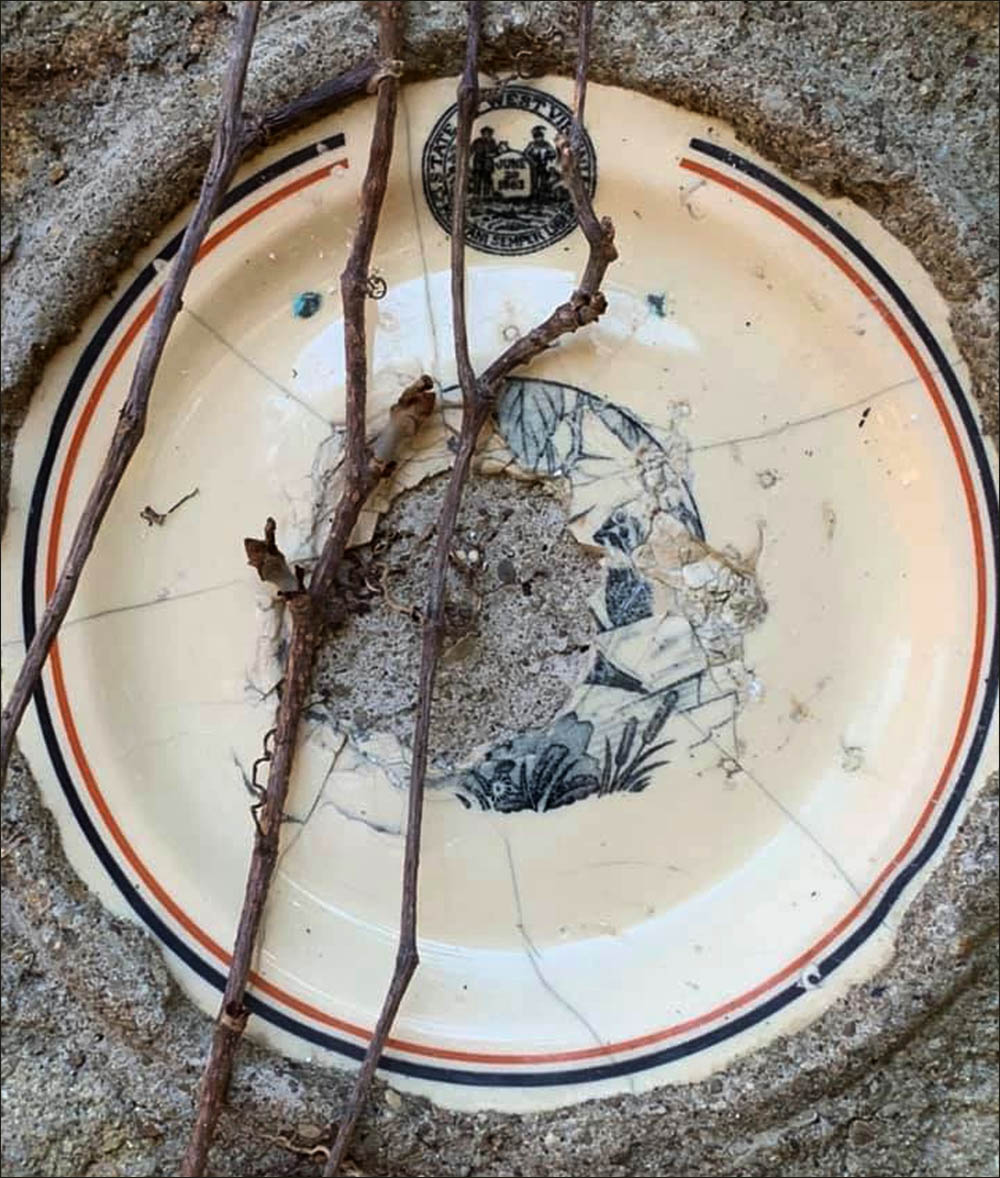 Notes: In the late 1940s, Wheeler Bachman, president of the Carr China Company, donated funds to build a Boy Scout Camp (Troop No. 3, Post No. 3) across the Tygart River from the Carr China plant. According to General Thomas C. Bartlett, former mayor of Grafton, West Virginia and former member of the Local Boy Scouts Council of Taylor County, the camp was named for LeRoy Edwards, who was a Grafton Eagle Scout in Troop 3 and who was killed by a train. His father had been a WWII veteran and was a superintendent with the Baltimore & Ohio Railroad at the time of the accident.

The troop and post numbers were identified based on a 1951 envelope, shown above, from the Levy Catalog website. It was noted in his obituary in the Wheeling News-Register that Bachman was "very active in the Boy Scouts of America."

At one time, the pillars on either side of the drive to the camp, which was located off of the Maple Avenue Extension in Grafton, West Virginia, were decorated with Tygart Dam and West Virgina State Parks plates from the Carr China plant. See the photos above, taken by Ed Babcock in 2021, showing the damage from vandalism and neglect.

It is not known when the camp was abandoned and closed, but at some point before it closed McNicol China, located in nearby Clarksburg, produced another order of china for the camp. It is interesting to note that although the Carr and McNicol designs are similar, close inspection shows many subtle differences indicating that a second cylinder was engraved by McNicol for the order.

White body plates with two thin green lines around the border. In the right center of the well is a drawing of the entrance to the Boy Scout Camp showing stone pillars on either side of entrance and a one-story stone building on the right just inside the entrance.