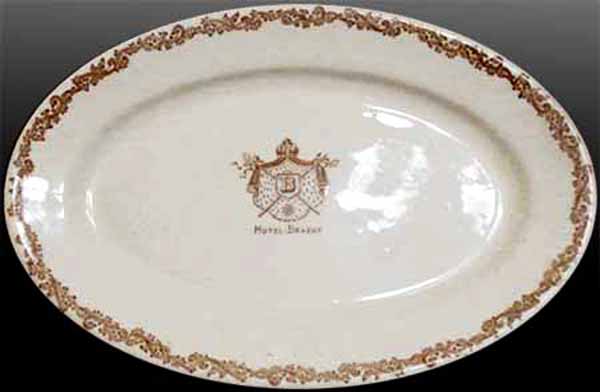 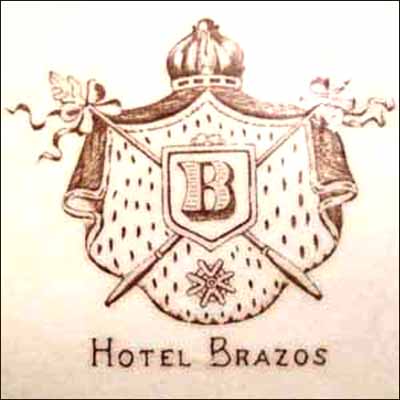 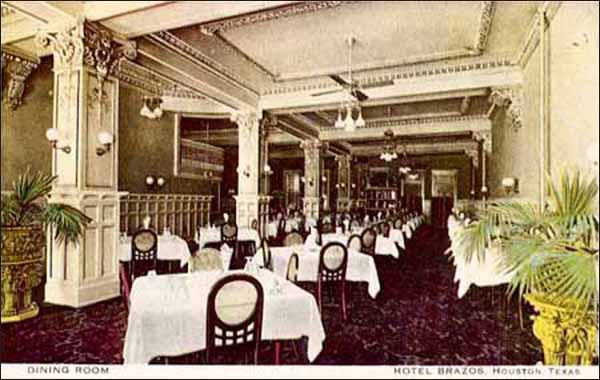 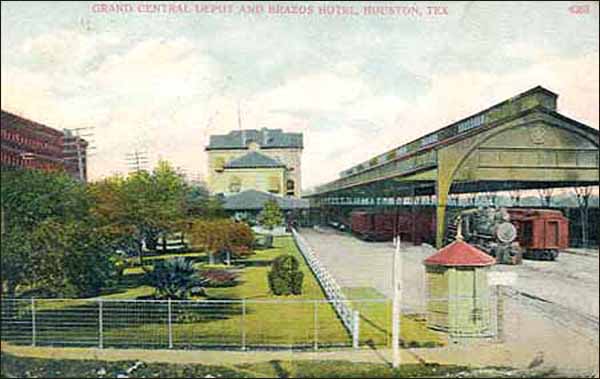 Notes: Earliest reference, 1903 – four floors, 250 rooms. The hotel was built across the street from the Southern Pacific railroad station in Houston, TX. It was razed in 1931 to make way for a new Southern Pacific station. The Brazos was relocated to an existing structure located at 608 Preston Street. The new Brazos was not as successful as the first and the second building was destroyed in 1980.