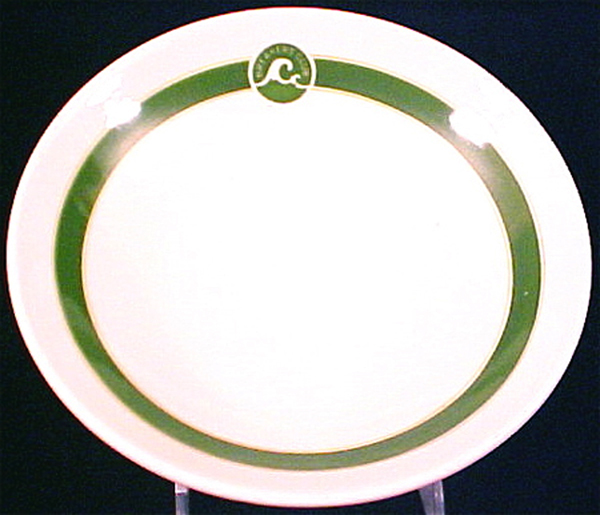 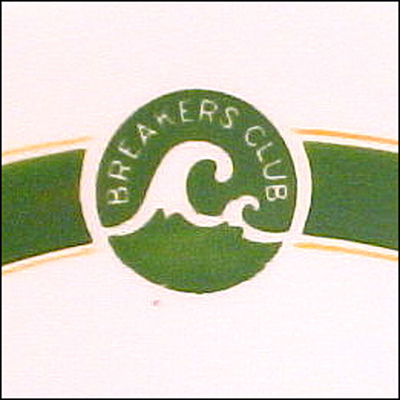 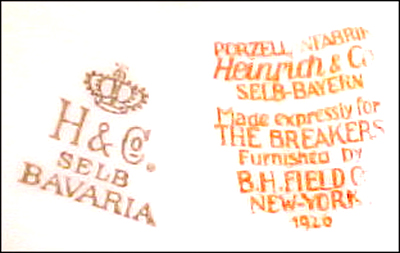 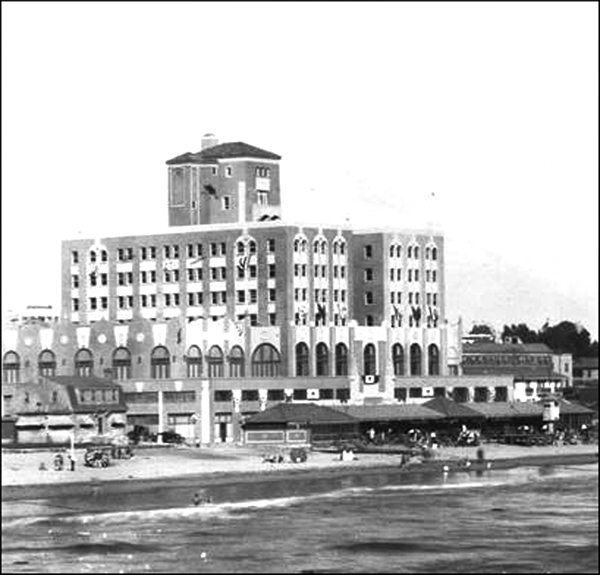 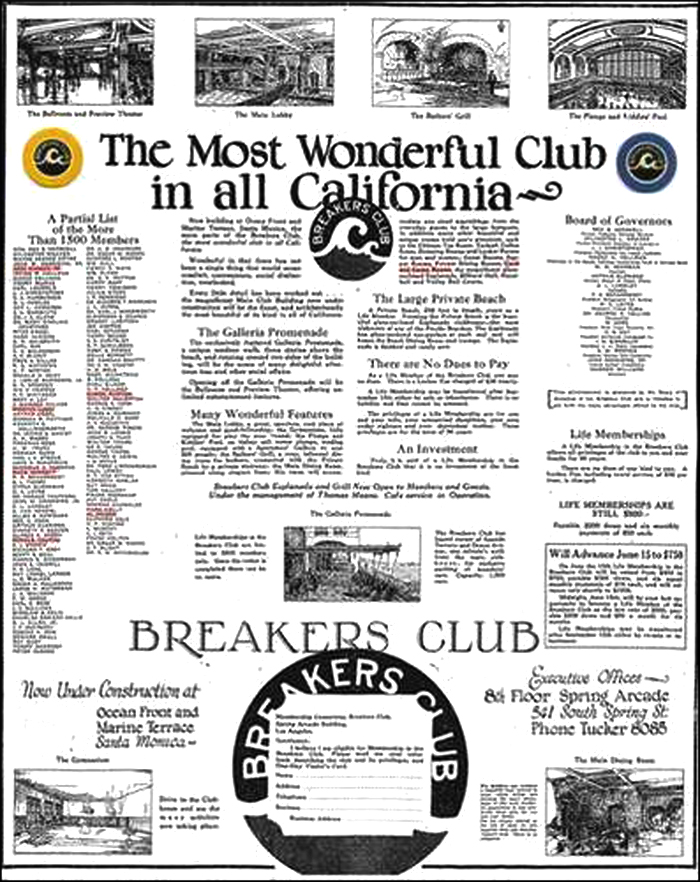 Notes: In June 1926, the Breakers Club was built at 1725 The Promenade (now the Ocean Front Walk) in Santa Monica, Calif. According to a single page advertisement featured in the Los Angeles Times on June 4, 1926, the exclusive life membership club was billed as "the most wonderful club in all California."

The club boasted a Galleria Promenade, a Ballroom and preview Theater and many other features as noted in this ad excerpt:

"The Main Lobby, a great, spacious, cool place of welcome and good-fellowship; the Gymnasium, fully equipped for play the year 'round; the Plunge and Kiddies' Pool, an indoor salt water plunge, wading pool, equipped with a Spectators' Gallery to seat 500 people; the Bathers' Grill, a cozy, informal dinning room for bathers, connected with the Private Beach by a private stairway; the Main Dining Room, planned along elegant lines; this room will accommodate any sized assemblage from everyday guests to the large banquets. In addition many other beautiful and unique rooms hold one's attention, such as the Chinese Tea Room, Turkish Coffee Room, Dressing Rooms and Locker Room for men and women; Guest Rooms, Supper Rooms, Private Dining Rooms, Card and Game Rooms, the magnificent glass-enclosed Esplanade, Billiard Hall, Handball and Volley Ball Courts."

The Breakers Club soon became the Grand Hotel of Santa Monica, Calif., and for a period thereafter, was the Chase and Monica Hotels, before being converted to the Sea Castle apartments in the 1960s. The structure was severely damaged in a 1984 earthquake and later burned to the ground. Since then, a new residential apartment structure has been built on the site, and is named in homage, the SeaCastle.

Click here to view more venue photos and images of the poker chips that were used in the Breaker Club Card and Game Rooms.

This comport was part of the original order for the Breakers Club. White bodied comport with green band and mustard lines on either side of the band. Topmarked "Breakers Club" with a green circle logo featuring breaking waves.