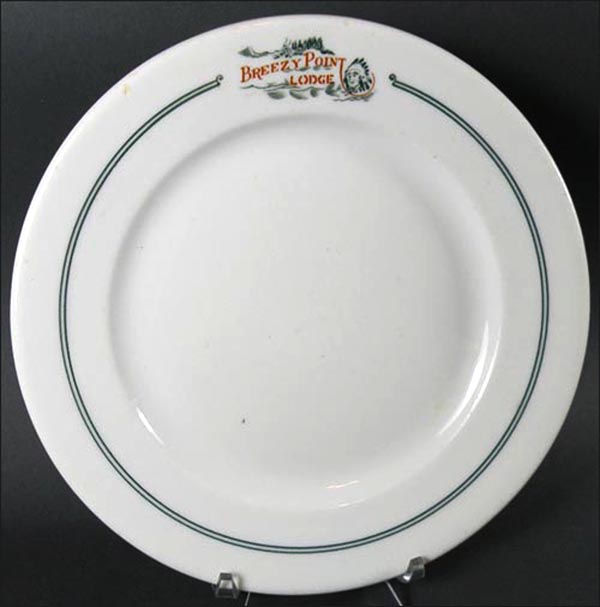 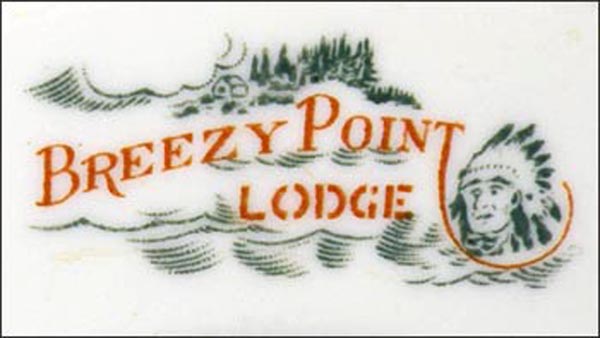 Notes: This plate was used at Breezy Point Lodge, located in Pequot, Minn. – still open and now called Breezy Point Resort (2013). The resort's website gives an exhaustive history, spread over many, many issues of its quarterly newsletter.

A Captain Billy Fawcett bought the property on 80 acres along Pelican Lake, and in 1924 he began planning for the Breezy Point Lodge that would be designed to blend in with the rest of the Northwoods structures. Massive Minnesota Norway pine logs were used from along the Canadian border, some more than 70 feet long. The lodge opened on June 10, 1925, and became a destination for celebrities like Clark Gable, Carole Lombard, Tom Mix and Jack Dempsey.

The Scammell's Trenton China plate has double green lines around the rim, ending in the curlicues that were so typical of 1920s restaurant china. The lines are interrupted by the Breezy Point Lodge logo in red with an American Indian in feather headdress in dark green.