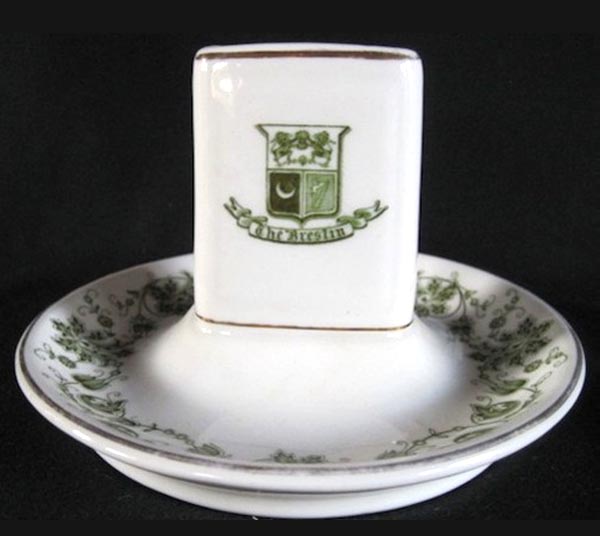 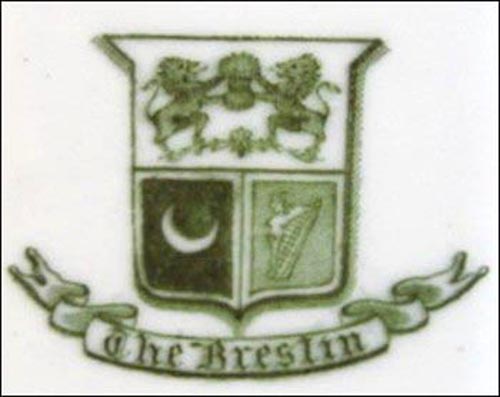 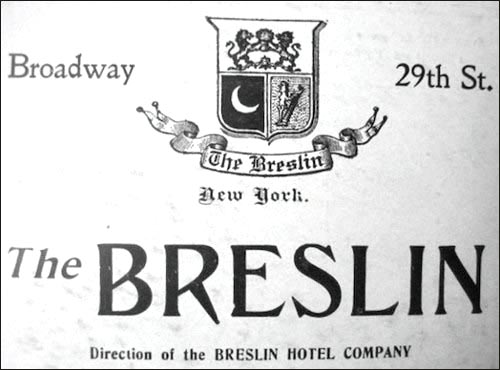 Notes: The Breslin was located at 1186 Broadway at 29th Street in New York City.

James Breslin, owner of Gilsley House at 29th and Broadway, purchased Sturtevant House across the street at 1186 Broadway. The old hotel was razed and Clinton & Russell, architects, were commissioned to design a new structure on the site. The French Renaissance building was completed in 1904 at a cost of $1 million.

After Breslin's death in 1906, the hotel changed hands several times and by 2007 it was an SRO and quite run down. In 2010, after extensive renovations, the Breslin became the Ace Hotel, with street level stores and modern hotel rooms.