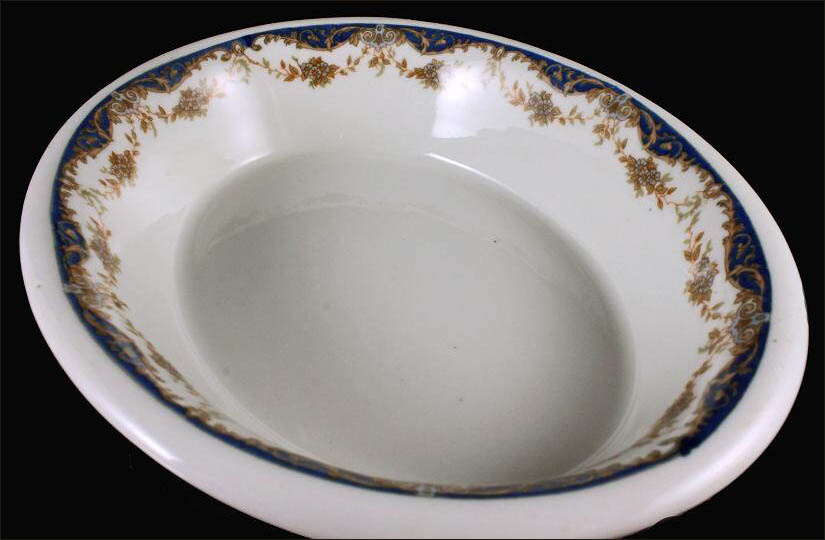 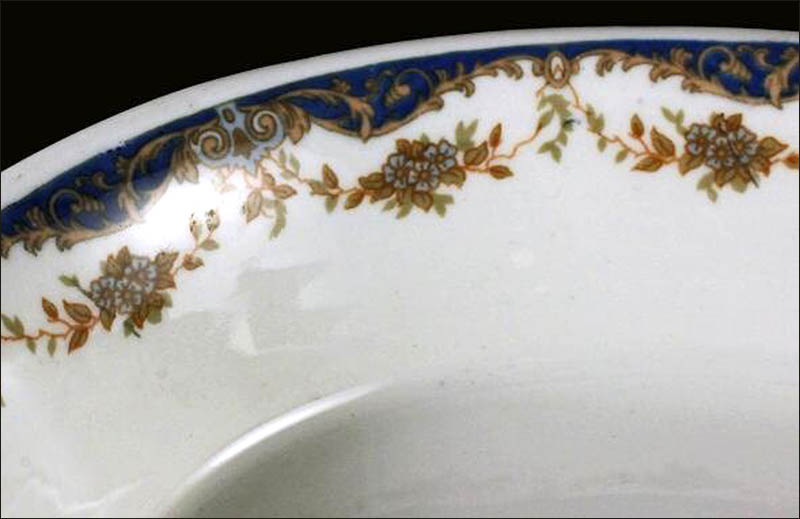 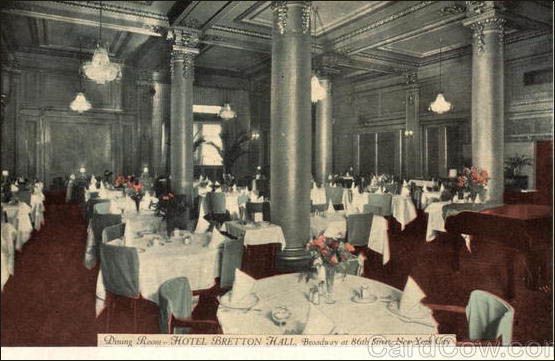 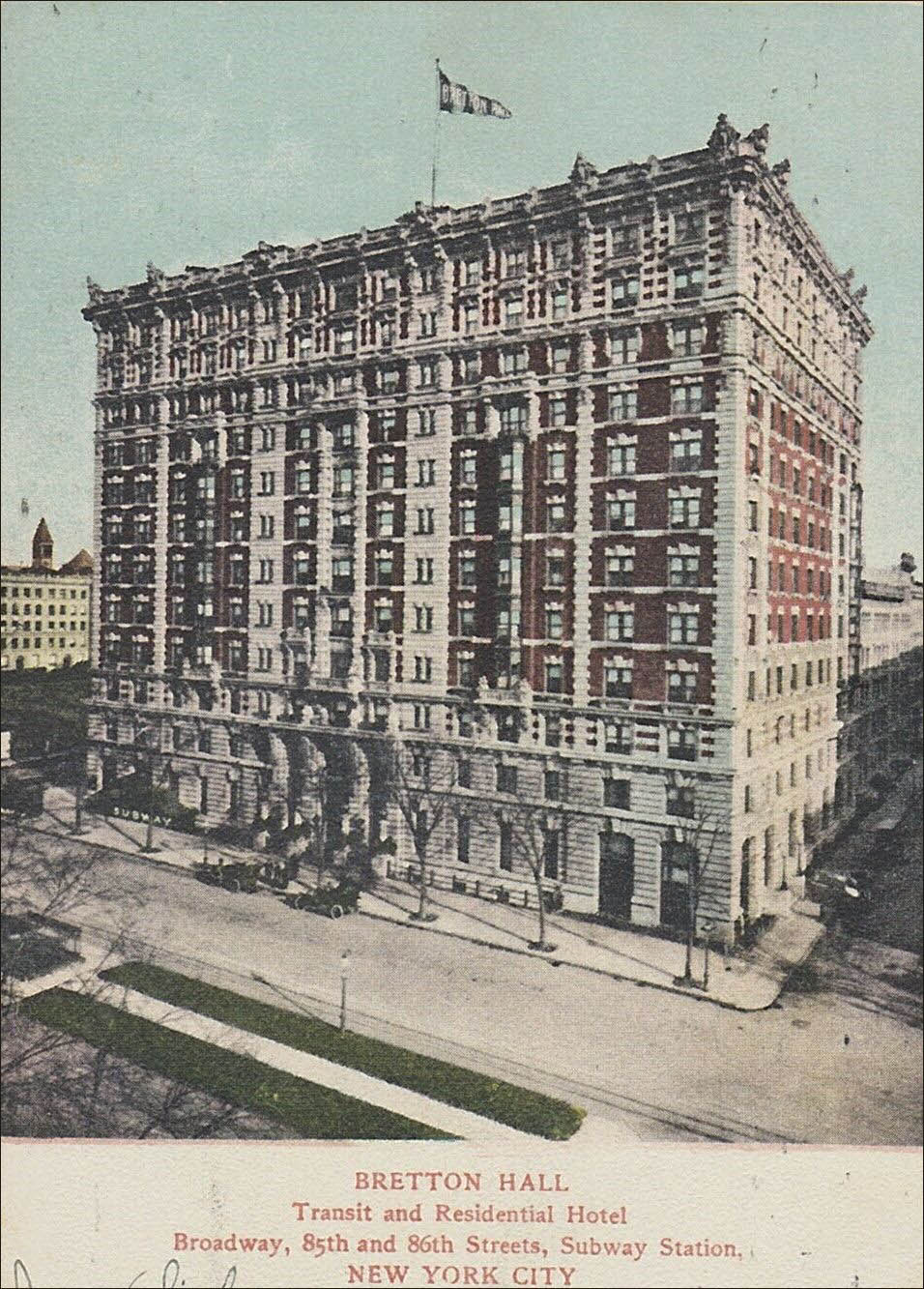 Notes:  The 13-story Bretton Hall opened in 1903 as an apartment hotel with 187 suites, 506 bedrooms, 231 baths, and 385 toilet rooms. It contained a dining room that could be used by the apartment and hotel guests, as well as the general public.

Maddock Pottery produced the Bretton Hall china service, which has a blue and brown decal border of scrolls and floral cluster swags. The backstamp states that it was "made especially for Hotel Bretton Hall." However, this border was not used exclusively for the hotel. It was used by other Lamberton Works customers, and later made by Scammell on Ivory body china.