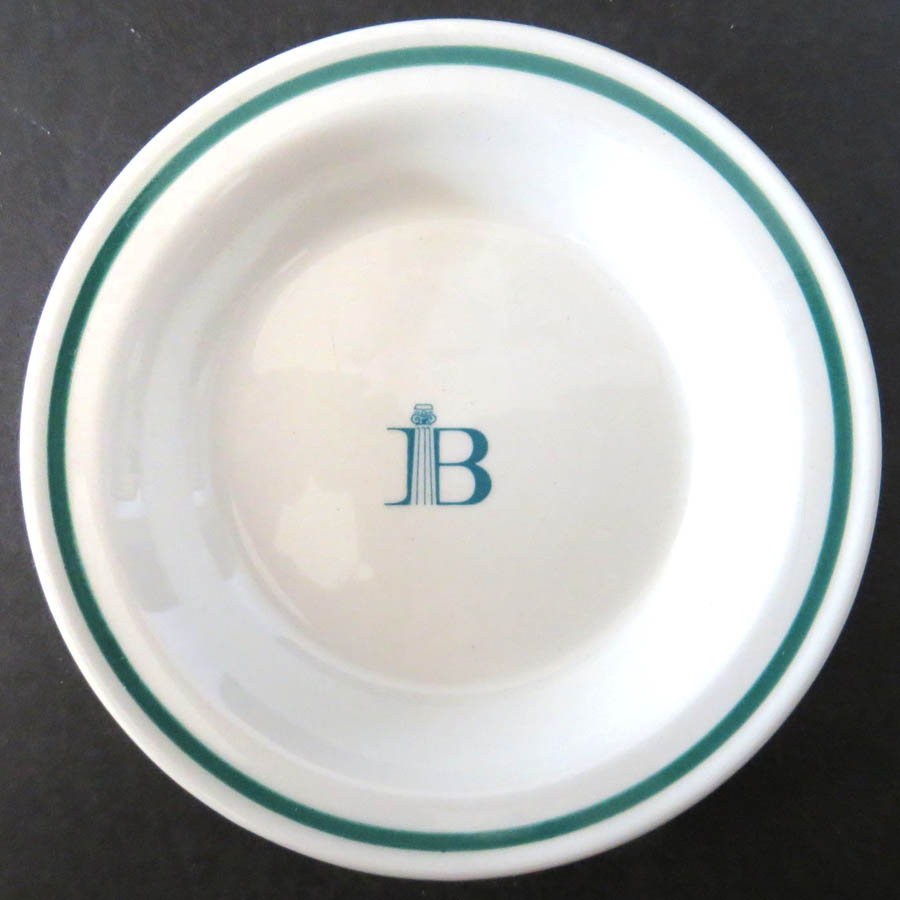 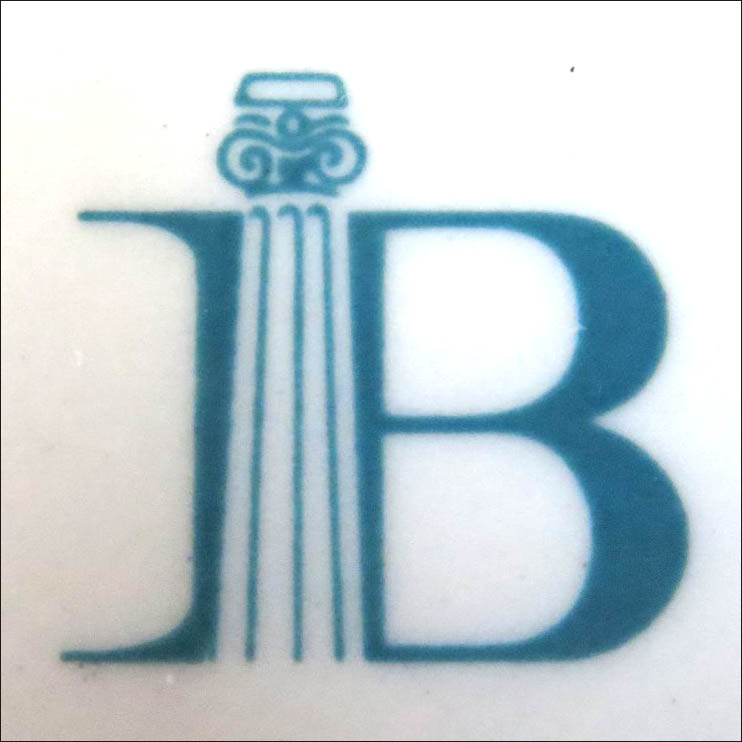 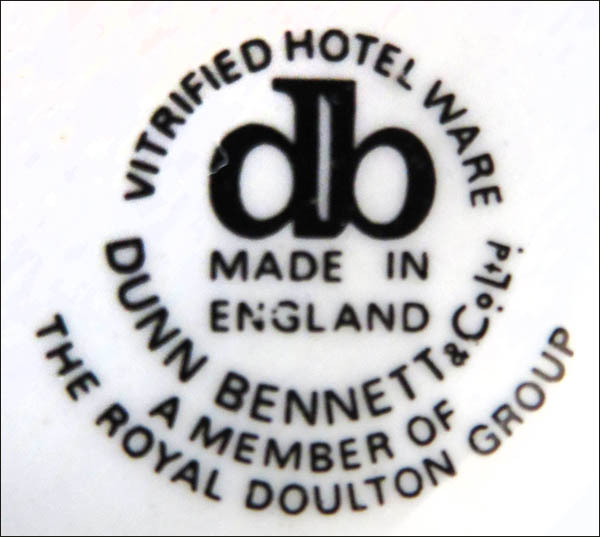 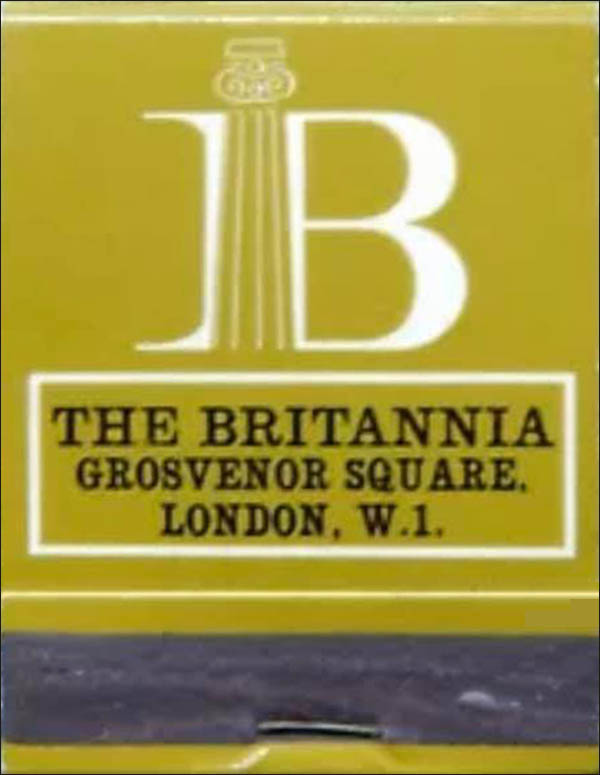 Notes: From Wikipedia, construction on the Britannia Hotel, which faces Grosvenor Square in London, England, was completed in 1969. After acquisition by Inter-Continental Hotels, it became Britannia Inter-Continenal London in 1981.

The hotel's Pine Bar was the site of the 2006 poisoning of Russian defector Alexander Litvinenko, who later died from the attack.

White body plate with a wide turquoise band around the center of the border. In center of the plate's well is a large turquoise B with an ionic column superimposed over the left side of the letter. Keyword: rwcnB