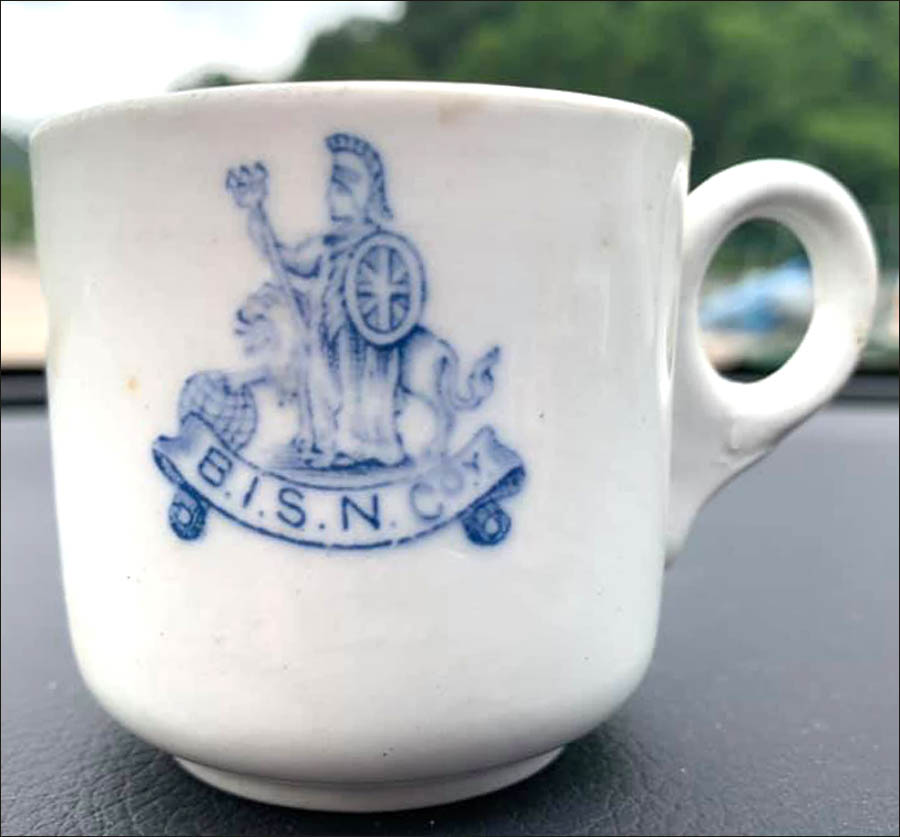 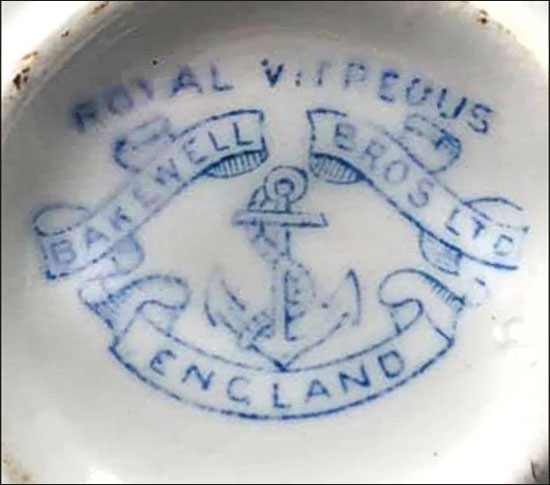 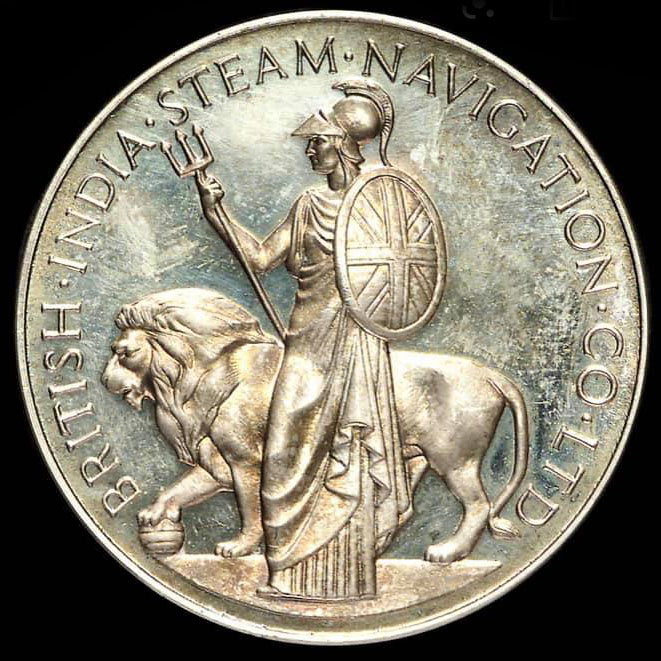 Notes: From Wikipedia, "British India Steam Navigation Company ("BI") was formed in 1856 as the Calcutta and Burmah Steam Navigation Company, which had been formed out of Mackinnon, Mackenzie & Co, a trading partnership of the Scots William Mackinnon and Robert Mackenzie, to carry mail between Calcutta and Rangoon. It became British India SN Co in 1862. Under the hand of Lord Inchcape, who had become chairman in 1913, the company became part of the P&O group of companies in 1914 through a complex amalgamation, but continued with its own identity and organization for another nearly 60 years until 1972, when it was entirely absorbed into P&O. In 1986 the last ship to sail under the B.I. flag UGANDA, was sold to Taiwan for scrap."

White body demitasse with the company's logo in blue on the side. The logo consists of a standing Roman soldier holding a trident in his right hand and a shield in his left standing in front of an obiedent lion. Under these two figures is a ribbon scroll containing the letters "B.I.S.N. Coy." Click here to see more examples of this pattern.

Bakewell Brothers Ltd. was an English pottery formed in 1927 by Wilfred and John Bakewell, the sons of Walter Bakewell, who was a former director of G.L. Ashworth and Cauldon Potteries, Ltd. The pottery was located in Hanley, England in the old Britannic Pottery building at the corner of High Street (now Old Town Road) and Broom Street. The pottery closed in 1943.