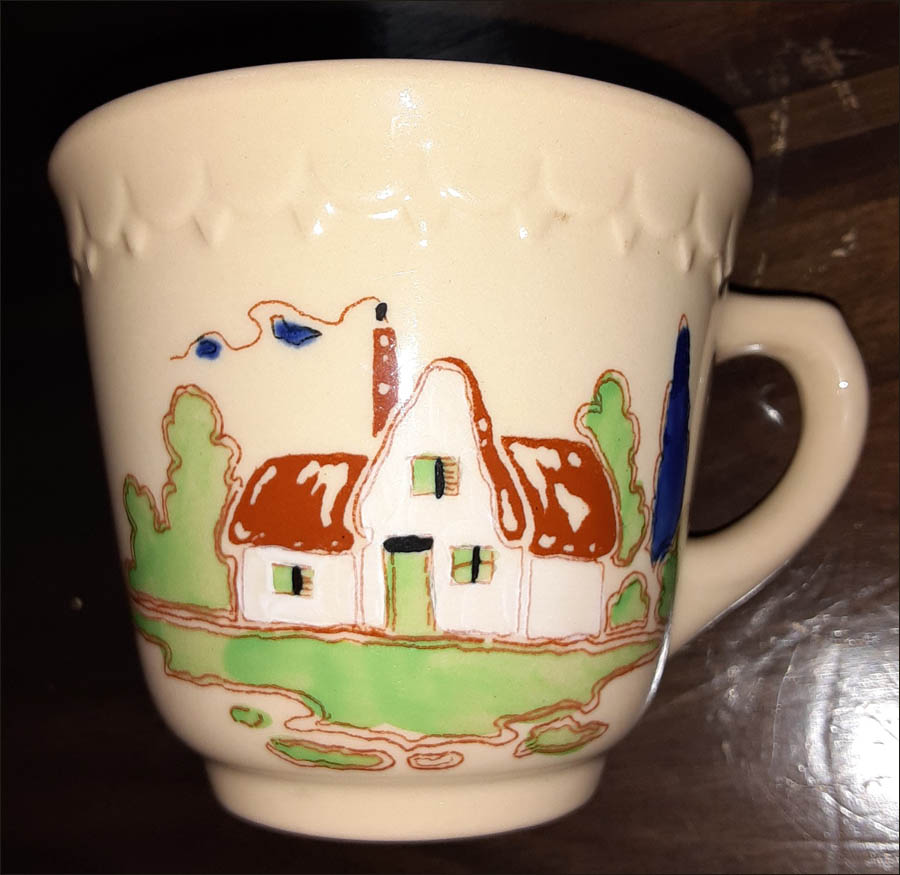 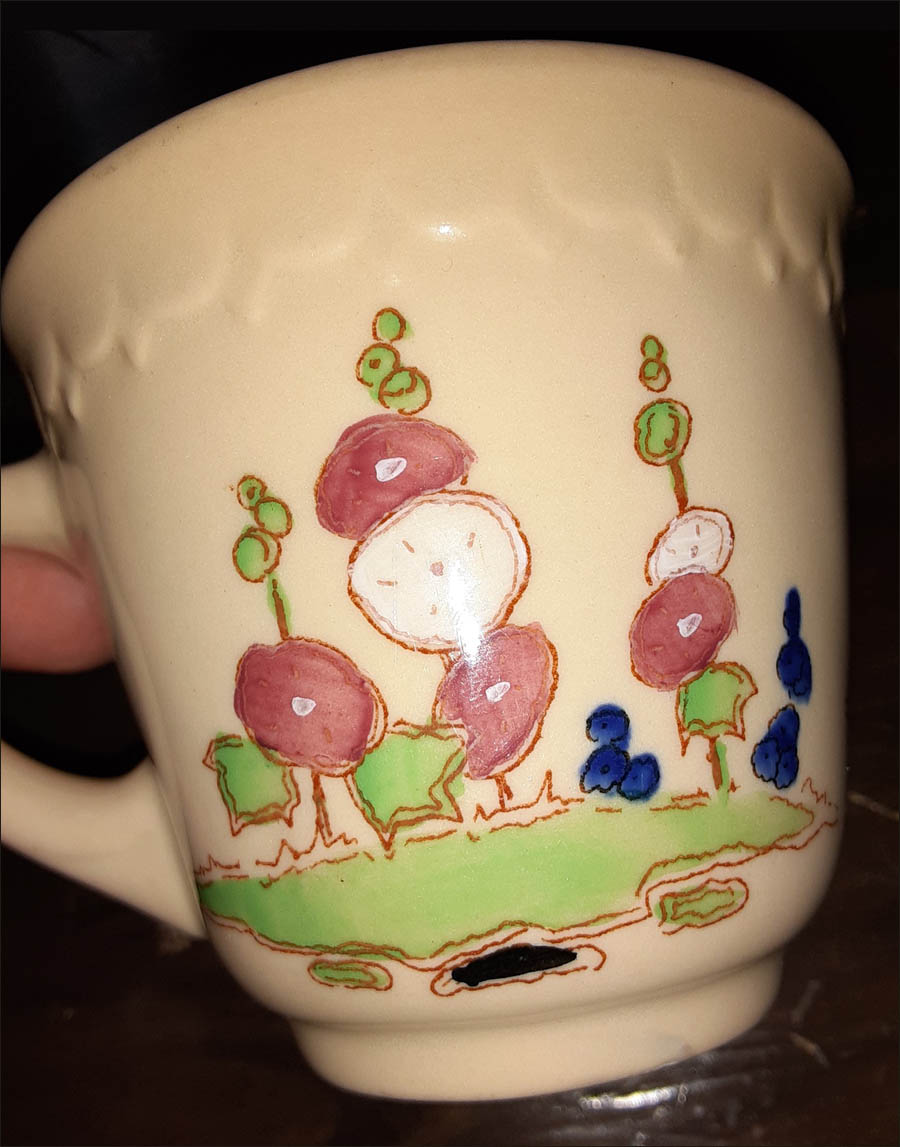 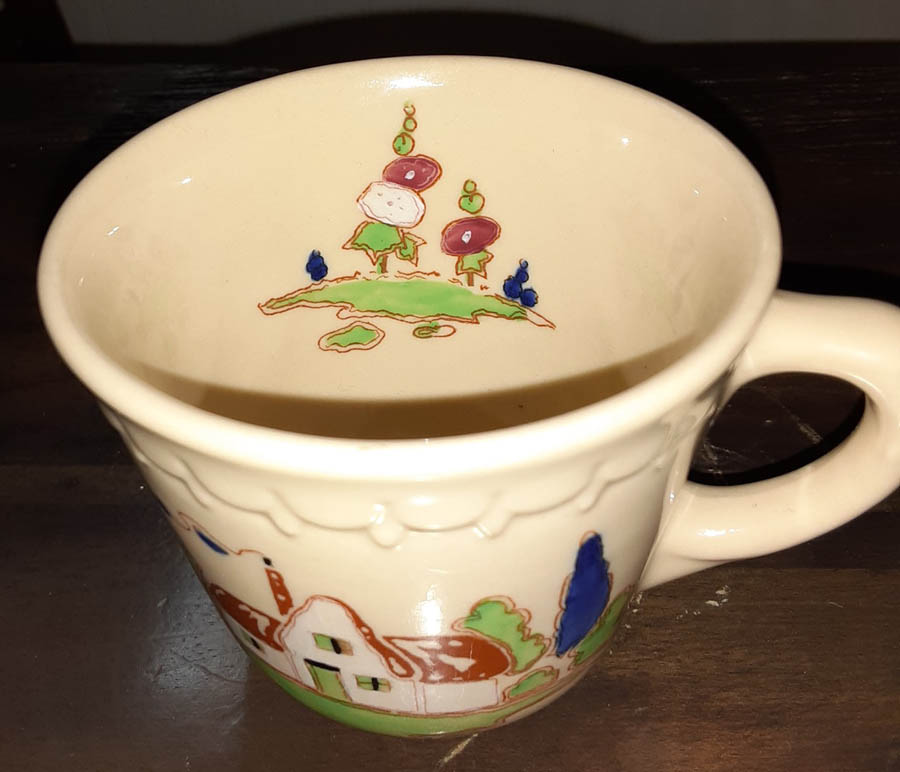 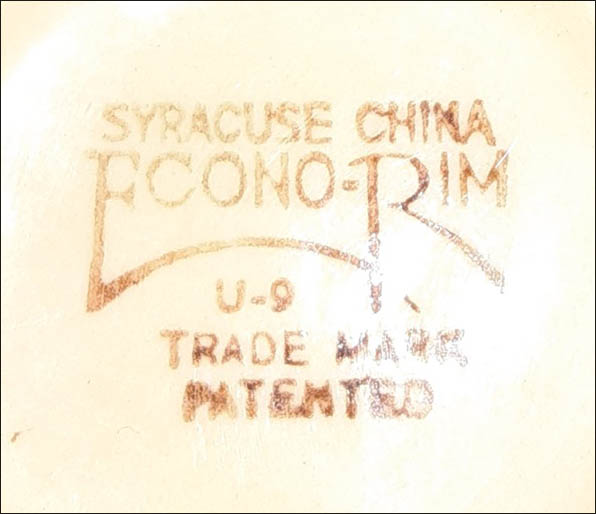 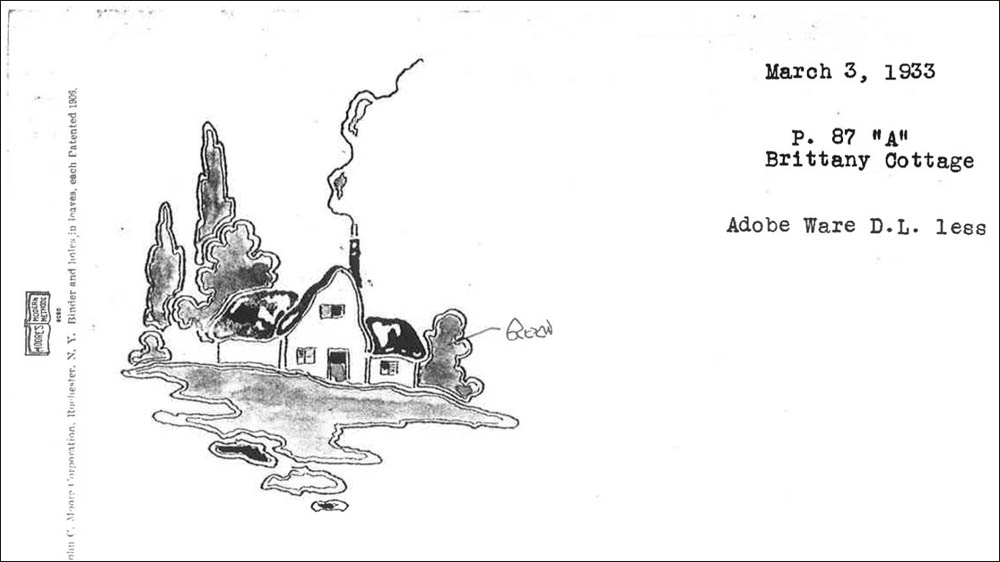 Syracuse Pattern Book - "A" Side 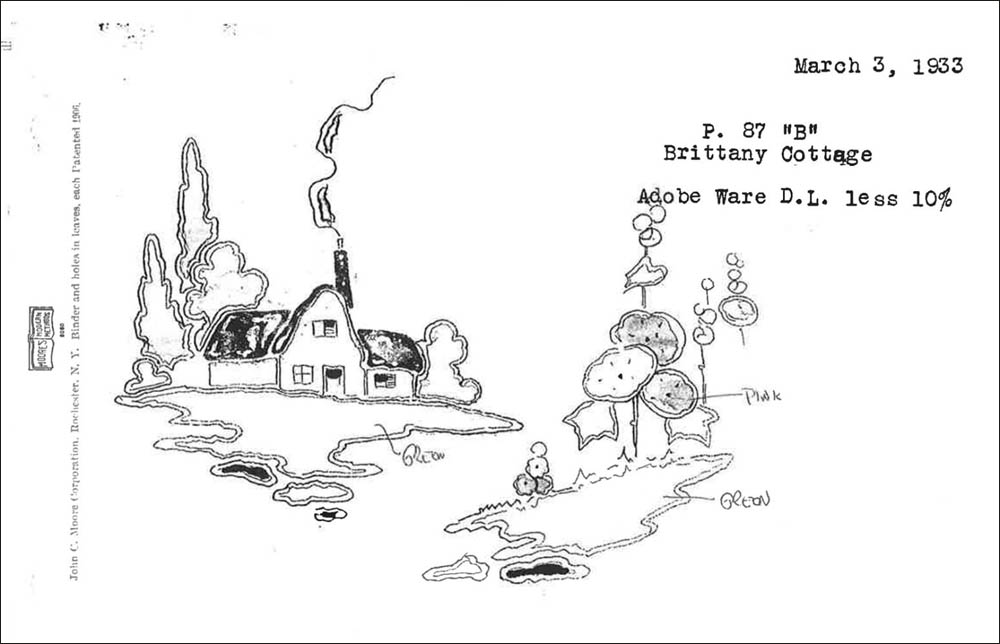 Notes: From the pages of a Syracuse China pattern book contributed by Larry Paul dated March 3, 1933 and shown above, we know that this pattern was designed to be used on Adobe Ware like the shown example.  However, examples have also been found on Syracuse China's Old Ivory body.

According to Larry, the Brittany Cottage "designs were originally painted with colors by hand. The outlines are transfers. Some designs were later converted to color decals that tried to capture the hand-painted look."

Adobe Ware on Econo-Rim cup with a stylized drawing of a white English cottage with red roof surrounded by greenery. On reverse side and in the well of the cup are stylized drawings of hollyhocks in reddish pinks, white, green and blue.