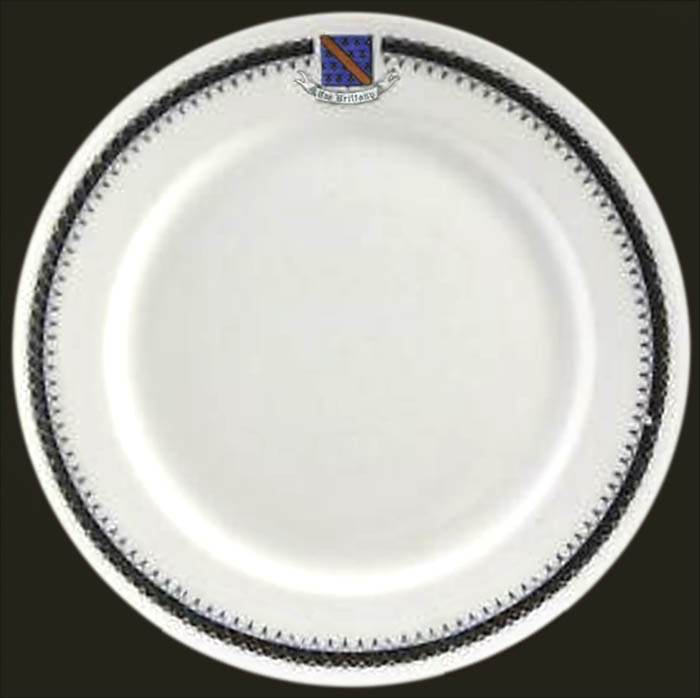 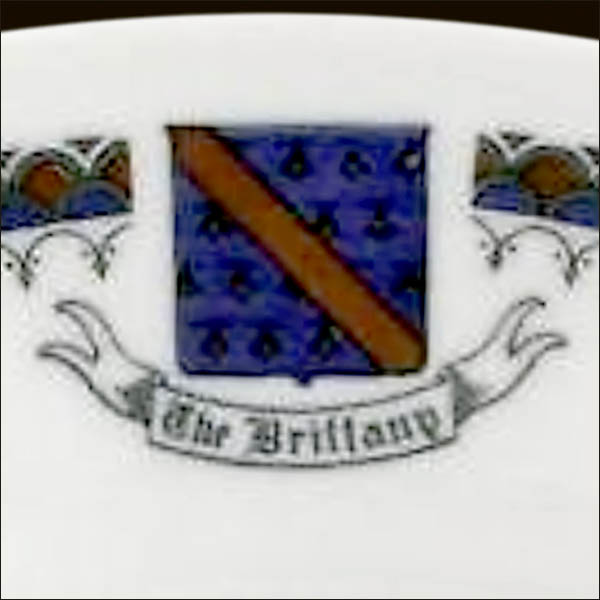 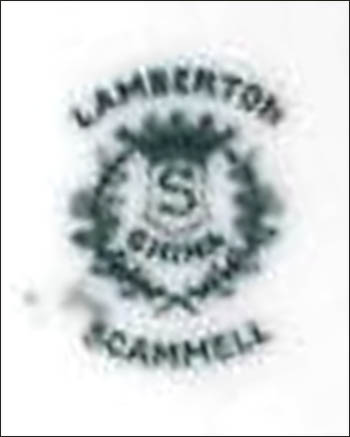 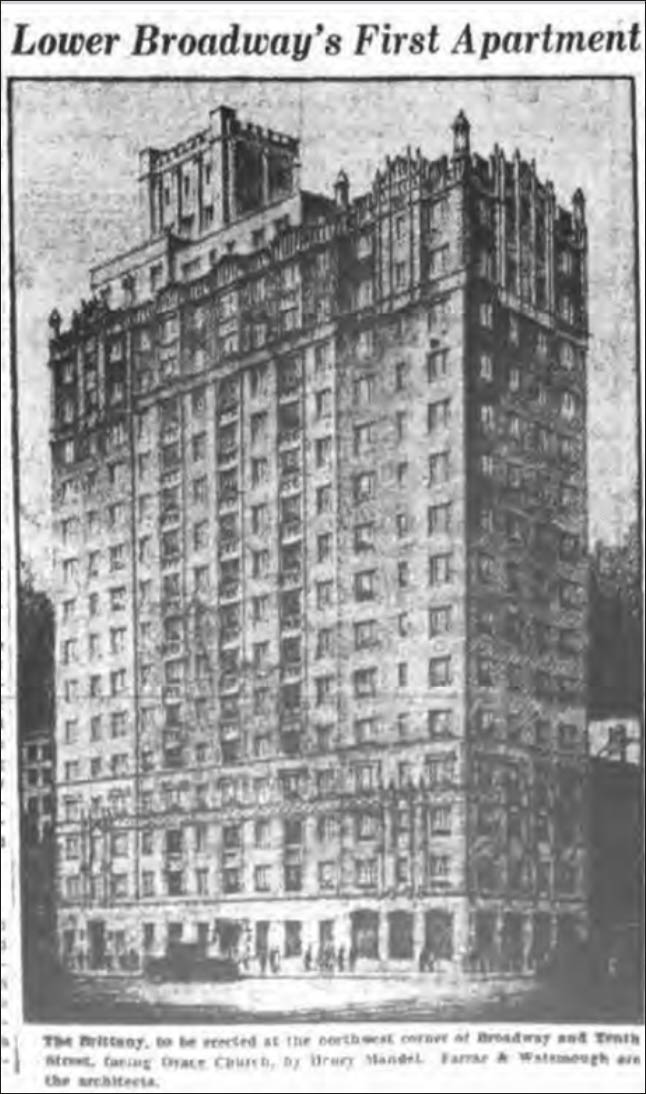 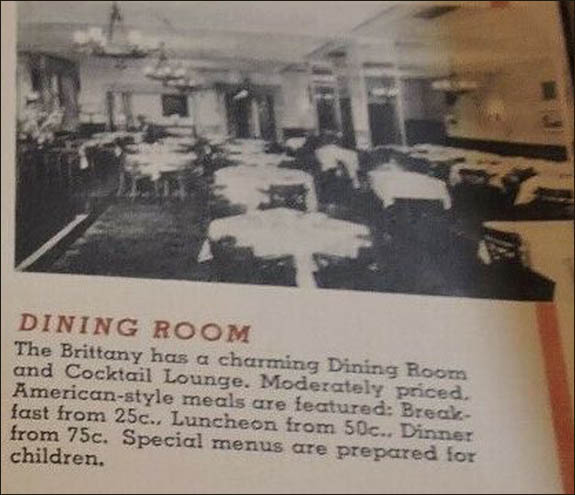 Notes:  Located at 55-59 East 19th Street in New York City, the 15-story Brittany, with about 245 rooms, opened in 1929. It had a dining room and a cocktail lounge. In 1934, the Brittany became part of the Roger Smith Hotels chain and may have had this original china replaced with Roger Smith china. In 1942, it became part of the Knott Hotels chain. Around 2001, it was purchased by New York University and converted into a dorm named Brittany Hall.

Scammell made the hotel's Lamberton china. It is crested with a blue background shield with a purple diagonal bar from upper left to lower right. There are a group of black elements in the blue sections. "The Brittany" is in a banner curved below. The decal border is a double row of purple and blue arches with an arched line facing the verge. This border was used by other customers.