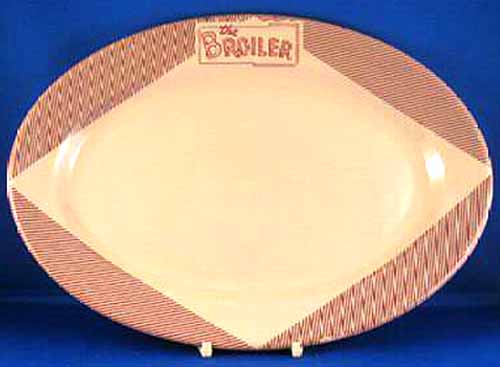 Notes: From The Broiler originally located at 10th & "J" Streets in Sacramento, CA. Founded in 1950 by Joe Anticevich, the restaurant was a popular venue for politicians and the courthouse crowd. The Broiler has had several owners over the years and relocated two blocks from its original location in 1999.  Apparently the restaurant closed in 2020.

Thick cross-hatched red border with "the BROILER" topmark on a tan body.