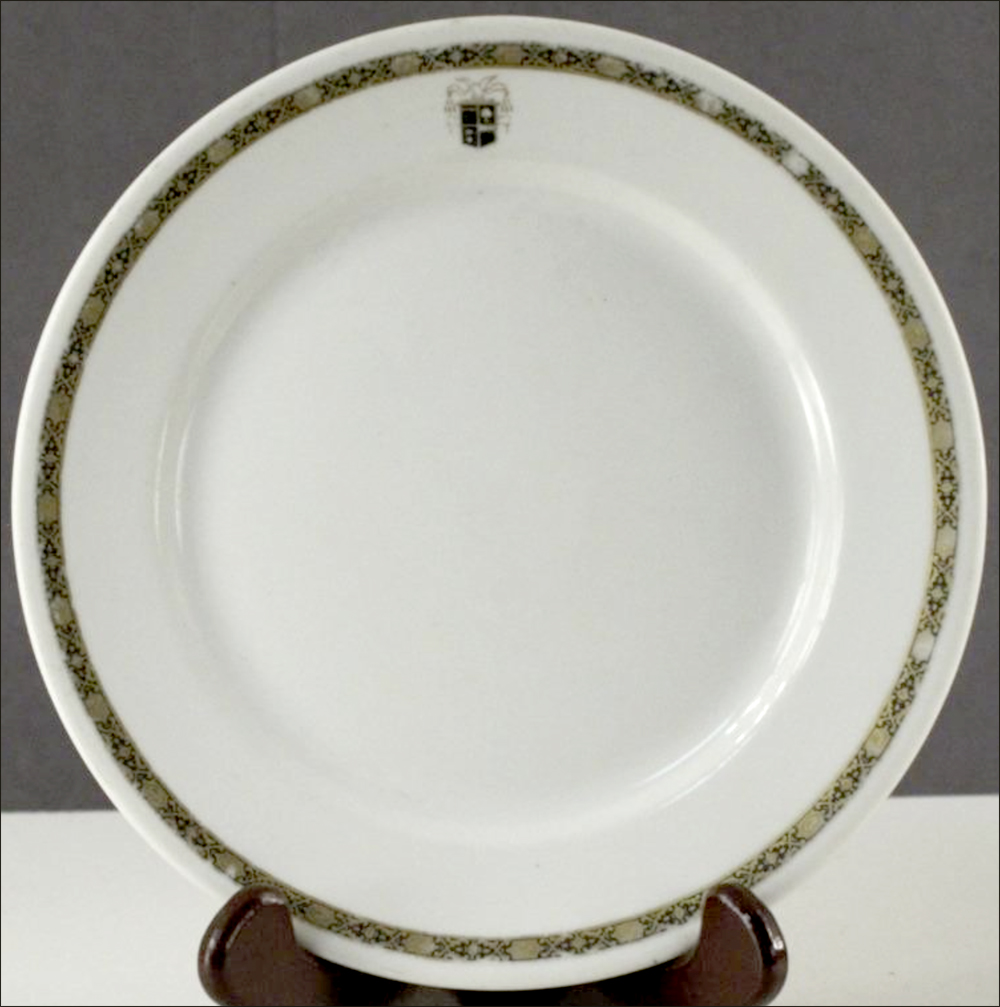 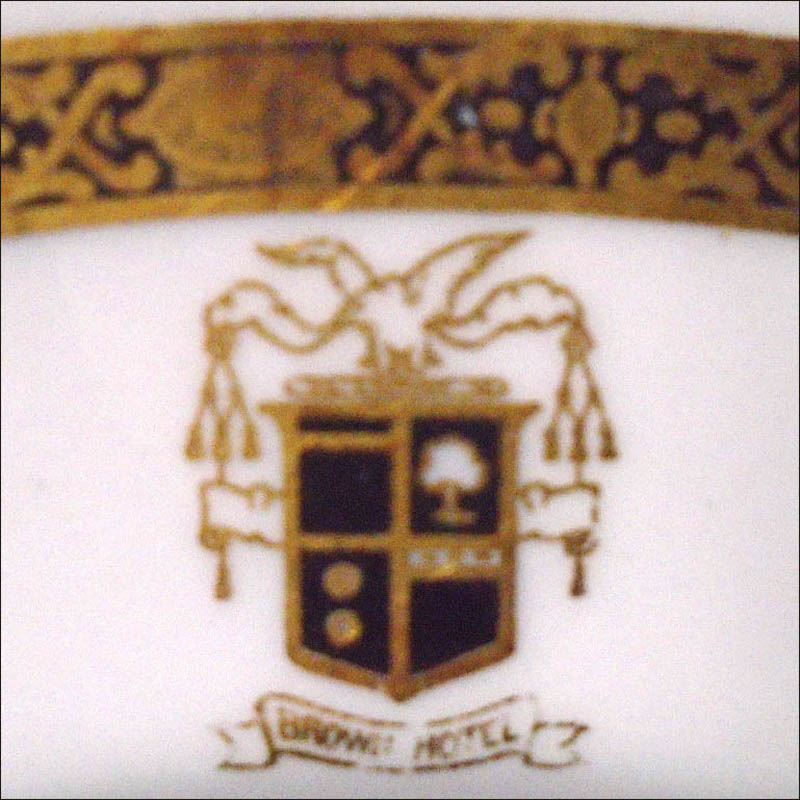 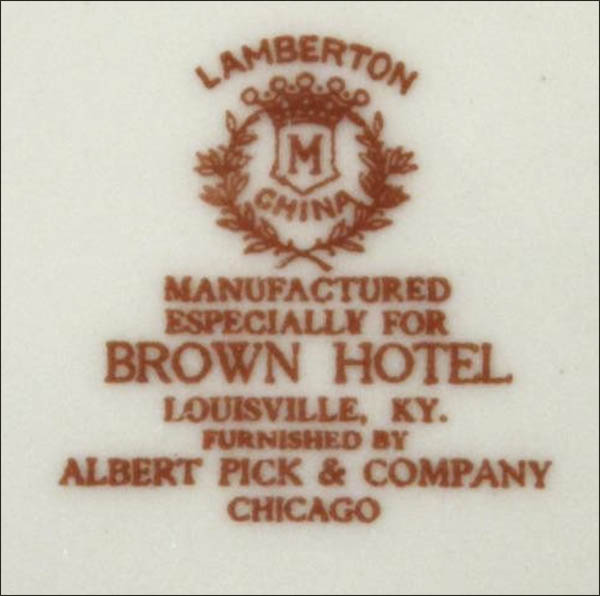 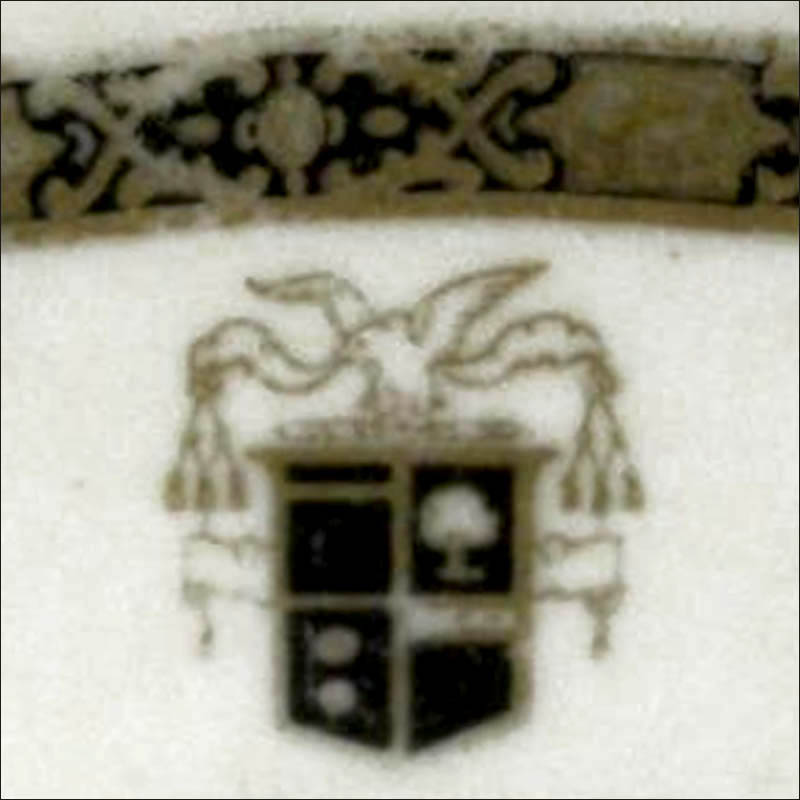 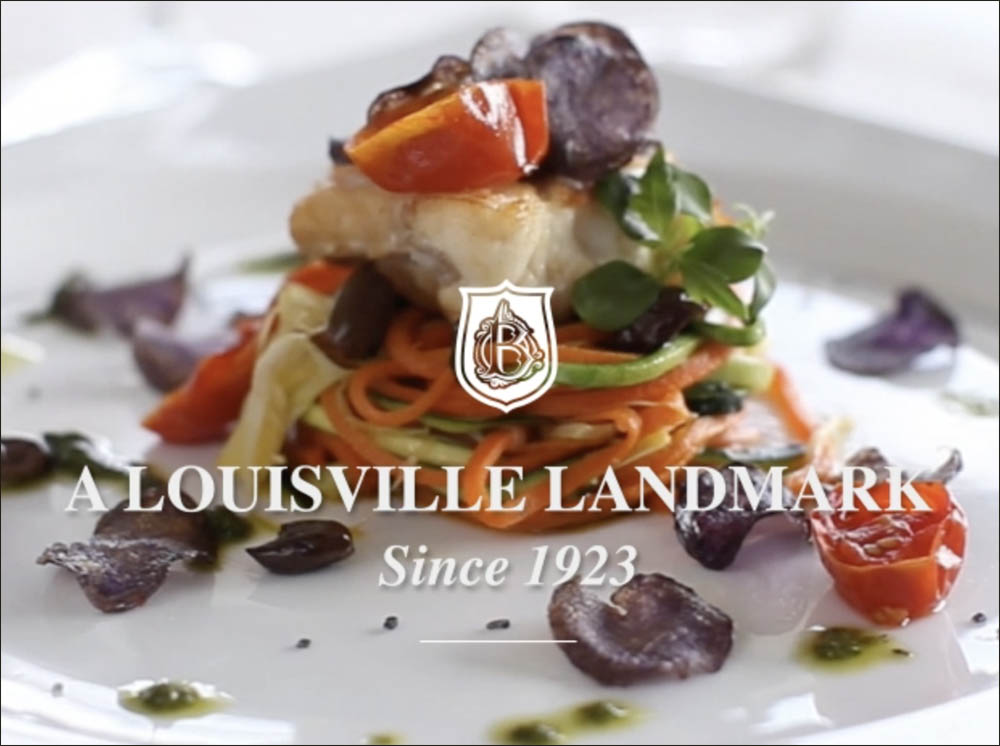 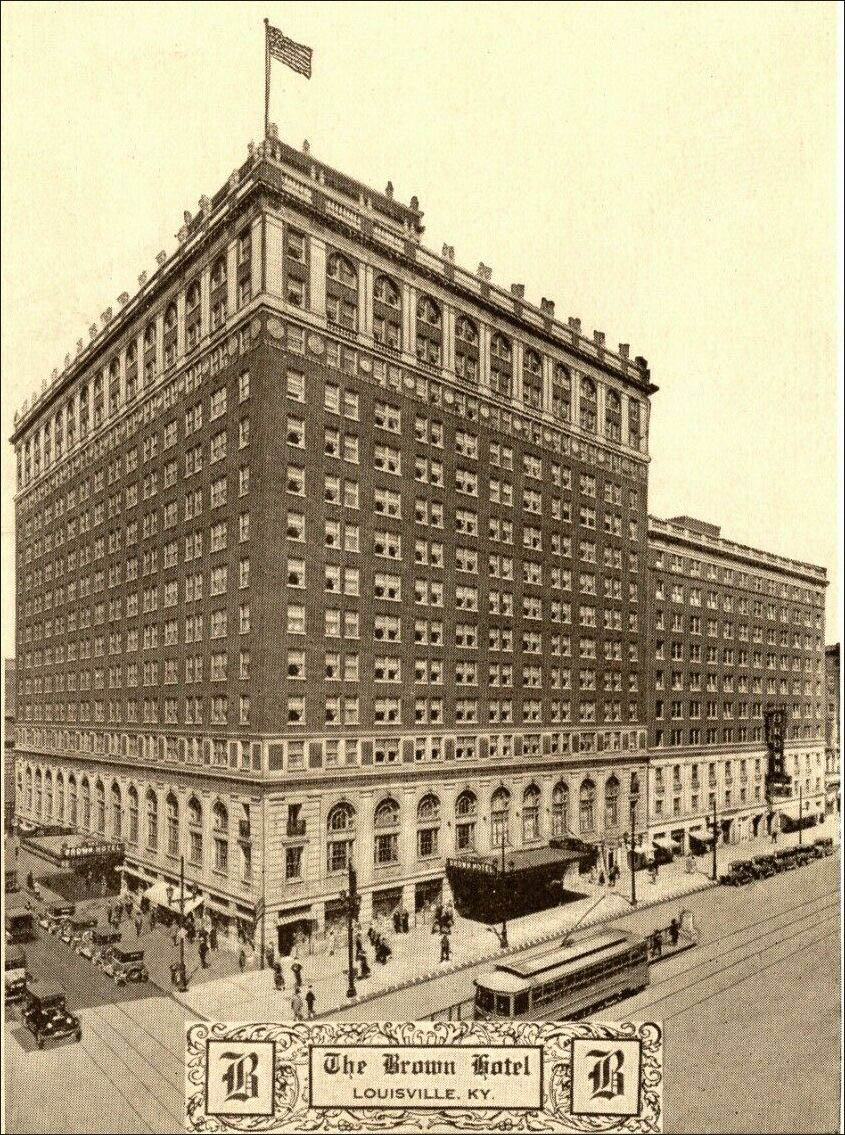 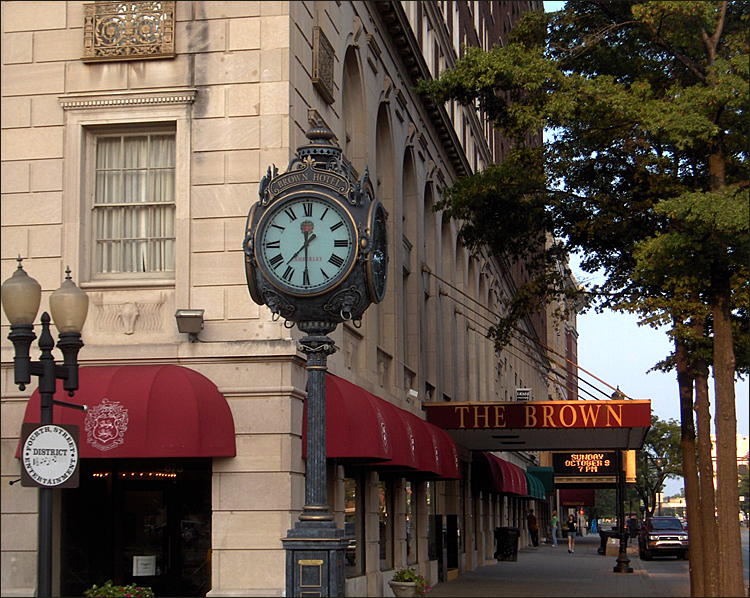 According to Wikipedia, "In 1926 the hotel chef Fred K. Schmidt introduced the Hot Brown sandwich, consisting of an open-faced turkey sandwich with bacon with a delicate Mornay sauce. The Hot Brown became rather popular among locals and visitors alike. The sandwich was featured on the 2002 PBS documentary Sandwiches That You Will Like."

The Brown continues to operate today, but now the china is plain white.

Maddock Pottery was chosen by supplier Albert Pick & Co. to make crested china for the Brown. The shield crest, in black and coin gold was placed below the black and gold border. This china service is back stamped for the Brown Hotel. After Scammell took over operation of the Lamberton Works they continued to produce this pattern, which at some point got a banner with "Brown Hotel" added below the shield. The Brown is listed in the 1931 Scammell Lamberton catalog as a customer.