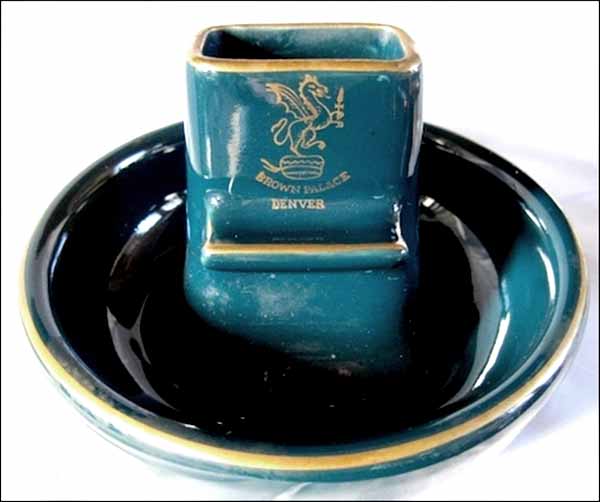 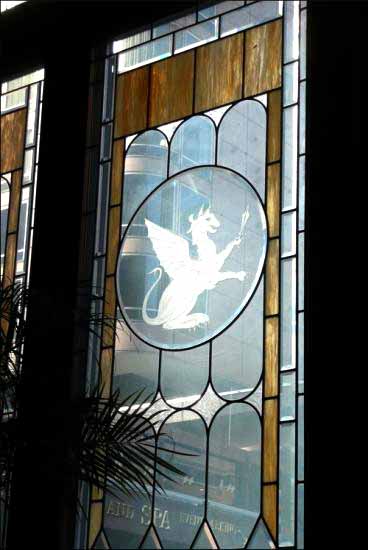 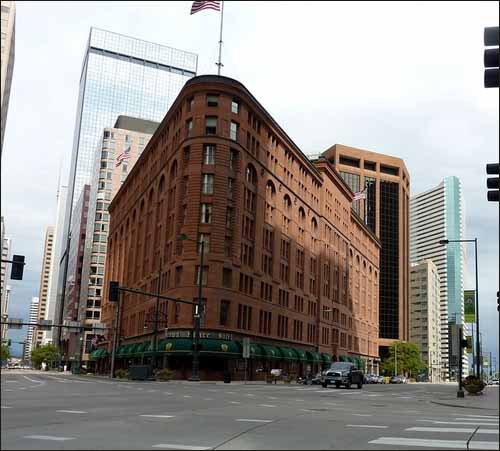 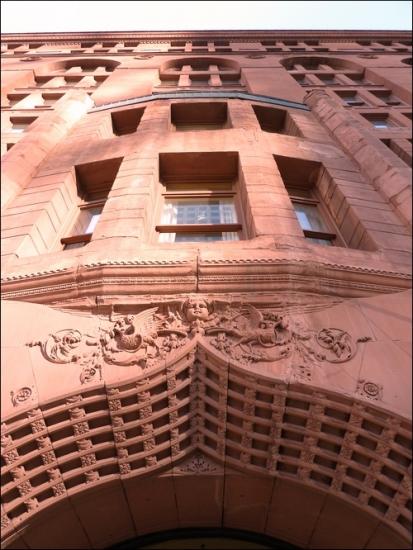 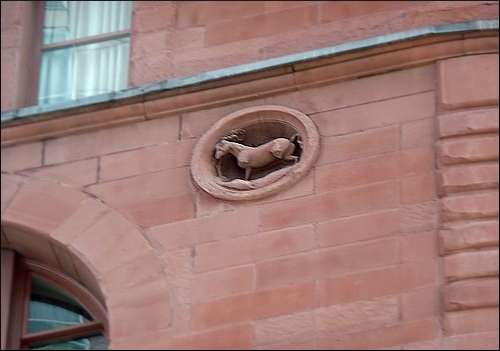 Notes: The Brown Palace Hotel & Spa is located at 321 17th Street in Denver, Colorado and is the second-oldest operating hotel in Denver after the Oxford Hotel. Designed by Frank Edbrooke, and built at a cost of $1.6 by Henry Cordes Brown, the original ten-story, 400-room hotel opened August, 12, 1892.

The Brown Palace was one of the first atrium-style hotels ever built with an eight-story atrium that soars above the lobby to a stained-glass roof. The interior was paved with Colorado granite, Arizona sandstone and Mexican white onyx. In 1892, the guest rooms rented for between $3 and $5 a night. There were two banquet halls, a ladies' ordinary (lounge) and a Grand Salon. The lobby housed a smoking room, a men's bar, a ladies' waiting room and at least 18 stores.

James Whitehouse and August Wirgler were commissioned to design and cut sandstone carvings for the exterior on the hotel in 1891. They created 26 medallions, each depicting a native Rocky Mountain animal, which can still be seen between the seventh floor windows (see exterior close-up photo below).