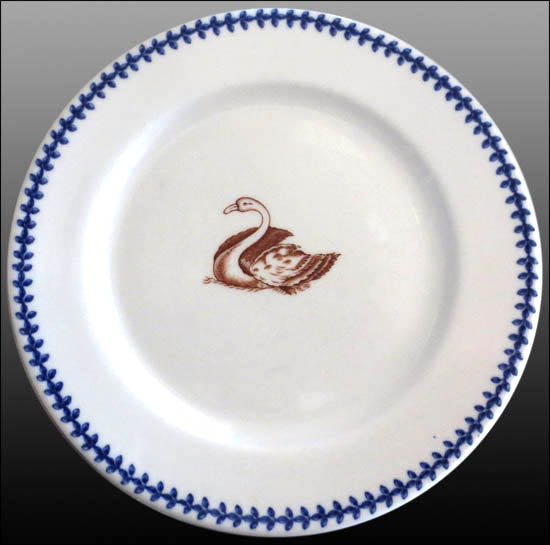 Notes: The Adirondack Museum at Blue Mountain Lake, N.Y., has photos of this pattern on its website with the information that it was used at the Brown Swan Club on Schroon Lake in New York.

The 100-room Brown Swan Club opened in 1916, according to the book "Gardens Adirondack Style," written by Janet Loughrey. She notes that "the club's motto was 'Large enough to be excellent, small enough to be personal.'" She adds, "In 1953, Brown Swan was sold to Word of Life, a Christian organization, which opened the club as a retreat." The Word of Life Inn is still open, as of 2015.

A deep blue clover border is on the rim of this plate and in the well is a nicely detailed image of a brown swan.

ID and photo contributed by chefjim